MG Motor had an array of products to showcase in the last edition of AutoExpo held earlier this year at Greater Noida. One of the products which garnered heavy attraction was MG ZS and yes we are talking about the petrol derivative and not the electric vehicle which is already on sale in India.

British-origin auto brand has been planning to launch the IC engine counterpart of the ZS EV in India and has been spotted testing on a couple of occasions before. Now, fresh spy images, courtesy automotive enthusiast Samir Joge, show the compact crossover being tested under heavy camouflage in Vadodara, Gujarat.

Even with heavy camouflage, some elements of the car can be distinctly seen. The design is in line with the facelifted ZS currently on sale in many international markets. Hence from the images, we can notice subtle differences from its EV compatriot which is based on the pre-facelift model.

For starters, it gets angular sleek-looking LED projector headlamps with a reworked front bumper giving a sharper look to the front end. The major difference being the addition of a honeycomb mesh grille and similarly designed air intakes below different from the 3-D spoked grille sported in ZS EV. Images of the side profile are absent hence cannot get to see the design of the alloys, if any. 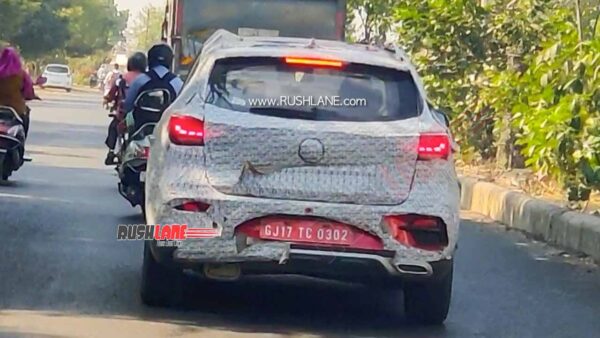 At rear, the taillights spotted were different from the ones presented at the AutoExpo earlier this year. It could be the case where the test mule is carrying a pair of auxiliary tail lamps. The rear diffuser and reflector assembly were also different from the units present on the electric crossover. What is clearly identified is MG’s octagonal logo embossed at front grille and rear boot lid. Other highlights at the exterior include roof rails, ORVMs with turn indicators and a rear skid plate.

There is no image giving us a sneak peek inside the cabin but going by the international-spec model, interior of ZS facelift is expected to be spacious with premium leather upholstery. It is also said to come with all the bells and whistles like a 10-inch infotainment system with Apple CarPlay, Android Auto and MG iSmart connectivity tech; digital instrument cluster, panoramic sunroof, air purifier and much more. 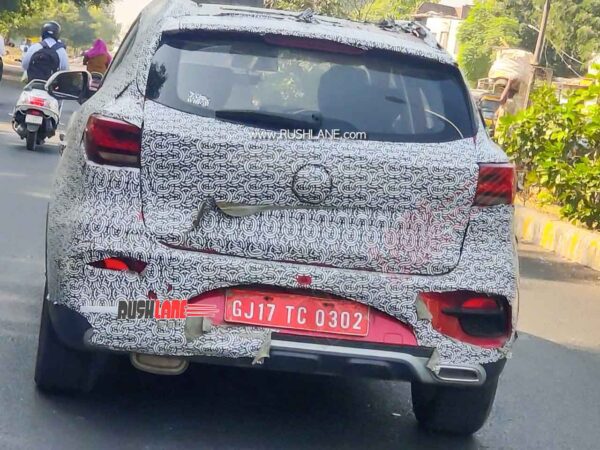 Speaking of its powertrains, like its international-spec models, it is likely to be offered with two petrol engine options- a 1.5-litre naturally aspirated unit and a 1.3-litre turbocharged unit. The former is good enough to produce 120 PS of maximum power and 150 Nm of peak torque while the latter cranks out 163 PS of power and 230 Nm of peak torque.

Transmission duties are expected to be carried out by a six-speed automatic as standard on the 1.5-litre unit and either a 5-speed manual or a CVT for the turbocharged unit. It is unlikely that MG would offer a diesel unit for this one, at least initially.

MG ZS will be placed below the Hector in MG Motor’s India portfolio. Judging by MG’s recent launches including Hector Plus and even Gloster and the competitive pricing at which they are offered, the ZS will be no different. Prices for ZS petrol are expected to start from Rs 9 lakh and go up to Rs 14 lakh (both prices ex-showroom). It will primarily compete with the Korean cousins- Hyundai Creta and Kia Seltos. One can expect it to launch sometime in first half of next year.