Yesterday morn’s popular public interest message, which read, ‘Modified Silencers are not Allowed’. It is a violation to modify silencers of motorcycles. Strict action shall be taken against such vehicles. As per section 190(2), Motor Vehicles Act, 1988: Such a violation is punishable for the first offence with fine of Rs 1000, and for second or subsequent offence with a fine of Rs 2000. The motorcycle can also be seized.

To make detection of such bikes easy, the force has appealed to the public – If anyone is found riding a motorcycle with modified silencers, plesae share his/her information on Chandigarh Traffic policeWhatsapp No – 9779580985. 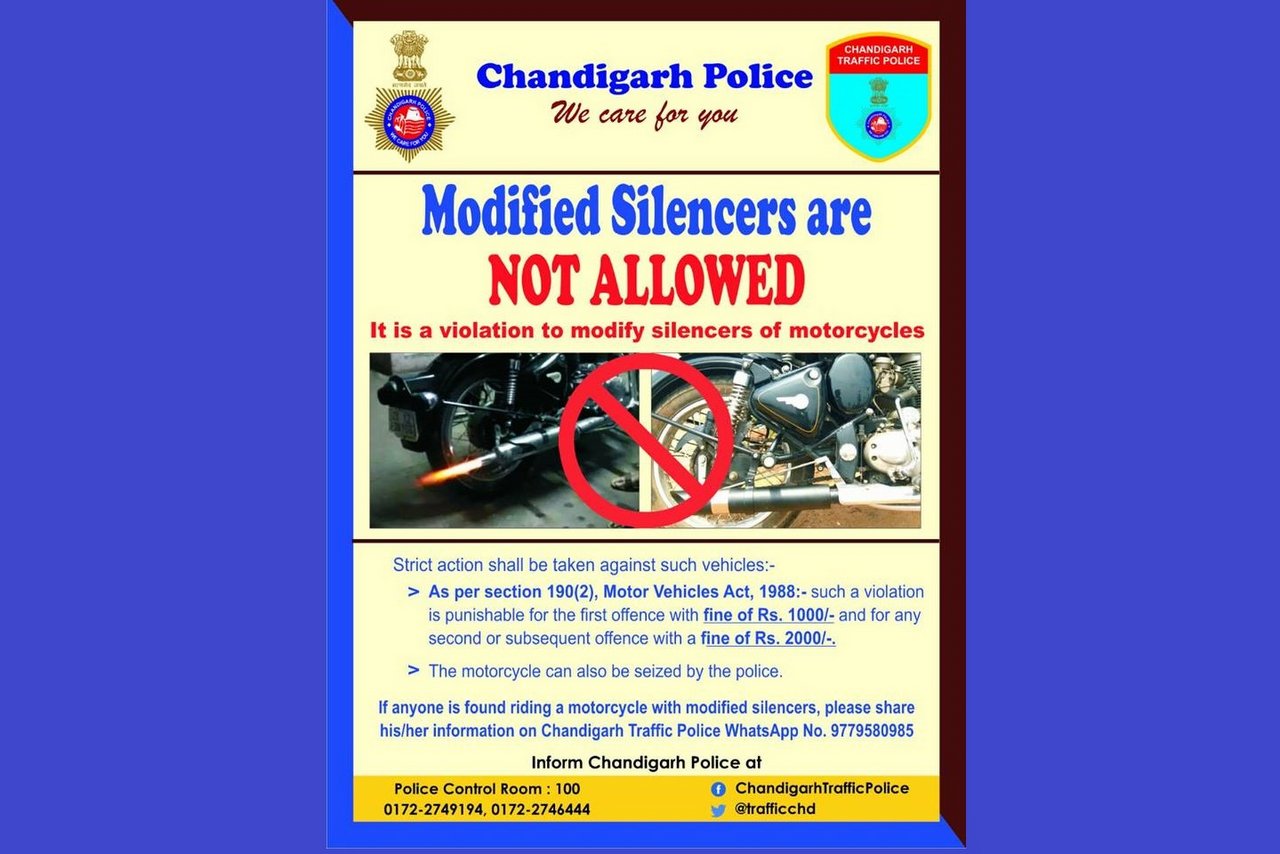 Yesterday, dated 13.03.18 the Chandigarh Traffic Police put up a special awareness to shopkeeper and mechanics about bullet, motorcycle pataka silencer in Motor Market sector- 27, Chandigarh. A lot of People were educated through this awareness.

CTP has also appealed to the public saying, ‘Chandigarh please tell us in which sectors or near which landmarks do you often hear cracker-sound being emitted by motorcycles with modified silencers. If there is a pattern to it, please also provide approx. time.’ 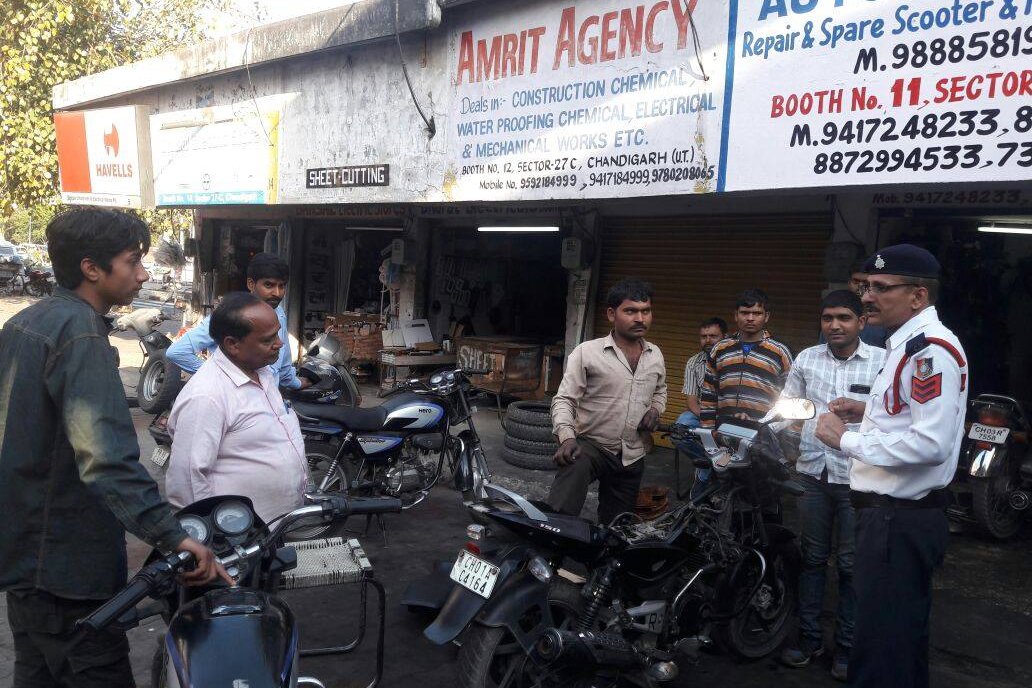 What’s strange is the unpreparedness of citizens and police in almost every given situation. For one, no one seems to know the law and most of what’s passed on is hearsay. Certain offences are not viewed uniformly depending on which region you were in. The High Court has this week issued a directive clarifying ‘No challans to be issued on bullbars/crash guards till April 18 – Next date of hearing.’

The High Court has in fact said MoRTH’s interpretation of MV Act sections pertaining to this matter are not proper and has sought a detailed reply. In the meantime, Chandigarh Traffic Police are proactively putting up public interest messages on social media to explain to offenders what punishment an offence warrants. This morning’s appeal to the public is to immediately remove all unauthorised fitments on vehicles, such as crash guards or bull bars. 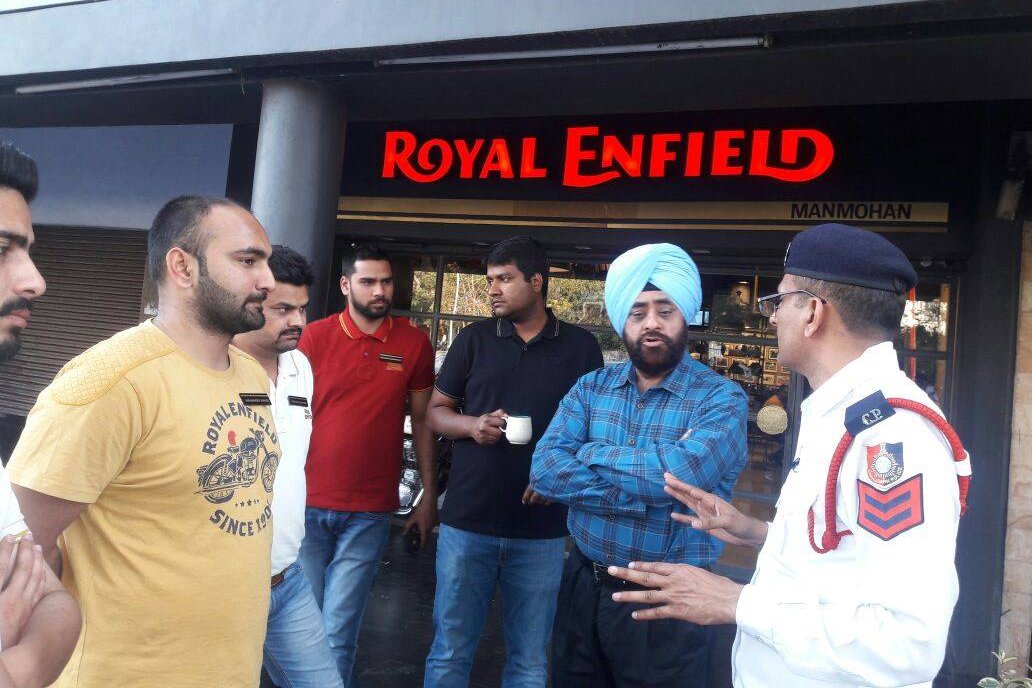 They further list the offence. It is an offence of u/s (under section) 52 of MV Act 1988 and attracts u/s 190 and 191 of MV Act 1988 for which one shall be liable to pay fine of Rs 3000. The message has no dateline mentioned, except that it was uploaded this morn. It also doesn’t state basis what the offence is considering a non modified standard issue silencer may in fact be louder than modified silencers.

The strangest part of this is Chandigarh is major city if one were heading to Ladakh or other Himalayan regions. A large number of rental taxis are fitted with accessories for ride preparedness, and will such vehicles be stopped. The same is true for the endless number of bikers that head to the mountains each year, with stock or modded bikes. Will there be a decibel metre in place to document an offence? 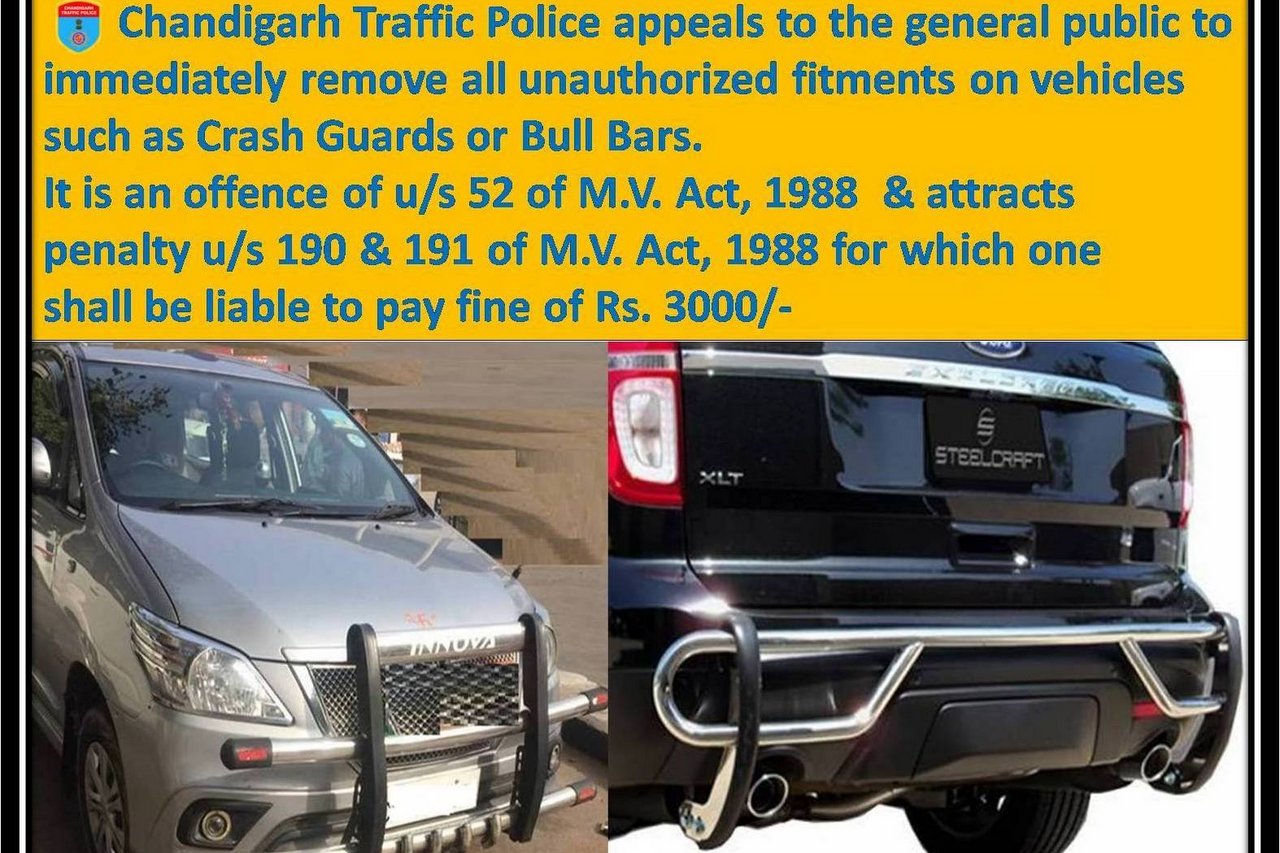 With traffic departments and police facing a myriad of singular and common issues in regards to road rules, Lucknow RTO has now identified a series of registration number sequences that are highly sought even though they don’t enjoy VIP status. In an attempt to prevent prevalent stylising of reg numbers, there’s now a proposal to increase the charge on such numbers.