As told to us by Mototourer Gurpreet. I am 25 year old from a town Paonta Sahib in Himachal Pradesh, 40 kms from Dehradun, and I’m currently pursing BUMS, ie, Bachelors in Unani medicine and surgery. I am rider by passion and will soon be a doctor by profession. My dad is a doctor, and he sponsored my short trip with friends to Narkanda.

Previously I owned a pulsar 220, which I regret selling. I purchased my so called duke 390, which actually is Duke 200 in August 2015. It has clocked nearly 46000 kms. With Duke 390 decals, orange alloys and handguards, it’s been made to look this way. 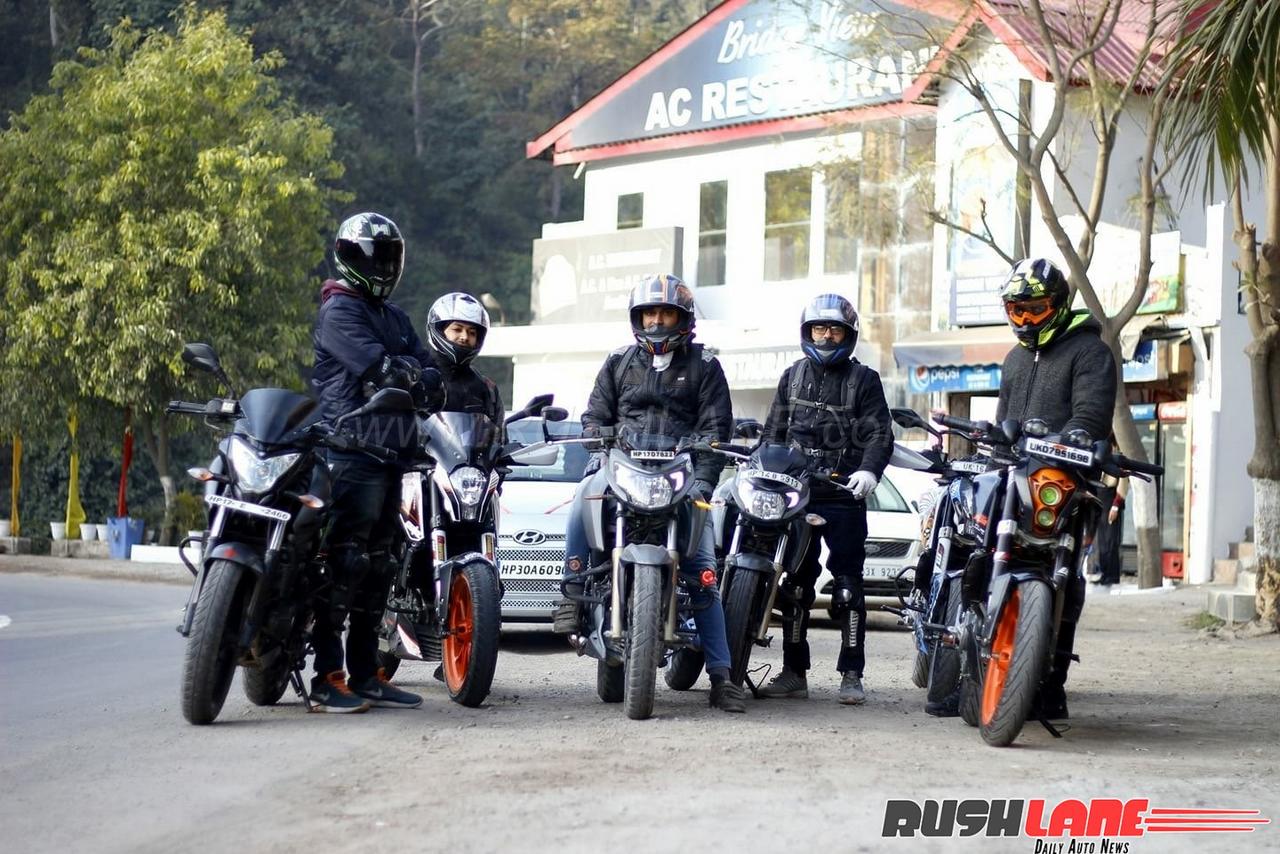 Here are the reasons I chose Duke 200 over 390- Tank range is better; Short geared so lesser need to shift gears in the hills; more mileage due to it being short geared; and less issues as compared to 390.

I have taken this beast to some thrilling passes and trips. 4 times Spiti valley. Twice to Rajasthan. All of Himachal. And once to Leh, ladakh, Sach Pass, and
Haripurdar in Sirmour dist. 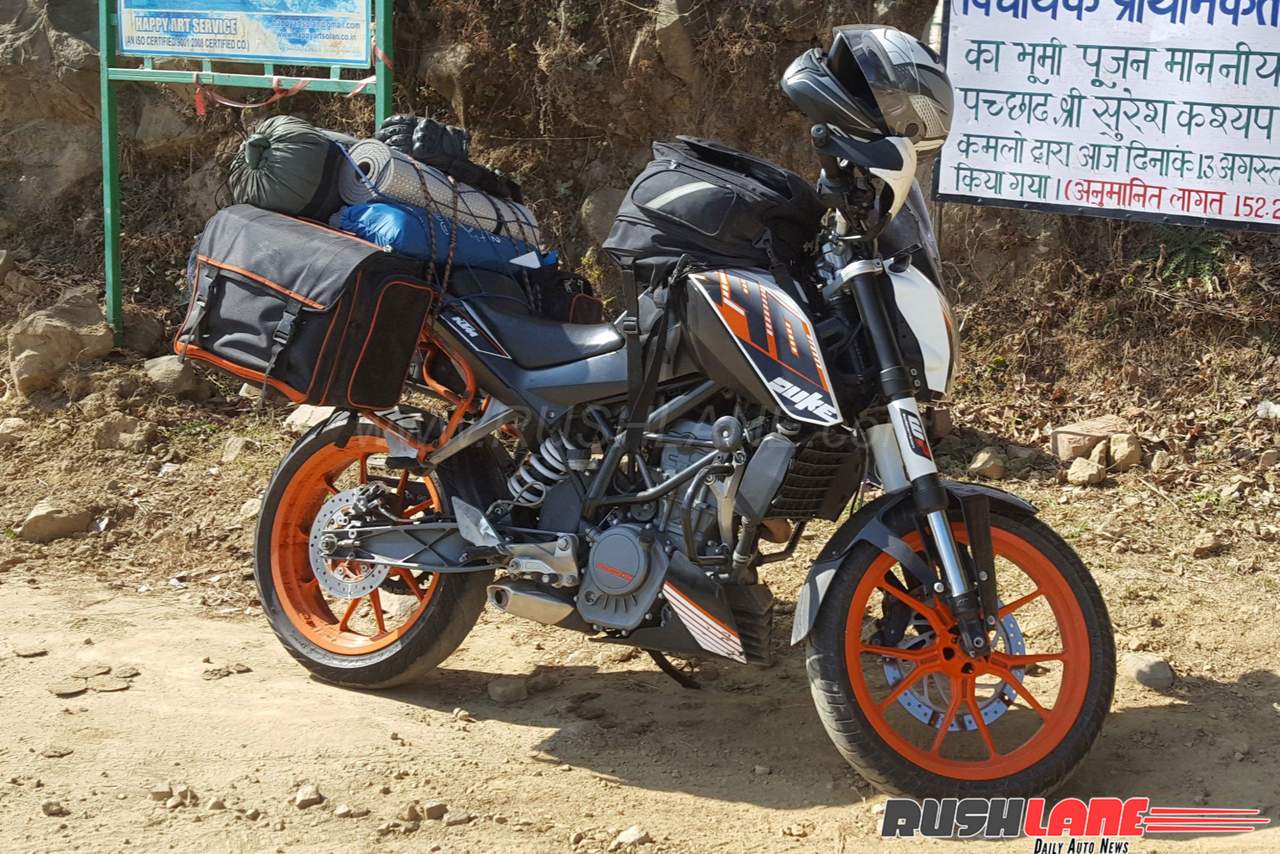 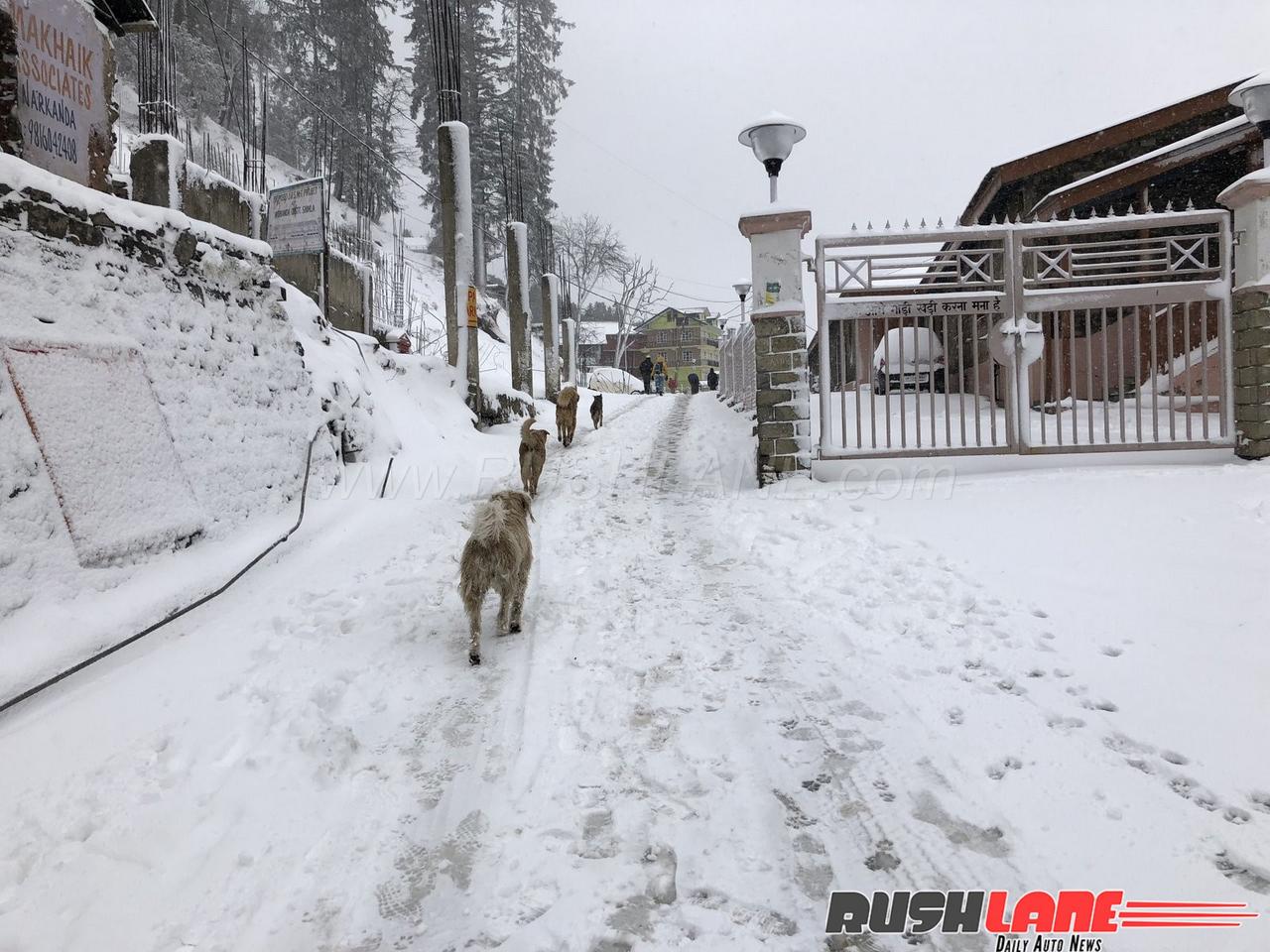 With all the luggage, KTM Duke rides even better because without all this, Duke is very lightweight, and all this makes it more composed, and sure footed. Due to lightweight, it is really tough to ride KTM in snow but nylon ropes saved my day from any fall, which is easy to tie and requires no technical knowledge. 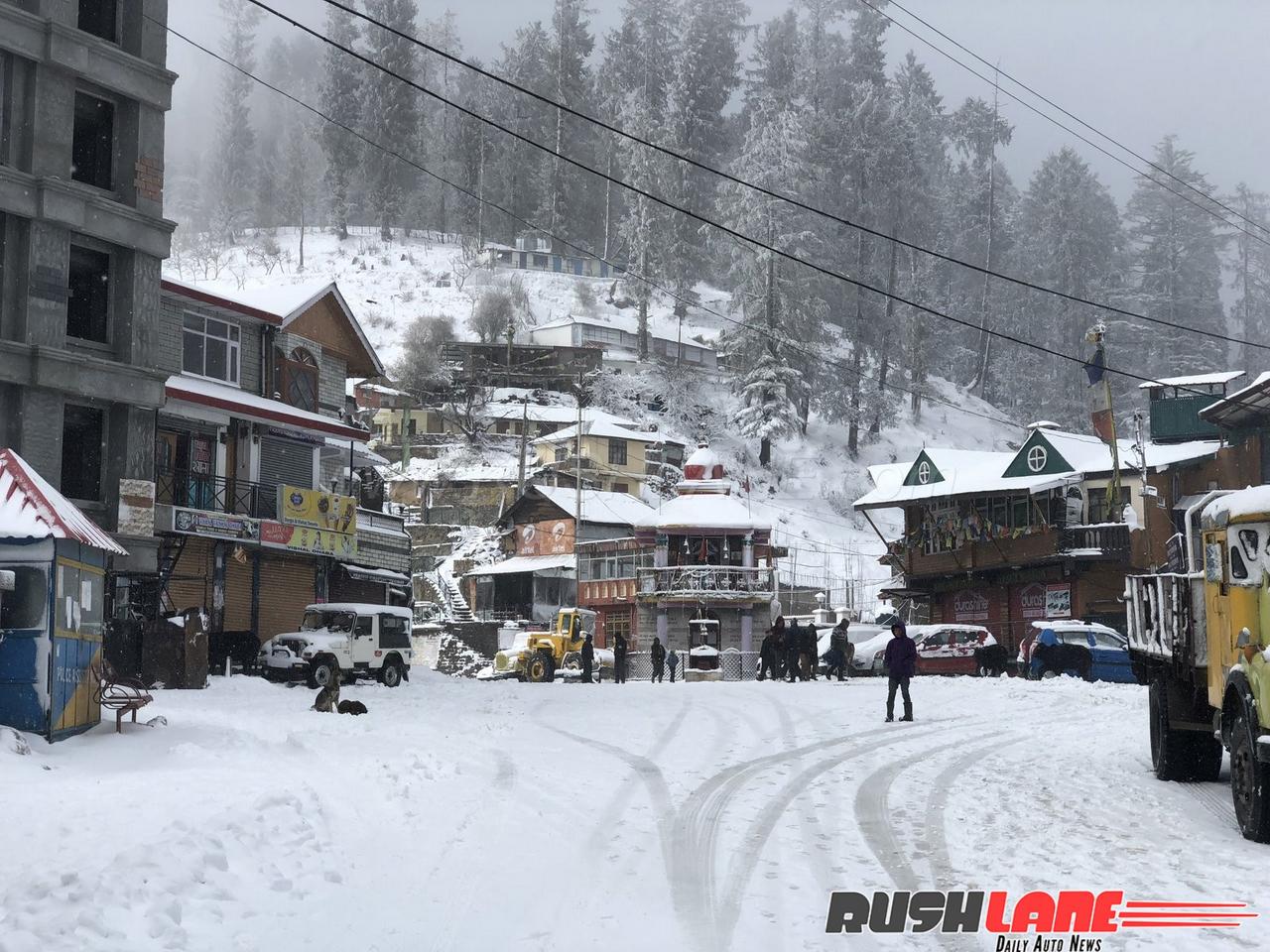 Personally, riding makes me very happy from inside. According to me, we should do that which makes us feel happy. Traveling makes me a better person and helped me a lot in handling worst situations, whether its in riding or in my life, and adjusting in any situation.

I’m thankful to my dad, Gurcharan singh who is always by my side and allows me to do what I want to. And my friend Jayant Singh who is reason for my passion because he once asked me to do a trip to Amritsar from Paonta sahib, and after that there was no looking back. It changed me completely. 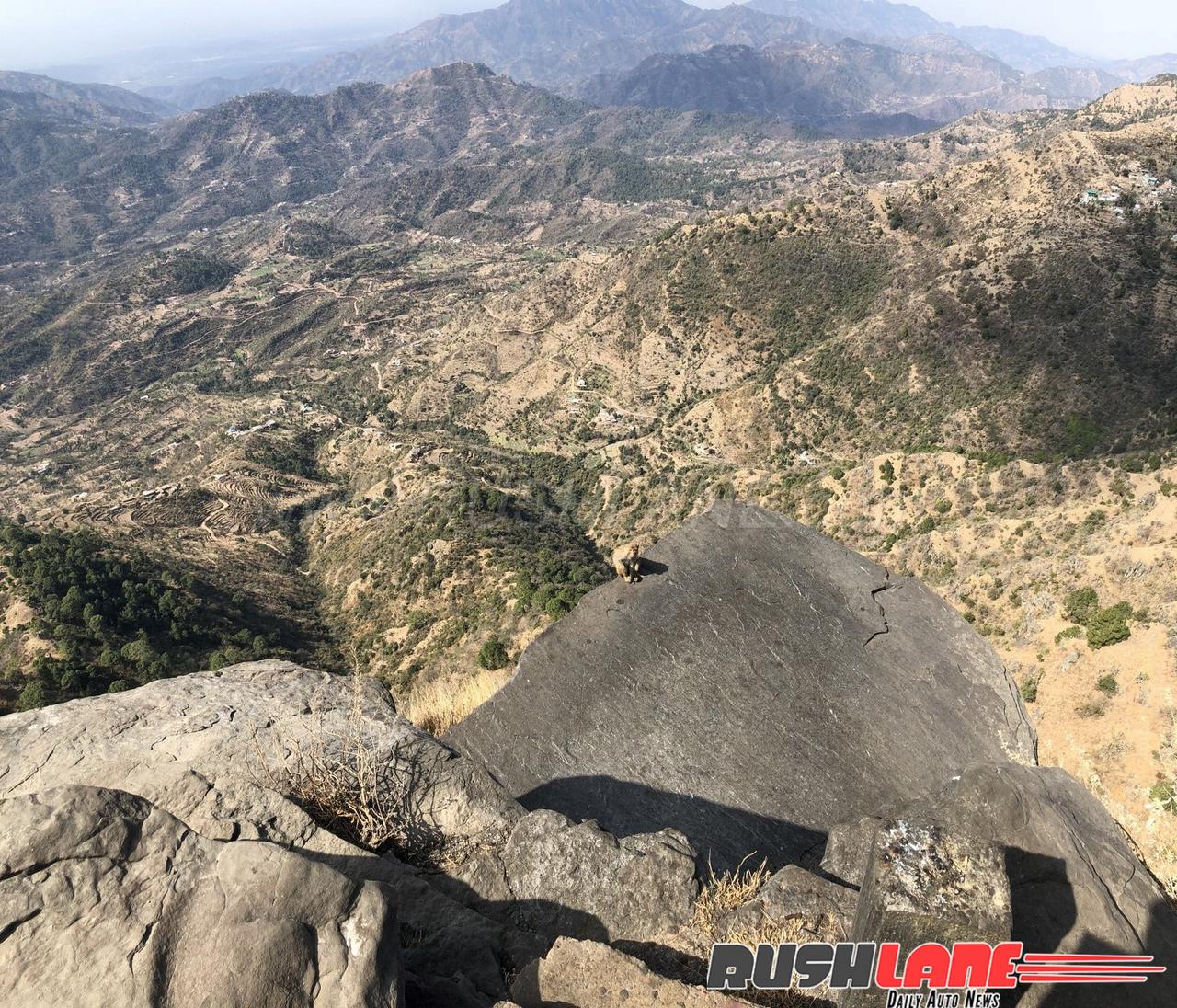 As I was aware of the fact that Narkanda and whole upper H .P belt will be having heavy snow….so I loaded my Duke with all the necessary stuff – life tools, sleeping bag, tent, mattress, umbrella, rope, rain coat, etc, in case I have to go solo, but I didn’t tell other riders about this because they might not be ready for that stuff.

Route till Bhurshing temple is smooth..soothing twisty road….for cornering lovers, after feeling adrenaline rush on these twisties , reached Bhurshing and we all had a blast there.

So, finally told them about snow in Shimla. 5 of them agreed and 2 riders had to go back due to sum issue. So, we 5 riders headed towards Shimla and we reached there by 5 pm. After having food in Shimla, and speaking with locals, I told the group that Narkanda will be having heavy snow tonight. But only 2 riders were in for that, so, finally we tossed for head and tail, and I won. At 6 pm we started heading towards Narkanda, 60 kms from Shimla, and we reached Narkanda by 8.30 pm, and got a hotel there. 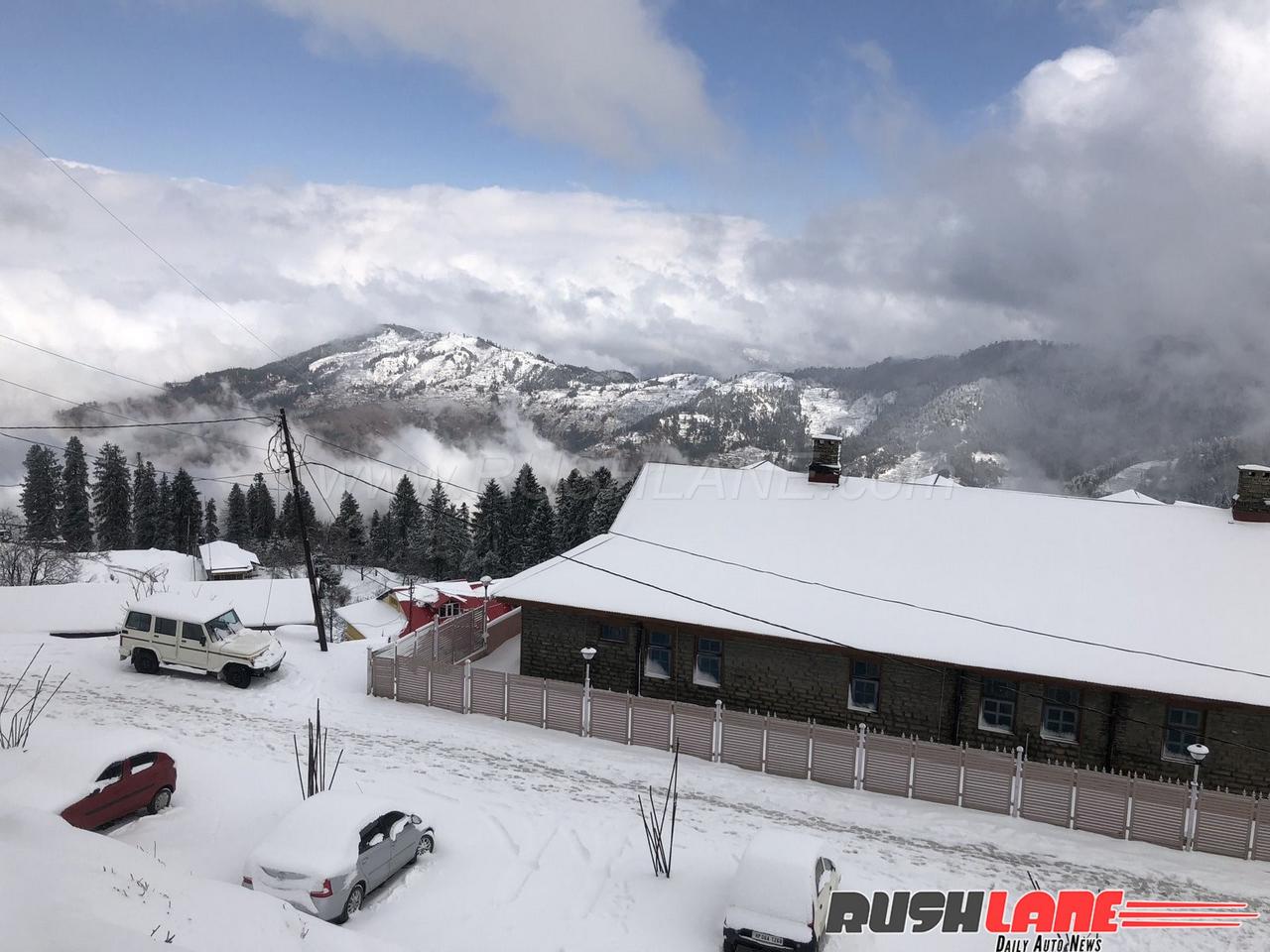 Day 2 – We woke up 6 am and saw heavy snow fall. Evn our hotel balcony had more then 3 inch snow. Then at 7 am, we all headed towards the parking space where we have parked our bikes. We all were shocked to see our bikes…all were covered with snow… Due to corner position, my Duke had most snow…..so we started our bikes. Now the task was to take our bikes out of there, that was the toughest part. 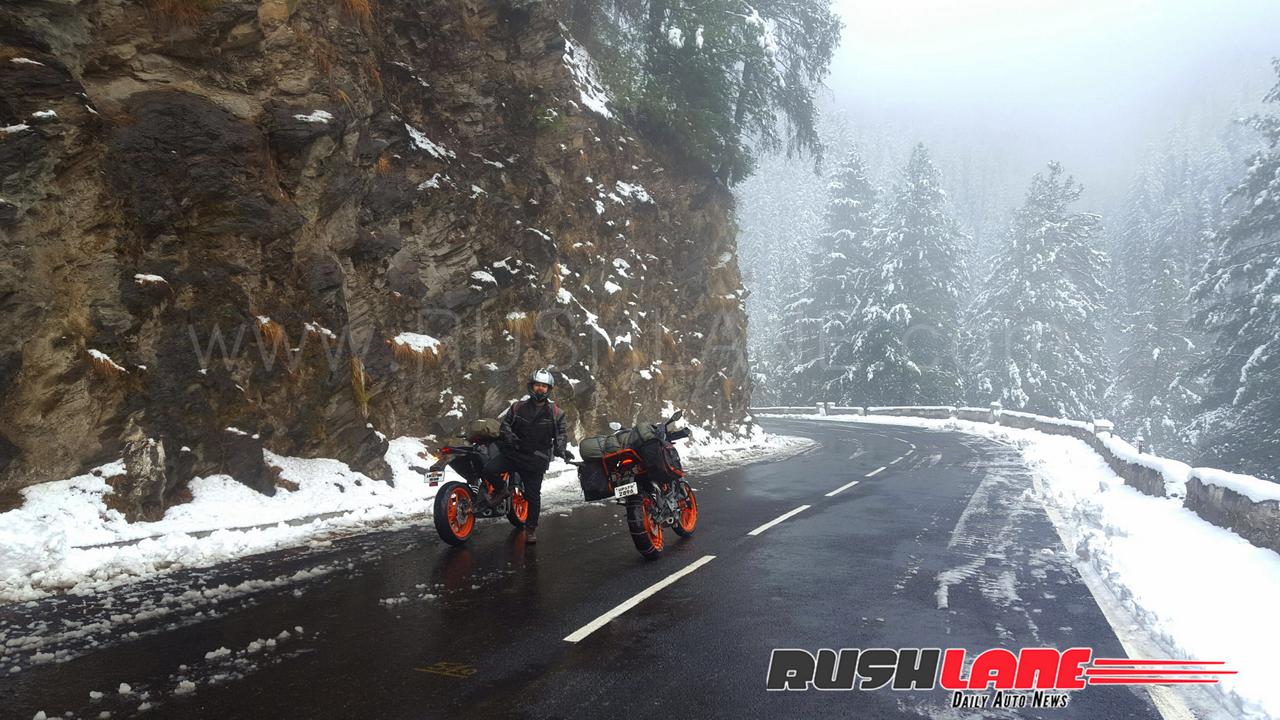 As my Duke tyre has totally gone, so I tied a nylon rope to gain sum traction on snow. It worked well as my bike didn’t slide even once….where other riders were finding it difficult to gain traction….I passed smoothly.. The views were damn beautiful in that route….all the trees were covered in snow caps. Bulldozer clearing the snow….splendid. After starting at 4 pm…we reached Shimla at 11 pm….as single broken road and river by the side made the route adventurous. We stayed in Shimla that night and reached home next day.

Full journey in the video and photos below.