Audi’s performance division, Audi Sport has revealed that the new 2019 Audi R8. It sees improvements both in terms of cosmetics and technology. Set to be launched in 2019, the new Audi R8 gets an updated suspension package and a sportier stance with some elements derived from R8 GT3 and GT4 race cars.

Audi R8, around since 2016, gets this midlife refresh for 2019 which includes both exterior and interior updates while the engine is also tweaked for added power and performance. These updates are being offered on both the Spyder and Coupe versions with launch in Europe in early 2019 followed by launch in India soon after. 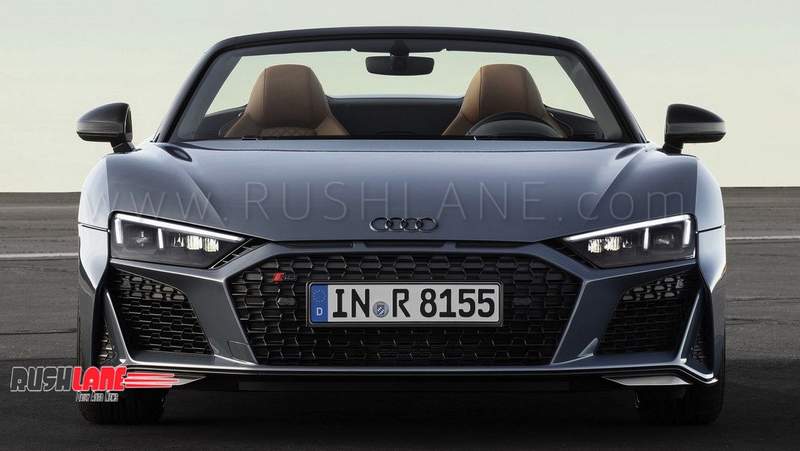 The exteriors boast of two new metallic paints of Ascari Blue and Kemora Gray. It is seen in a new front fascia with a wider grille positioned below three Quattro slits. There are also wider air intakes on the sides while the front splitter is made of carbon reinforced plastic. The 2019 Audi A8 also receives a new front bumper, black headlamp surrounds and a new diffuser while oval shaped tail pipes are finished in matte black titanium.

The 2019 Audi A8 sits on 19” or 20” machined wheels fitted with new Michelin tyres, slated to provide more grip. Extensive use of carbon and aluminum throughout the body construction has resulted in a lower overall weight thereby enhancing performance. 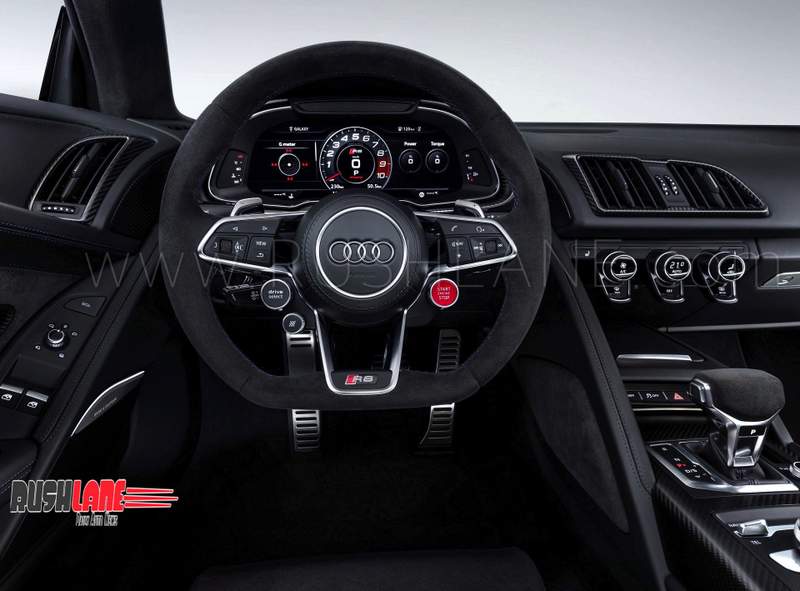 Interiors do not sport many changes except for Alcantara inserts seen throughout its cabin while it is under the hood that the most changes appear. The 2019 Audi A8 will be powered by a naturally aspirated V10 engine offering 562 hp peak power as against 533 hp seen on its earlier counterpart.

This power on the V10 Performance goes up from 603 hp to 611 hp while torque is at 565 Nm.The engine allows for acceleration from 0 to 100 kmph in 3.4 seconds which on the Performance is achieved in 3.1 seconds. Suspension settings have also been tweaked for more stability and precision while dynamic steering system offers better response and feedback.

The Audi A8, currently on sale in India is priced at Rs 3.21 crores while the facelifted version should be around the same price when launched in 2019.