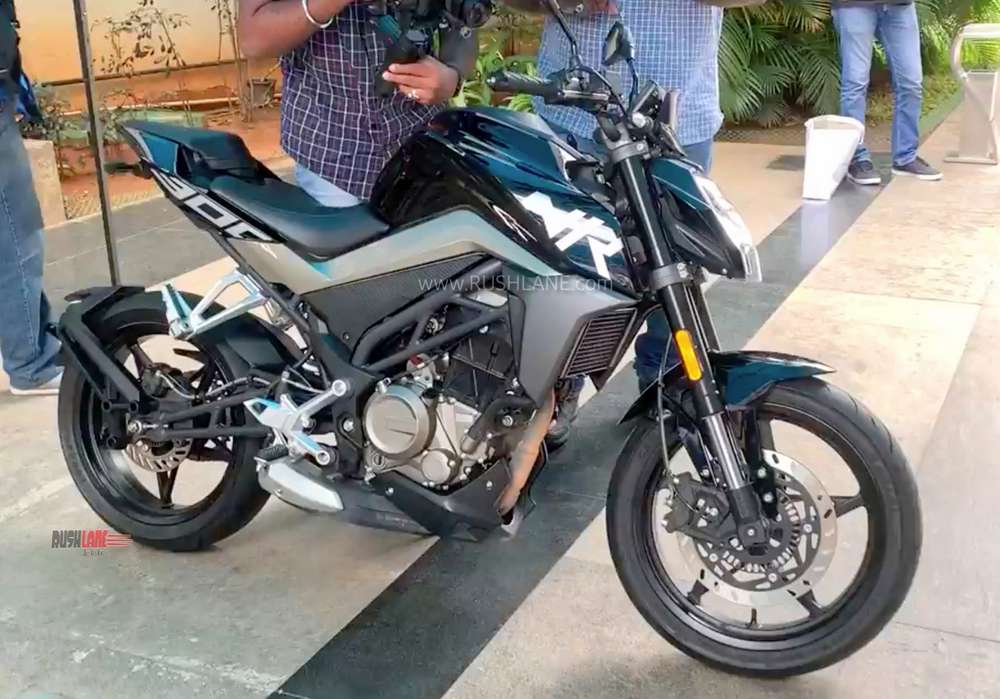 Chinese bike maker CF Moto made its onslaught into the Indian two wheeler motorcycle segment with four new bikes – the 300NK, 650GT, 650NK and the 650MT. The 300 NK is its most affordable motorcycle, launched at Rs.2.29 lakhs.

CF Moto300 NK has been designed by Kiska Designs, the same company who has designed the Duke series. This can be easily noticed once you see the 300NK. The 300NK gets a muscular fuel tank, minimal body work and a distinctive headlamp. It sits on 5 spoke alloy wheels drawing a close resemblance to the KTM Duke Series. 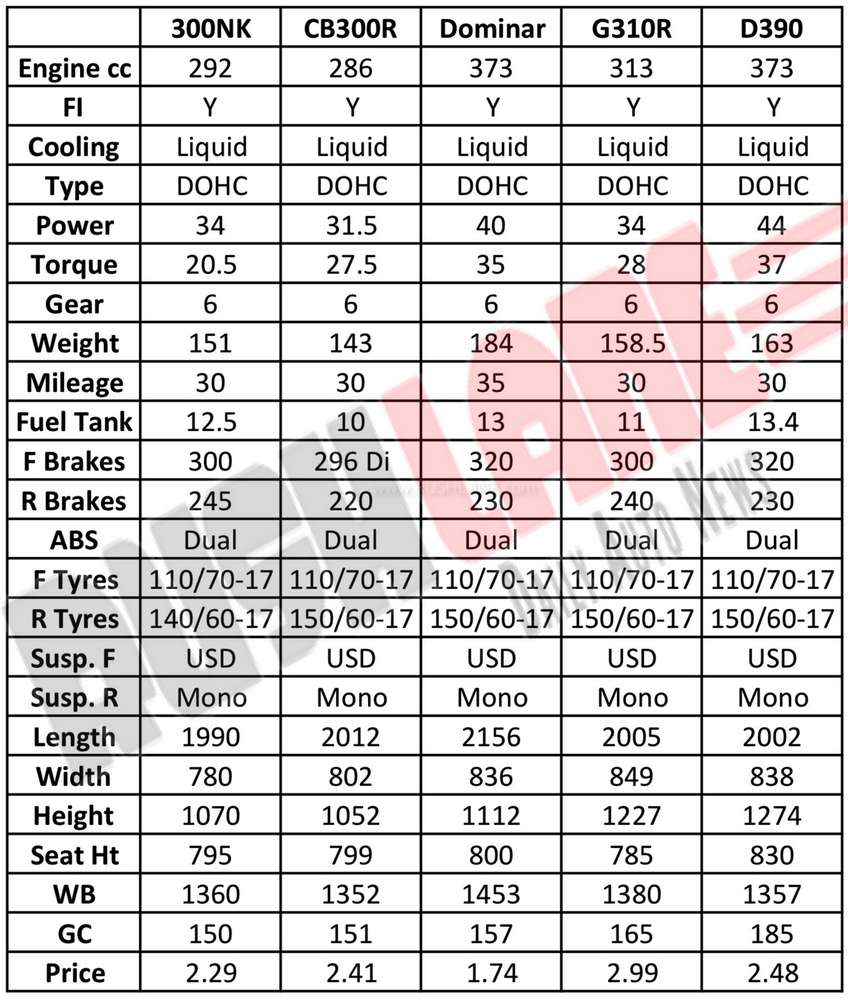 390 Duke gets a large radiator, new colour scheme and stylish LED headlamp cluster along with an all digital TFT LCD instrument console which includes tripmeter, clock, and an audio player display. The Honda CB300R boasts of an array of features which includes an all digital LCD instrument console, full LED lights, dual channel ABS and a hydraulic clutch.

Bajaj Dominar is powered by 373 cc engine delivering 35 PS and 40 Nm while BMW G310R is powered by a 313 cc engine which delivers 34 PS and 28 Nm. Both mated to a 6 speed gearbox. It may be noted from these specification that the CB300R has the smallest capacity engine and the 390 Duke has the largest engine, while each of these engines get mated to a 6 speed gearbox.

Front suspension on all five motorcycles get USD forks while rear suspension is via monoshock. Disc brake at each end with dual channel ABS is seen on all bikes. CF Motot 300NK is priced at Rs.2.29 lakhs is the second most affordable of the list. Bajaj Dominar continues to be the most value for money motorcycle at Rs 1.74 lakh price. The KTM 390 Duke is priced at Rs.2.48 lakhs while the Honda CB300R carries a midway price tag at Rs.2.41 lakhs. BMW G310R remains the most expensive of the lot at Rs 2.99 lakh. All prices are ex-sh.