Force Motors has overhauled its multi-member Trax people and goods carrier family in a bid to get ready for the new decade.

The range of commercial vehices benefit from a new grounds-up modular platform which underpins, as of now, underpins three variants – Force Trax Cruiser, Kargo King Pickup and Gurkha off-roader. The Force Kargo King is essentially a goods carrying version of the Trax Cruiser, which can accommodate up to 13 people (including the driver). Just like its people mover sibling, the Kargoking will be available with a choice of wheelbases.

Underpinned by a new ladder frame which is claimed to be designed with crash compliance in mind, the 2020 Force Kargo King shares its redesigned front fascia with the new Trax Cruiser. The circular headlamps make way for larger rectangular units. The new grille with horizontal slats renders the pickup a SUV-like appeal albiet in a utilitarian sense. Revised black plastic wheel arches and new body decals round off the exterior changes. 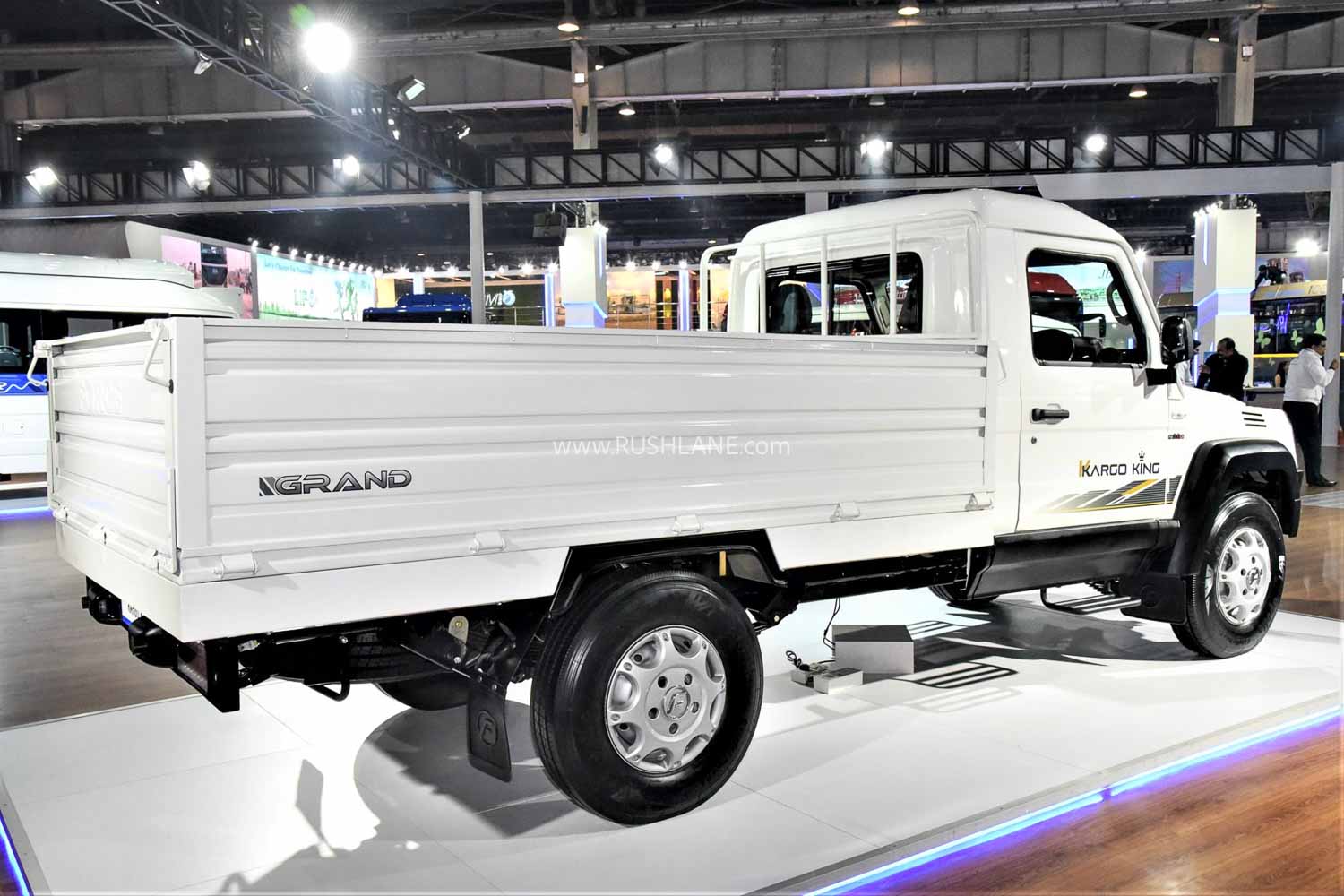 The dual-tone interior is also shared with the new Trax Cruiser minus creature comforts like power windoes, AC and audio system. However, there are provisions for the last two items (may be AC will be offered as an option at the time of launch). The goods carrier gets new steering wheel and a two-dial instrument cluster with blue-lit MID.

The old 2.0-liter 67 hp diesel engine has been phased out in favor of a new homegrown 2.6-liter diesel motor which puts out a much better 90 hp. The company is not forthcoming with the torque output as of now but we expect the new vehicle to have better gradeability on the account of increased output figures.

Force also stopped short of revealing the new pickup’s payload capacity. Going by the previous generation model, the 2020 Force Kargo King is likely to be rated for loads of up to 1,250 kg. The vehicle is suspended by leaf springs at the front as well as the rear. Braking system comprises discs at from and drums at the rear with load sensive valve. More details are expected to be revealed closer to the launch which is expected in April.