Revisions upfront include a honeycomb chrome grille, whereas the outgoing model is outfitted with horizontal slats. Changes can be seen on the front fog lamps/headlamp cluster, and bumper too, which now houses a wider air dam integrated with the fog lamps encased in a C-shaped chrome tipped unit. 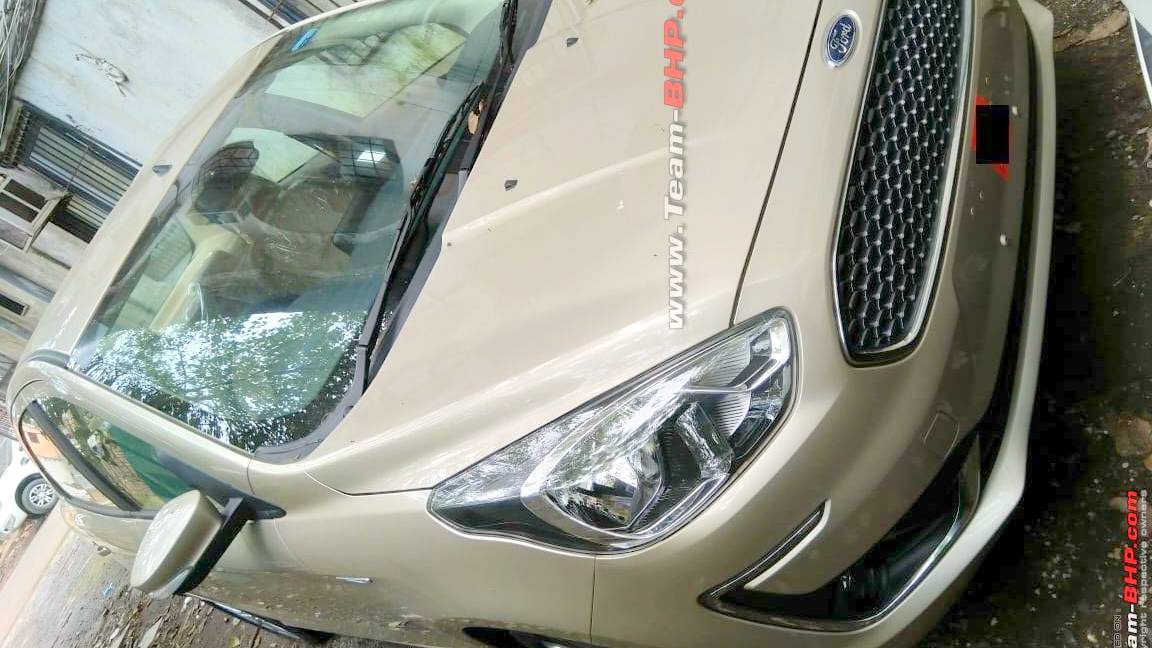 Rear bumper is minimally redesigned while the taillight cluster looks just the same as on the current model. It also gets a reverse parking camera on top of the number plate housing. The facelift version comes with a set of new multi-spoke alloy wheels.

New Ford Aspire facelift gets dual-tone interiors finished in beige and black with gloss black trim. The dashboard has been updated with a new centre console, which houses a floating touchscreen infotainment system. The car comes with a 3-spoke multi-function steering wheel and a 3-pod instrument cluster.

Ford is likely to offer the new Aspire with a 1.2-litre, 3-cylinder Dragon Series petrol engine. Additionally, a 1.5-litre, 4-cylinder diesel unit will also be on offer. Transmission options might include a 5-speed manual and a 6-speed automatic. These are the same engine options the company offers on board with the Figo Freestyle. 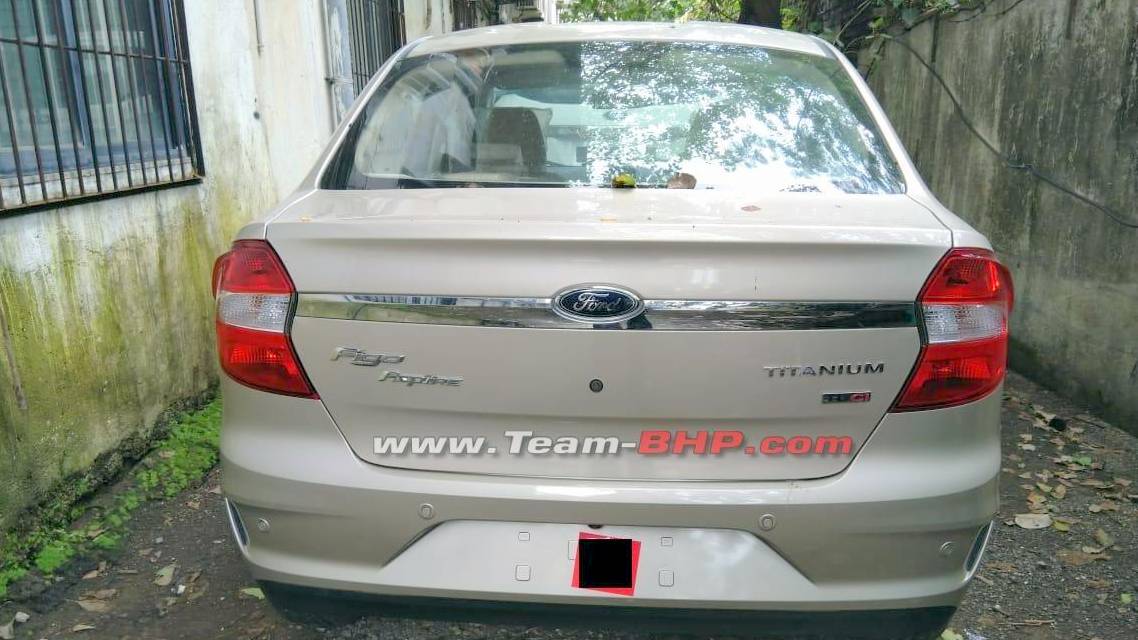 Maruti Dzire was the undisputed segment leader, averaging sales of over 20,000 a month. No other car in the segment came close, in spite of so many rivals, including Hyundai Xcent, Tata Tigor, Tata Zest, Honda Amaze, Ford Aspire etc.

But with the update Amaze, Honda saw results turnaround. Their Amaze has now averaged 9,000+ sales every month since launch. Thereby giving hope to other manufacturers, that there is scope to grab market share from Dzire. With the launch of new Aspire, Ford could be hoping for a similar turnaround. The Aspire currently averages at about 1,000 units sales a month.

Current Aspire retails for a price range of Rs 5.8 lakhs to Rs 8.8 lakhs, ex-sh. Expect the new Aspire to be offered in a similar price range once it is launched on October 4, 2018.