Ford launched the new generation Figo in India back in 2015. The car was launched with much expectations, as it came out of Ford’s brand new plant in Gujarat. In spite of being heavily localized, and aggressively priced, sales failed to deliver. Its not that sales in the segment are low.

In fact the segment registers about 30k-40k sales every month. Maruti Swift and Hyundai Grand i10 are the segment leaders, together registering about 25k sales a month. To try and claim more sales, Ford will launch updated Figo with new engine option, revised exteriors and interiors. 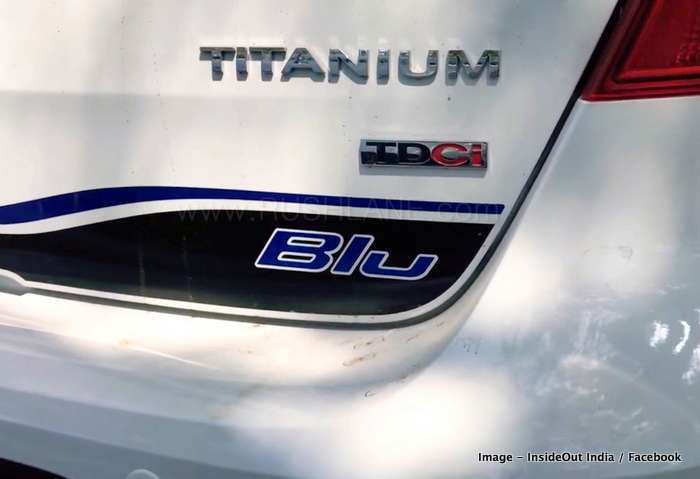 2019 Ford Figo will be powered by a new 1.2 liter Dragon Series petrol engine. It is capable of 96 bhp power and 115Nm torque. There will also be a diesel engine, in the form of 1.5 liter mill that generates 99 bhp power and 215 Nm torque. Both these engines will get mated to a 5 speed manual gearbox. Automatic option will be offered only with 1.5 liter petrol mill that generates 123 PS.

Ford India officially took wraps off the Figo facelift yesterday with a couple of photos. Now, ahead of launch, a detailed video of Titanium BLU top variant has emerged online, which can be seen below.

Just as is seen in the sub compact sedan Ford Aspire, 2019 Ford Figo gets a new signature grille, body colored bumper and swept back headlamps. Looking distinctly similar to the Aspire, the Figo is differentiated from its rear with and hatch and wrap-around tail lamps. Old Figo was offered in 7 exterior colors that include Ruby Red, Sparkling Gold, Oxford White, Tuxedo Black, Deep Impact Blue, Ingot Silver and Smoke Grey. New Figo is expected to get most colours from before, in addition to new colours.

Interiors feature all black color scheme across its dashboard, new instrument cluster and a large 8”touchscreen infotainment system with SYNC3 and Android Auto. Reverse camera, keyless entry, steering mounted controls, 6 airbags, ABS, speed warning are also among the updated features. BLU variants gets BLU badge on the outside, as well as on the inside.