Honda Car India Ltd. (HCIL) was mulling the launch of HR-V compact crossover in India on more than one occasion but the plan never attained fruition. The Japanese automaker couldn’t arrive at a viable cost structure, scale and volume projections. However, considering the magnitude of success the Hyundai Creta and Kia Seltos have been enjoying in our market, HR-V could have been an interesting proposition.

The Honda HR-V (called as Vezel in Japan) has been around in international markets since 2013 and is now due for a major update. The news of next generation model being under development has been doing rounds for a while now but there were no concrete evidences, at least until now. A camouflaged prototype of what is reported to be the 2021 Honda HR-V has been recently spotted testing in Japan for the first time.

As expected, the upcoming compact mid-premium crossover adopts Honda’s current design identity, making it much bolder than the outgoing model. The new front fascia seems more upright than before and is characterized by a prominent hexagonal grille and narrow LED headlamps. We expect the headlamps units to be bridged by the quintessential chrome bar. 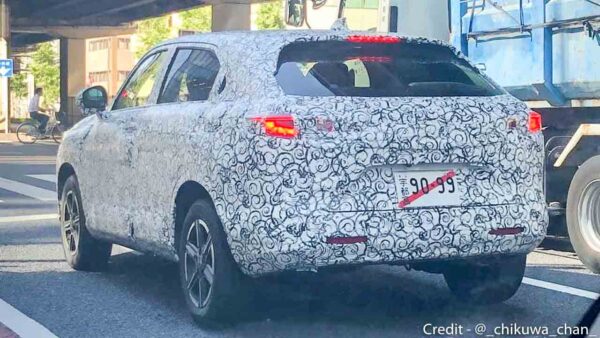 Most of the profile has been retained but the new Honda HR-V sports a steeply tapering rear windshield. The taillights appear to be fully revised. Keeping up with Honda’s tradition, we expect the new model to be slightly larger than its predecessor and this should translate into better interior space, especially at the rear.

We expect the 2021 Honda HR-V to feature a completely revamped interior with new dashboard layout, a modern touchscreen infotainment system with state-of-the-art connectivity features and several creature comforts. Depending on the market, the Hyundai Creta rival could also receive some ADAS features like adaptive cruise control, lake keeping assist and so on.

The 2021 Honda HR-V is likely to be equipped with a range of engine options starting with the 1.0-liter turbocharged petrol engine which is available in Thai-spec City. If Honda decides to finally bring the crossover to India, it is expected to offer the 1.5-liter i-DTEC diesel engine option as well. 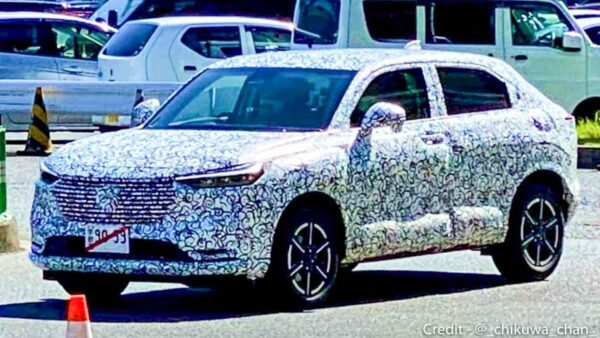 India launch on the cards?

Before the lockdown, HCIL came very close to starting the trial production of the current generation HR-V in India but the project now stands shelved. If the company wants the HR-V to take on the well established rivals in India, the localization level must be very high and we think Honda’s commitment would be well rewarded by Indian customers.