RUSHLANEDAILY AUTO NEWS
HomeCar NewsNew Honda Civic TVC video is out - Epic is Back in...

The 10th generation Honda Civic sedan is here in an all new avatar. It has been officially launched in India, and is of to a good start, with the company receiving over 1,100 bookings even before price was revealed. This is a more than twice the number which is recorded by the segment in India.

Honda Civic is the company’s longest running automotive nameplate in the world. It is also their best selling car in the world with over cumulative sales of over 25 million units. It boasts of a sporty stance and in its all new avatar, gains enhanced comfort features, more safety updates along with powerful driving performance and with the latest in technology. 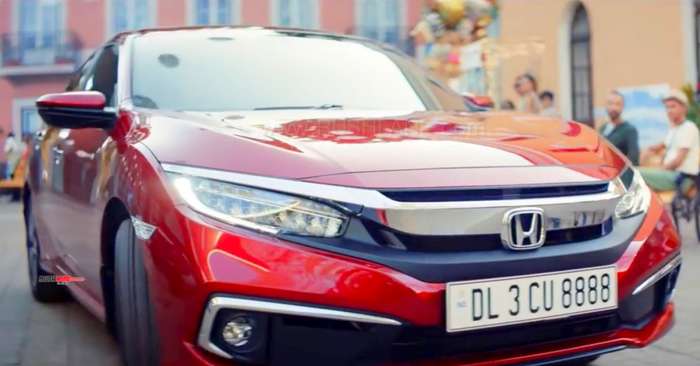 The new Honda Civic is the costliest car in the segment, which also features Skoda Octavia, Toyota Corolla and Hyundai Elantra. It is priced between Rs 17.69 lakh to Rs 20.99 lakh for petrol variants and Rs 20.49 lakh to Rs 22.29 lakh for diesel variants. Honda has launched a new TVC video campaign, to promote their Civic with the tagline – Epic is Back. Watch the ad below.

Honda Civic is powered by petrol and diesel engine options. The petrol version gets a 1.8 liter, 4 cylinder, i-VTEC engine offering 141 PS power and 174 Nm torque mated exclusively with a CVT automatic transmission. The 1.6 liter, 4 cylinder i-DTEC diesel engine is capable of 130 PS power and 300 Nm torque mated to a 6 speed manual. Though no automatic transmission is offered on the diesel variant as on date, the company could introduce it at a later stage as per demand. Honda has claimed that the petrol and diesel engine will offer fuel efficiency to the tune of 16.5 kmpl and 26.8 kmpl respectively.

Deliveries of the new Honda Civic which are spanned across the company’s 367 dealerships in India. It is being offered with 3 year/unlimited warranty with an additional 2 year warranty for unlimited kilometers. There is also a 3 year annual maintenance package at Rs 4,953 for petrol and Rs 5,930 for diesel per year.