Since its Indian debut in 2003, the CR-V has carved a niche for itself in the Indian SUV space. Even though the sales numbers haven’t been very strong for Honda, the CR-V still has its own set of loyalists. With the 2018 update, Honda intends to appeal to a larger base this time, especially with the addition of a third row for passengers and introduction of a diesel engine. Let’s find out all that has changed.

Exteriors – The fifth generation CR-V continues with its predecessor’s design language and though there are changes to it on the outside, most of them are subtle. The design looks modern with the inclusion of LEDs all across and the sportier alloys help it to look more aggressive. The SUV has also grown in dimensions and the wheel base too has increased, helping Honda to free-up more space in the inside for the additional row at the rear. 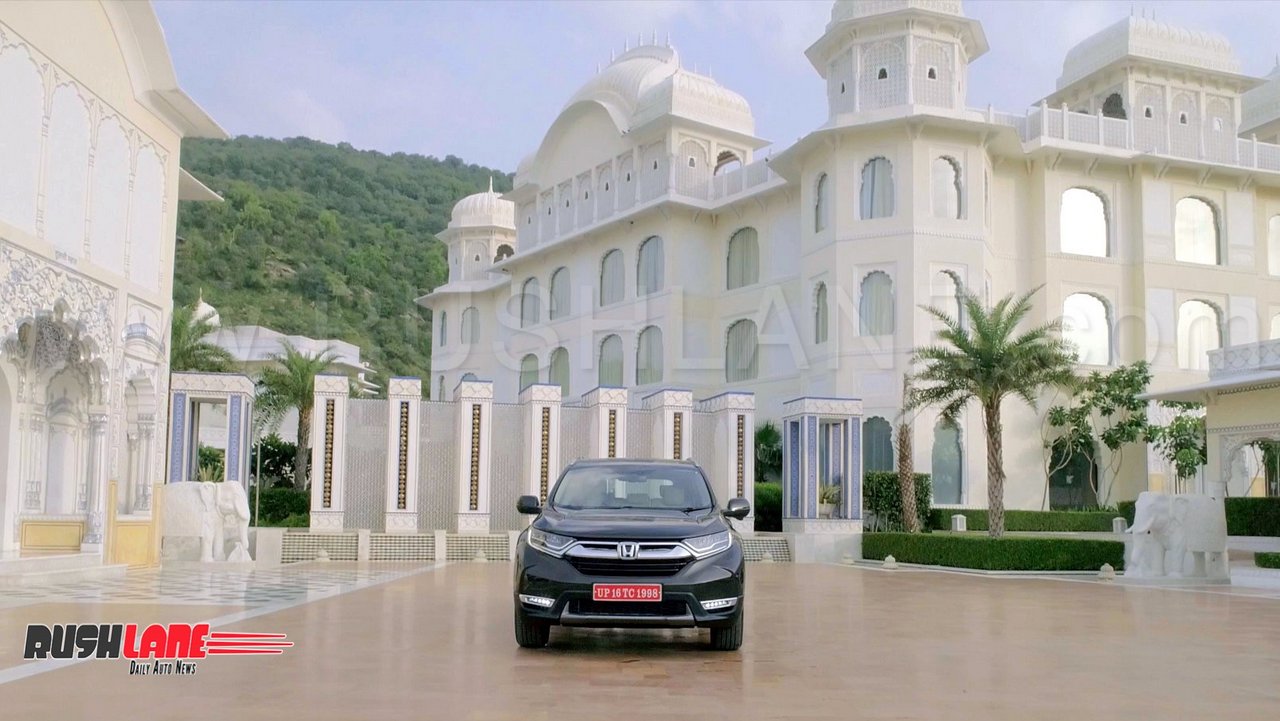 Interiors – Honda has tried to take up the luxury quotient of the vehicle a notch higher with this update. There is almost no trace of hard plastics and the cabin looks and feels very premium, thanks to its design, the materials used and the faux-wood inserts. The central touch-screen infotainment console is intuitive and supports Apple CarPlay and Android Auto connectivity. Driver gets a large TFT display in place of the conventional instrument cluster which provides a host of information.

Seating on the front two seats is very comfortable while the driver seat gets an electrically assisted multi-way adjust feature. Second row seats too are comfortable however if you are over 6 ft, you will feel missing out on some headroom. The third-row experience isn’t very comfortable, as it the case with most 7-seaters which are available in the Indian market. Last row passengers though do get a set of dedicated air-con vents, cup-holders and USB charging slots. Honda also confirmed that the side curtain air-bags extend all the way to the third seat and can protect the occupants in an event of a side collision. 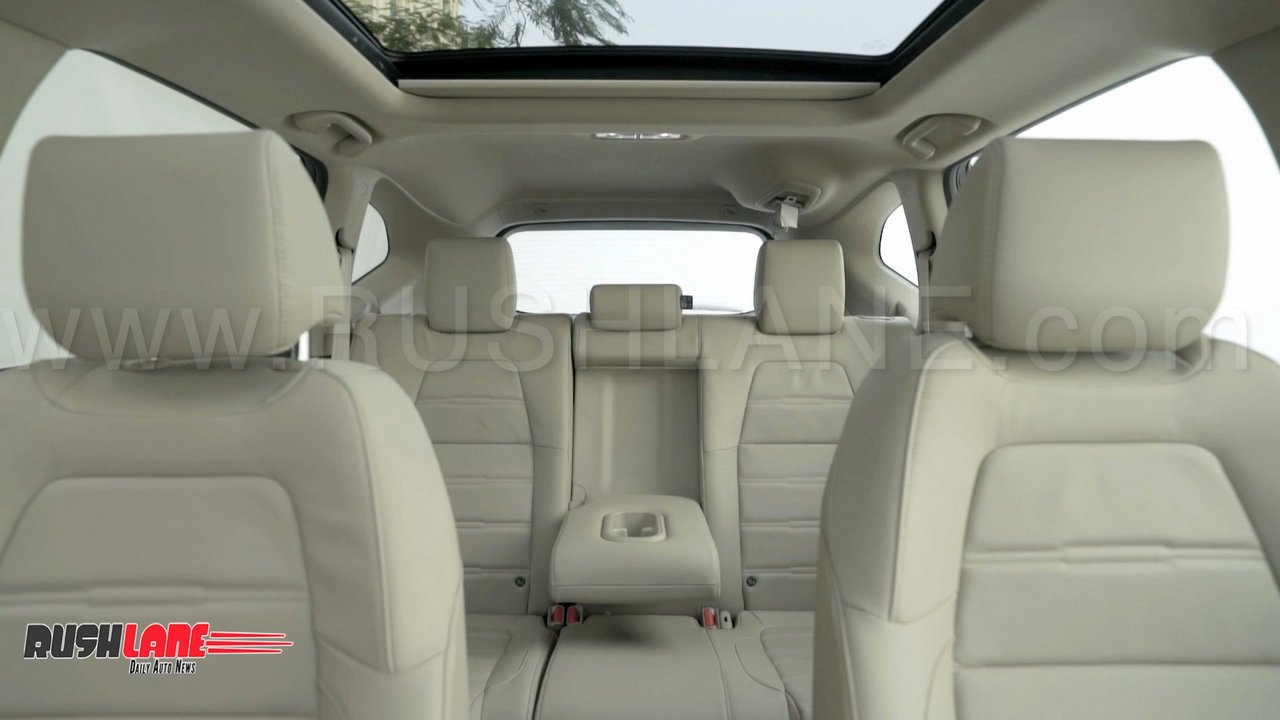 Driving Dynamics – 1.6 litre Diesel – The new kid on the block is the 120ps 1.6 litre diesel motor which has made its Indian debut with the CR-V. The motor though is related to the 1.5 litre iDTEC unit which we have seen in India, it sounds nothing like it. It is very silent and has the characteristics which you expect in a modern diesel motor.

The engine is mated to a 9 speed AT unit from ZF and the combination works brilliantly well. The paddle shifters provide an opportunity to the driver to plan the shifts to suit his/her driving style. There are overall 3 driving modes possible: Econ (can be additionally turned on in the regular modes), Drive and the Sport. As the names suggest, it is the Sport mode where you get to extract the maximum out of the engine as you get to redline at higher RPMs. The engine is potent for a car of this size however an additional 20-30hp could have had made this a sweeter deal.

Other interesting update available only in the Diesel variant is the lever-less transmission. Honda has discarded the traditional gearbox lever and instead has introduced a button-controlled input setup which has been smartly placed below the infotainment unit and hence frees up more space in the cabin. Fuel economy for the 2WD variant stands at 19.5 kmpl and 18.3 kmpl for the 4WD variant (as per ARAI). 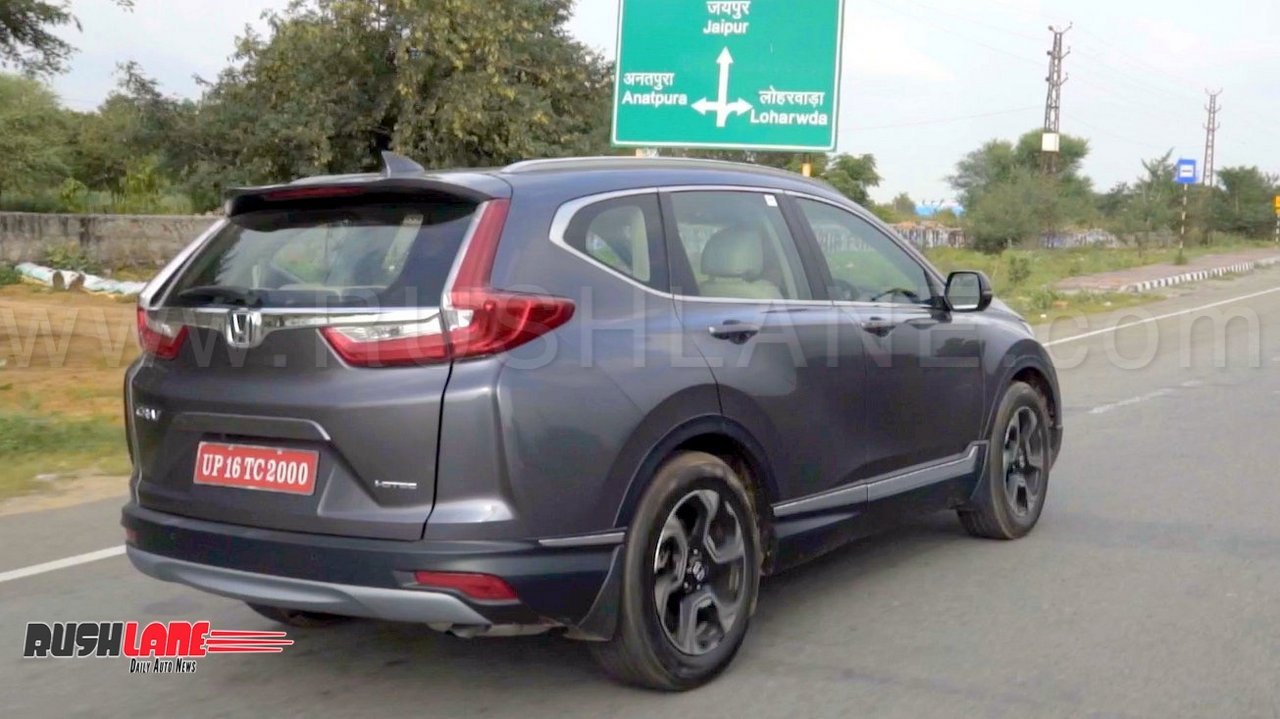 Driving Dynamics – 2.0 litre Petrol – The tried and tested 2.0 litre petrol motor has been a regular with the CR-V. It comes mated to a CVT and produces 154 PS & 189Nm of torque. The motor & CVT combination is silent and works well during regular commute however if you floor the throttle, the rubber-band effect becomes evident and there is an influx of additional noise from the pullies of the CVT. Also, while on the highway, you do miss out on having the torque which you usually get in similar sized diesel SUVs. ARAI claimed fuel-economy for this engine-transmission setup is 14.4 kmpl.

Ride, Handling & Braking – The overall ride quality of the CR-V is good, and it isolates most bumps and undulations away from the cabin with ease. Thanks to its body structure, body role is also minimized for a vehicle of its size. The feedback from steering is decent and provides you confidence during sharp turns as well. Turning radius has been contained to 5.5m and it helps you to manoeuvre the car around the city with ease. Braking performance with the 4 discs is also adequate. 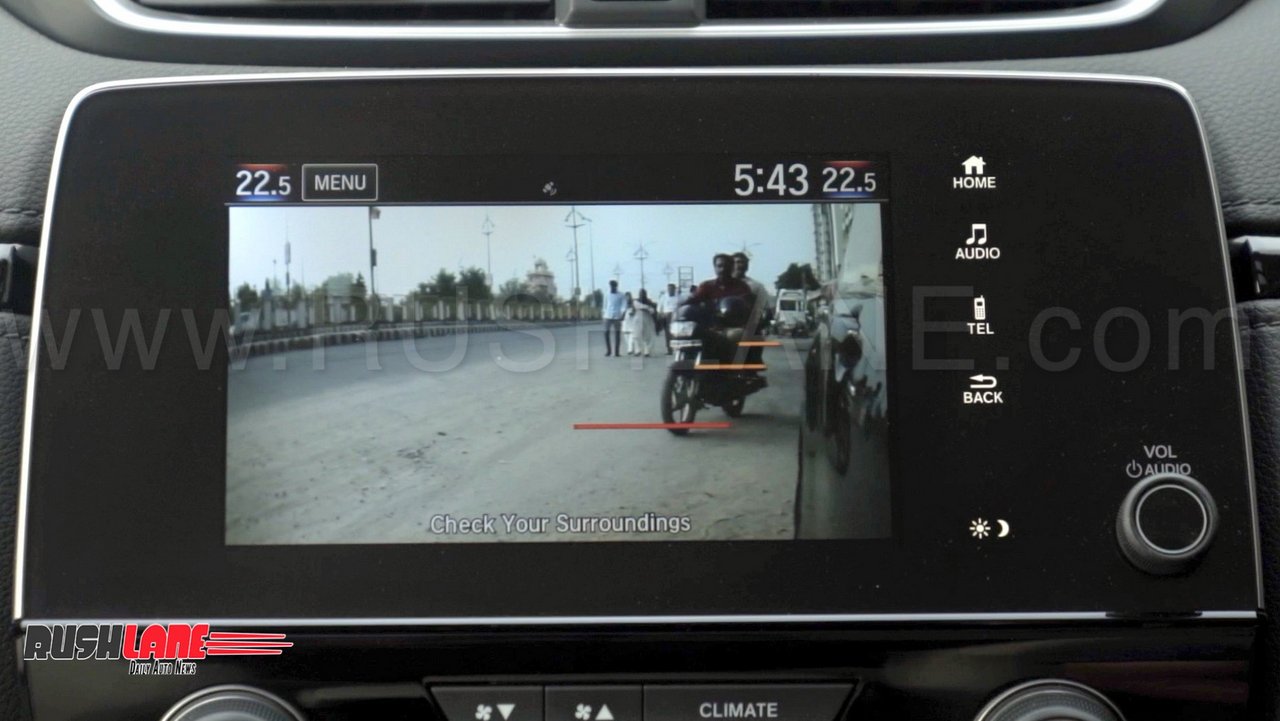 Safety – The CR-V stands out in the safety department. It does get the standard safety equipment like 6-airbags, ABS with EBD, ISOFIX mounts, Traction control, Brake assist and Hill-start assist. Thanks to the long list, the CR-V received a 5-star rating in the ASEAN NCAP test and we are confident that it will fare well in the upcoming Bharat NCAP test as well. However, the two features we would explicitly like to talk about are the Driver Attention Monitor and the camera on the left-ORVM.

The Driver Attention Monitor judges the driver’s attention level by taking in feedback from driver’s steering inputs and warns the driver if the system feels that the driver needs to take a break. The camera on the left-ORVM gets functional when the driver presses down the indicator for a left turn. A live-feed from the camera comes alive on the infotainment unit thus removing the blind spot which can be a potential reason for crashes.

Launch & Pricing – The car is scheduled to be launched later next month on 9th October, 2018, just in time for the upcoming festive season. Pricing hasn’t been revealed but Honda is expected to price the CR-V around the INR 28 lakh mark, with the top-end models costing a little higher. 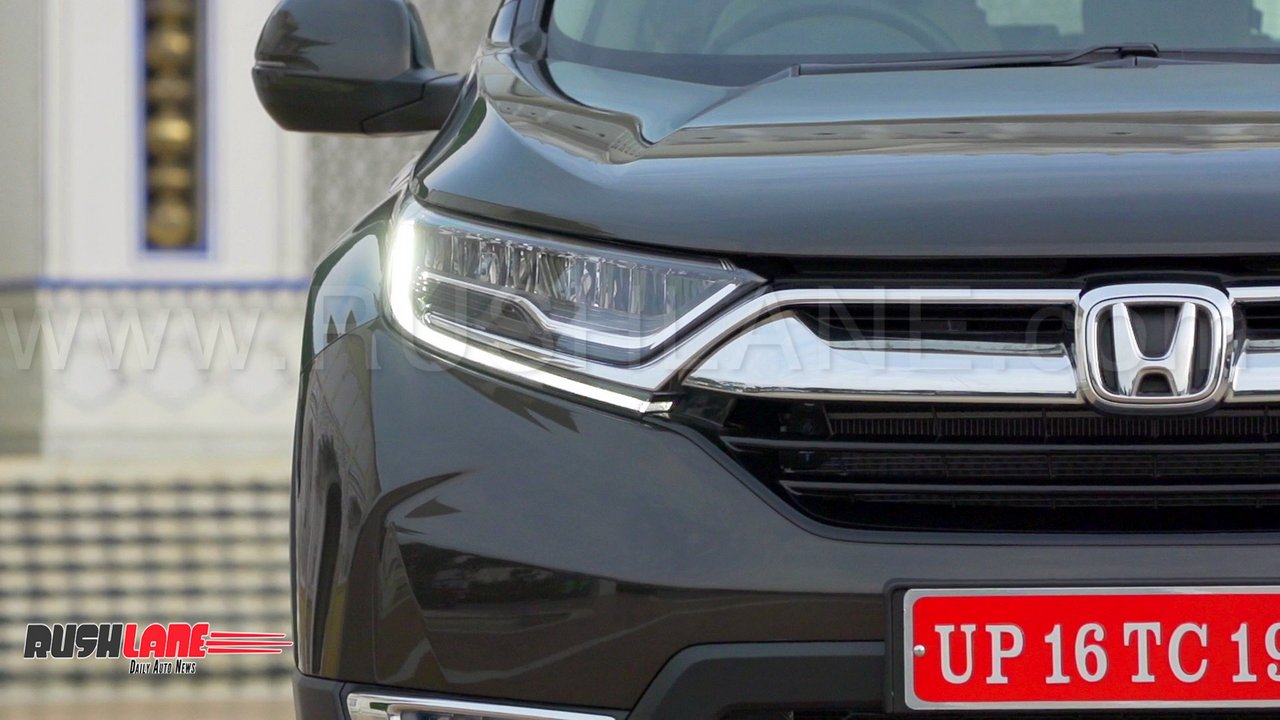 Verdict – The CR-V has never been a typical true-blue SUV and the fifth-generation model simply continues with its tradition. And, no, we aren’t complaining! The CR-V was one of the first cross-overs which provided the interior space and road presence of a SUV and still drove around like a car and the current version does just that, though with more refinement and quality.

The addition of the third row provides an additional reason to purchase the CR-V but it is the diesel which can help sway some additional non-Honda loyalists under the brand’s spectrum. The fifth-generation CR-V comes out as a good overall package which stands out from its competition, thanks to its architecture. This is the perfect deal for all those who don’t want a macho-looking SUV yet want class leading safety and luxury features along with the ease of driving a car around the INR 30-35 lakh mark.