New Honda hatchback (based on City sedan) could make its debut soon. Patent drawings of the car have popped up on the internet.

Honda Car India currently sells only the Jazz in the hatchback category, after the discontinuation of the smaller Brio. In the Indian context, the Honda Jazz is a premium hatchback. It has not been doing particularly well on the sales chart in recent months, simply because the competition has become tougher than ever before. Hence, the desirability of the Honda Jazz is going downhill and the Japanese brand has to give the Jazz some worthy updates if it wishes to see success on the market.

Now, a couple of patent images of a new Honda hatchback have emerged on the internet. The hatchback is evidently based on the latest-generation Honda City which will be making its Indian debut in a month or so. The car you see here would most likely come to the Chinese market which has already got its own version of the Honda City in a ‘notchback’ avatar, since 2016. Called the Honda Gienia, the China-spec City-based notchback is somewhere between a sedan and a hatchback in terms of design. 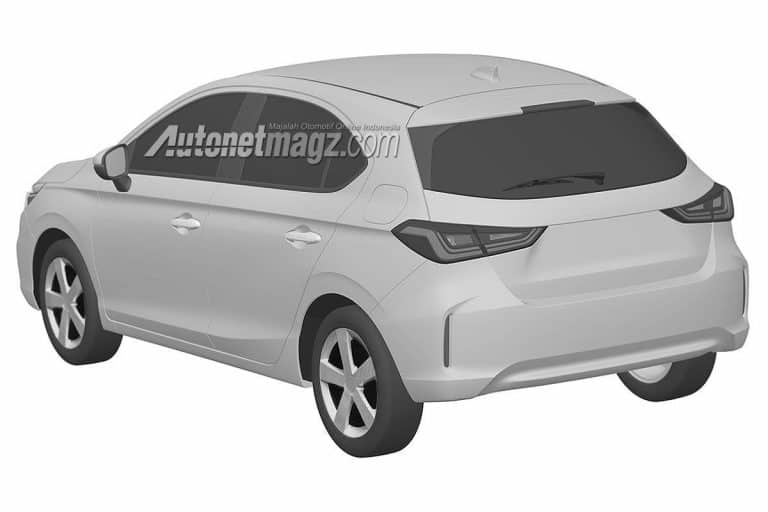 Coming back to the Honda Jazz, the hatchback had made a global debut in an all-new avatar towards the end of last year. However, it has been confirmed that the new-gen Jazz will not make it to the Indian market. For the same reason, the City-based hatchback discussed here could be the most viable replacement to the present-gen Honda Jazz in India.

The Honda Jazz will be going through BS6 update for both petrol and diesel formats. At present, the BS4-compliant Honda Jazz comes with either a 1.2-litre i-VTEC petrol or 1.5-litre i-DTEC diesel four-cylinder engine. The petrol engine is good for 89bhp and 110Nm of torque while the diesel mill makes a stronger 99bhp and 200Nm of torque. The petrol variant comes coupled to a 5-speed manual or a CVT. The diesel engine is mated to a 6-speed manual transmission.

The process of updating to BS6 emission norms has usually resulted in slightly lower output figures. The petrol-powered Honda Jazz is often criticised for being a very lethargic car to drive (especially when taking its dimensions to account) and it is worth the wait to see how BS6 update would affect its performance.

It is too early to comment on the specifications of the newly-patented City-based hatchback, but rumours suggest that it could be powered by a 1.0-litre turbo petrol motor or a 1.5-litre mild-hybrid petrol unit. In the coming days, Honda itself will be giving a clearer picture of the same.