1. LED DRLs – LED Daytime Running Lights, surrounding the front fog lights, are seen on the new Creta facelift which were not a feature on its outgoing counterpart. These LED DRLs are not only ideal to increase visibility of any vehicle during the daytime but is also now a mandatory feature in many global markets. 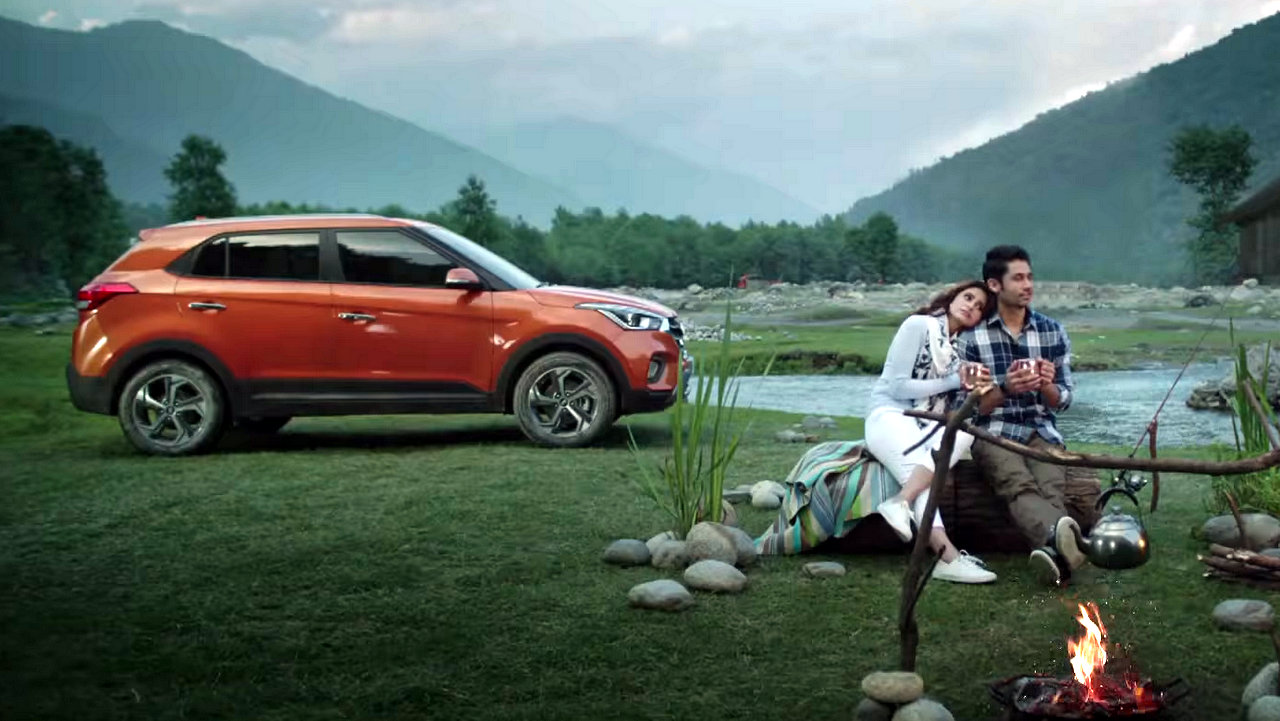 2. LED Side Indicators – LED Side Indicators, integrated into the mirror gives the new Hyundai Creta facelift a more premium stance. These LED lights are low on electric consumption, offer added brightness and offer longer life as compared to conventional bulbs.

4. Shark Fin Antenna – Positioned on the roof for better coverage, this shark fin antenna, seen widely on premium German models adds to the looks of the new Hyundai Creta. This antenna is also helpful in improving signal for FM Radio as well as improving car’s aerodynamics. They are also compact in size and last longer.

5. Electrically Powered Sun Roof – Cars with sun-roofs get better attention from buyers in the country and Hyundai has added this feature to the 2018 Hyundai Creta facelift. The sun roof can be opened and shut at the touch of a button. It offers better air circulation via a small vent that only lets the air circulate in the vehicle while it can be fully opened as well.

6. Electrically Adjustable Driver’s Seat – Top end variants of the 2018 Hyundai Creta get this premium feature. The electrically powered driver’s seat can be adjusted with the least effort allowing the driver to be comfortably seated. This is a 6 way adjustable seat but does not come with memory function.

7. Wireless Phone Charging – 2018 Hyundai Creta facelift becomes the first vehicle in its segment to come in with built in wireless charging system for Android and Apple smartphones with a charging pad positioned just ahead of the gear lever.

8. Smart Key Band – Again offered only on top end variants of the Hyundai Creta facelift, Smart Key Bank offers entry to the car without the use of key fob. Smart Band takes the place of the key allowing the driver to open the car door and get the engine started. The Smart Band also performs other functions such as unlocking door, recording sleep cycles and counting steps besides opening tailgate.

9. Cruise Control – Among the many safety features offered with the 2018 Hyundai Creta, this new cruise control system maintains speed of the vehicle on highways without acceleration input, thereby giving driver an easier and stress free driving style especially over longer distances.

10. Infotainment System – A 7” touchscreen infotainment system along with Apple CarPlay and Android Auto has found its way into the 2018 Hyundai Creta facelift. This is a larger and more responsive screen as compared to that seen in its earlier counterpart.