Hyundai i20 N comes with a 1.6-litre turbocharged engine mated to a six-speed manual gearbox as the only option

The sportiest hatchback from Hyundai has finally made its debut in Europe. The new generation i20 N has been unveiled officially and becomes the latest car from the Korean manufacturer’s portfolio to join the likes of i30 N and i30 N Fastback in its high-performance range of cars in Europe.

After a long developmental phase along with countless spy shots and teasers, the hot hatch is there for everyone to see. Images of the upcoming sporty hatch were teased by the brand a couple of weeks earlier which gave us a few details about it. Most of its specifications were already known to us.

From the looks of it, Hyundai i20 N takes design inspirations from i20 WRC rally cars. Not to forget that it has its roots in motorsports which is why it weighs exactly the same as the minimum required weight in the FIA World Rally Championship (WRC).

Carrying the same exterior as the regular i20 based on the new generation model, i20 N gets additional aerodynamic styling which renders sportiness to it. The sporty appeal is accentuated by its lower stance as it stands 10mm lower than the standard model. 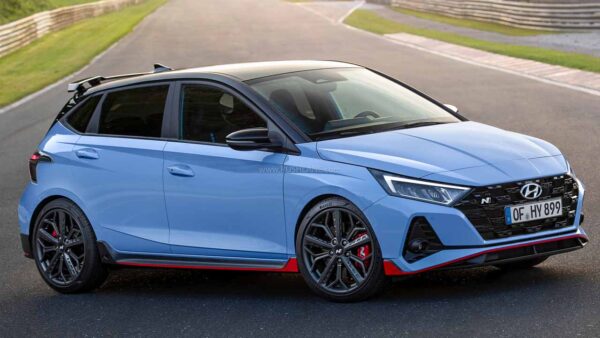 It receives wider and larger air dams which are highlighted by the red splitters outlining underneath. Similar red inserts could be seen all over the exterior. Most of its design elements have been borrowed from its elder sibling- i30 N.

Other prominent highlights include 18-inch bespoke angular alloy wheels which get ‘N’ branded brake calipers in a red shade. An explicit description of its design can be found in our previous report. 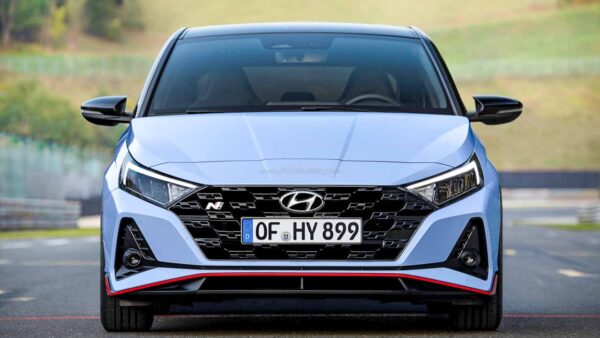 Coming to its most crucial attribute- performance, it is in this department where i20 N is supposed to blow everyone’s mind and it does, at least on paper. It is powered by a 1.6-litre turbocharged GDi petrol engine paired with a six-speed manual transmission.

This unit cranks out 201 bhp and 275 Nm of peak torque. It tips the weighing scale at just 1190 kg which makes it so nimble. These figures are translated into a strong performance with a top speed of 230 kmph. It can do a 0-100 kmph sprint in just 6.8 seconds. 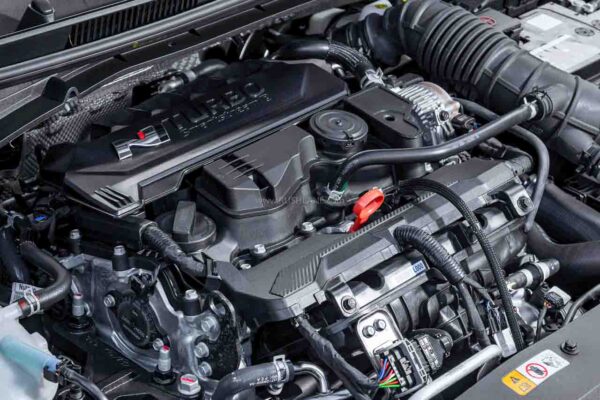 Hyundai claims that peak torque is available from 1750rpm up to 4500rpm whereas peak power kicks in between 5,500 and 6,000 rpm. This wide band of torque and power band means the new i20 N gives a very strong mid-range and top-range performance.

This powertrain is also used in other Hyundai cars but in the i20 N it is equipped with a bespoke turbocharger and intercooler system. The engine also gets a Continuously Variable Valve Duration (CVVD) technology which further optimizes fuel efficiency. 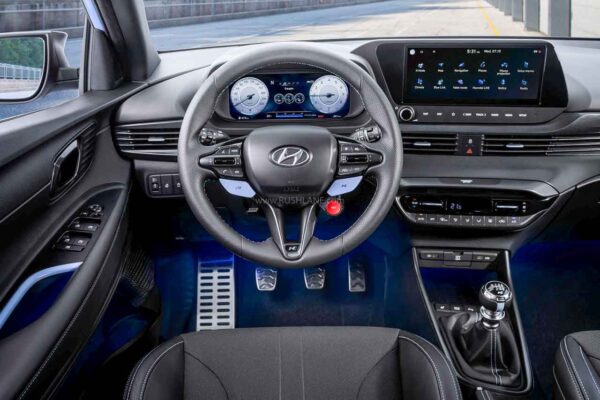 To complement the engine for an exhilarating performance a number of electronic controls have been offered. It gets a host of driving modes which include Normal, Eco, Sport, N and N Custom. The N Custom mode is driver configurable and he/she can choose from the rest of the modes and thereby adjust throttle response, engine noise and steering weight accordingly. It includes a rev-matching function and variable muffler control.

In terms of features, it is extremely well-kitted and comes with all the bells and whistles. The equipment list includes a 10.25-inch touchscreen infotainment system with Apple CarPlay and Android Auto, satellite navigation, wireless phone charging, a flat-bottom steering with N badging, automatic headlamps and a whole lot more. 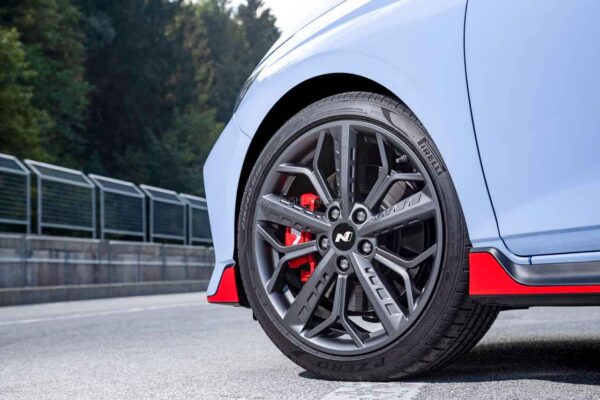 Official prices have not been announced yet, however, it is expected to be priced competitively against its rivals. It will compete against the likes of Ford Puma ST, Volkswagen Polo GTI and MINI Cooper. This performance spec model is not expected to make its way to India, however, the regular Hyundai i20 in its new avatar is expected to be launched on early next month. 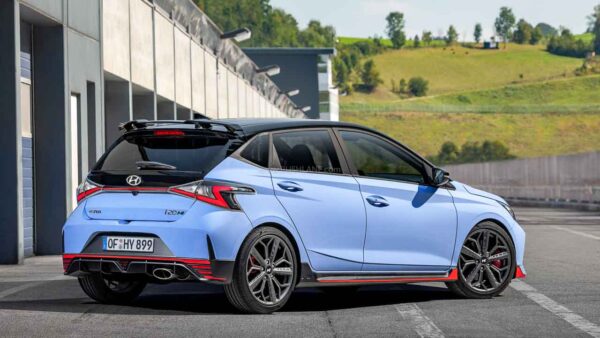