Hyundai Santro hatchback is set to be launched in India during the upcoming festive season, on 23rd October. It will be the first product to be launched under Hyundai’s latest ‘Modern Premium’ philosophy which aims to offer both, a premium experience and enhanced value to customers.

Ahead of launch, the new Hyundai Santro has been spied in production-ready guise. The compact hatchback will be positioned between Eon and Grand i10. Compared to the older Santro, new Santro will be longer and wider.

Interiors of the new Hyundai Santro will be of more premium quality as compared to its earlier model. It will sport comfortable seating with better quality upholstery, a three spoke steering wheel and audio mounted controls. It will also receive a touchscreen infotainment system, a dashboard mounted gear lever and other accents from the Grand i10. 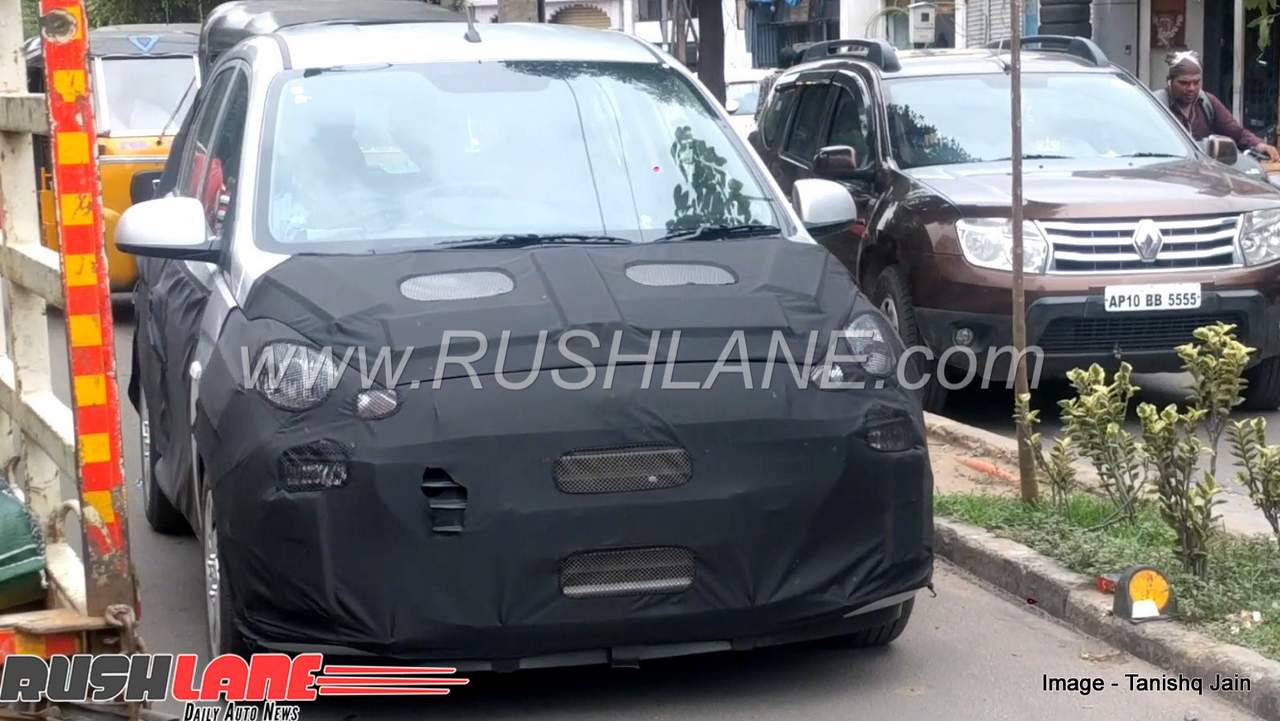 Though engine specifications have not yet been detailed, it is expected that the Hyundai Santro will be powered by a 1.0 liter petrol engines mated to 5 speed manual transmissions as standard while the automaker may also offer top end variants with indigenously developed Automated Manual Transmission (AMT), called Smart Auto.

Pricing is expected to be around Rs 3.5-6 lakhs. Once launched, it will directly compete with the Tata Tiago, Maruti WagonR and Renault Kwid.