It was in 2016 that Mahindra announced their successful take over of the iconic Jawa brand. Ever since that announcement, fans have been waiting with bated breath for the day when the first Jawa motorcycle will be launched. Well, today is not that day. But, the day is surely getting closer when the first Jawa will be launched in India by Mahindra’s subsidiary – CLassic Legends. 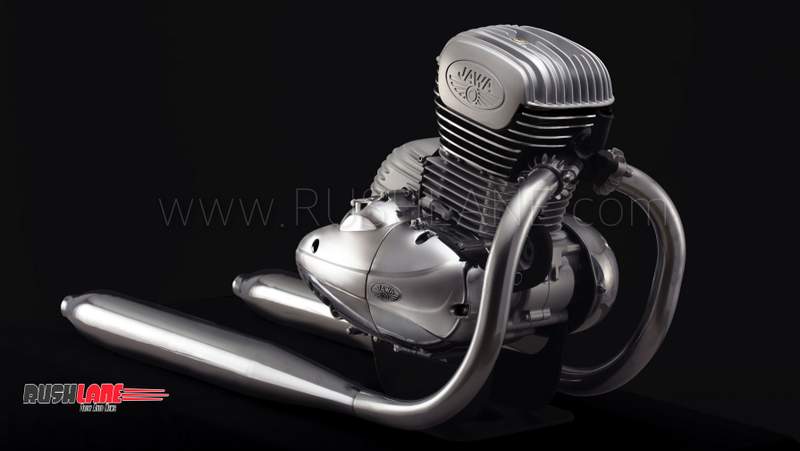 In comparison, the Mahindra Mojo engine is a 295 cc single cylinder liquid cooled DOHC machine which delivers 27 hp and 30 Nm. Though the specs look ver similar of both Mojo and the Jawa engine, Mahindra claims that the Jawa engine is completely new and is not at all related to Mojo.

Speaking about their new engine – Mahindra says, “The brief we took upon ourselves was always to build an engine that had the Jawa DNA. Classic, yet sporty. And it was clear, if anything, it had to be free revving. Working closely with one of the world’s leading engine specialist at the technical center in Varese, Italy, not only did we build an engine with a near flat torque curve and generous mid-range, but also a motor strong enough to last a lifetime. Piece by piece bringing together Classic and Sporty all in one!” 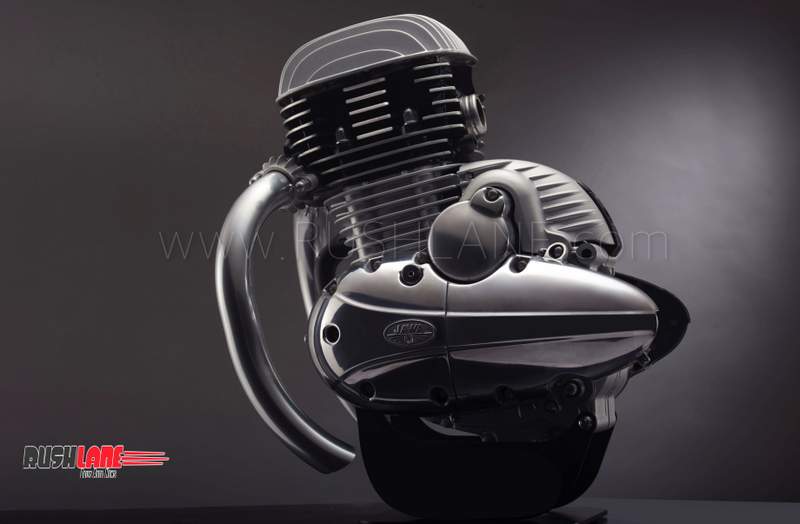 “However it was not just the aesthetics and power delivery we tried to engineer. The unique exhaust note of the old Jawa was something that we were in love with and we wanted our engine to have a unique sound, given that replicating the tone of a classic 2-stroke on a modern day 4-stroke would be a big challenge. A maverick team of sound engineers in Italy worked extensively with us through countless cycles of harmonic pipe combinations and multiple other permutations to discover a sound that was worthy of the new Jawa.”

“While the engine needed to be built with a reminiscent sameness it needed to be an engine of the future. Hence, the engine has been built on a BS6 ready platform. From the tuning of the fuel injection to the gearbox that completes the powertrain, we believe one will get from this engine, what one seeks in a classic.”

The official release shared by the company did not talk about the launch of the motorcycle. But, considering the tweets shared by Mr Anand Mahindra, one can expect the launch to be closer than expected. Once launched, the Jawa brand could rival the likes Royal Enfield in India.