UPDATE: The Mahindra U321 MPV, which has been actively tested over the past few months, has finally got a new name. Called the Marazzo which means ‘Shark’ in Spanish, this new MPV will enter production at the company plant in Nashik. A total of Rs 1,000 – 1,500 crores has been invested in this MPV’s development.

Positioned on an all new platform, the 2018 Mahindra Marazzo MPV has been jointly designed and developed at Mahindra’s North American Technical Centre (MNATC) in Michigan, USA, and at Mahindra Research Valley in Chennai. Mahindra says that this is their biggest car till date, in terms of space offered to customers. 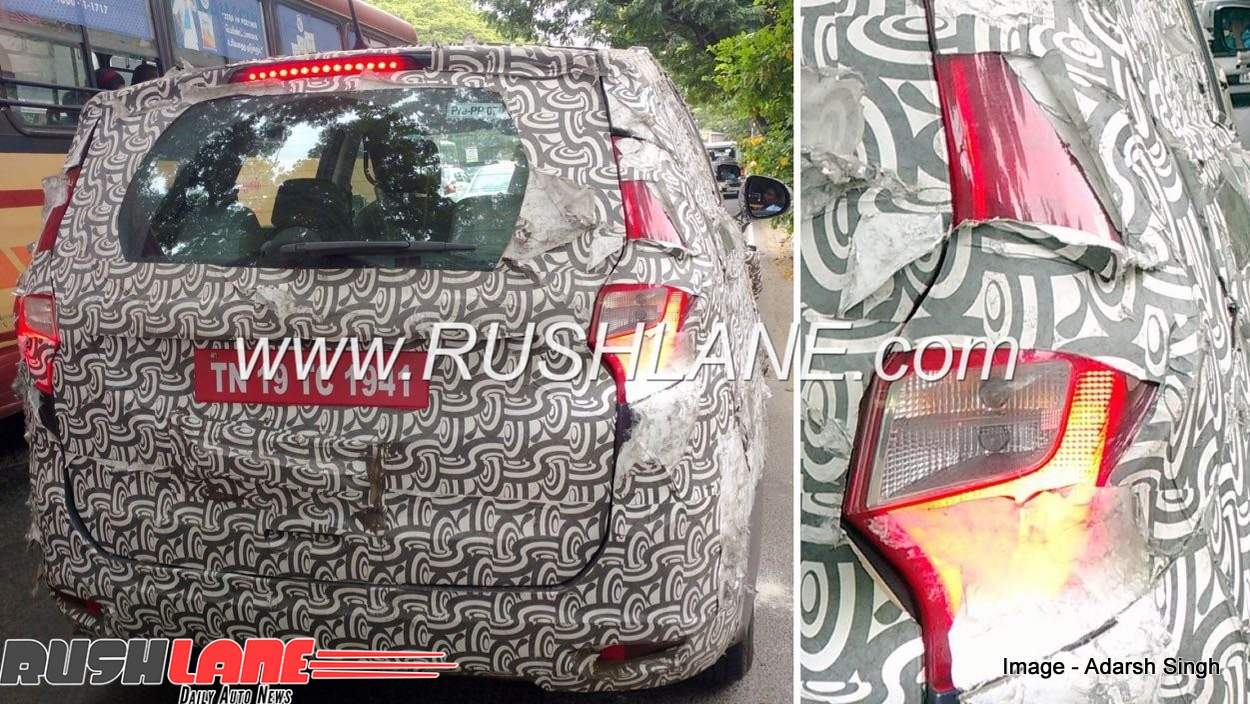 Latest spyshots of the MPV on test have revealed certain exterior shark inspired elements. It was noted with a chrome grille inspired by sharks teeth, swept back headlamps and projector lens lights along with vertically stacked tail lamps inspired by a sharks tail, a shark fin antenna, alloy wheels and a raked windshield. It has also been seen with rear windshield wipers, steel rims on sporty alloy wheels and LED DRLs.

Interiors are done up in a dual tone color scheme in black and beige with chrome accents throughout its interior add a premium appeal. The base variant gets manual air conditioning while top end variants receive automatic air conditioning.

Mahindra Marazzo gets a touchscreen infotainment system, navigation and control buttons for audio and cruise control, a cooled glove box and a three spoke steering wheel. ABS, EBD, airbags and traction control are among its safety features. Mahindra claims that their new MPV has best in class ride quality and world class built quality.

Both engines could get mated to 6 speed manual while automatic transmission will also be an option. It is likely to be priced between Rs 12-15 lakhs and will compete with Maruti Suzuki Ertiga and Toyota Innova Crysta. Launch is confirmed to take place next month, before Diwali 2018 starts.