Mahindra, leading SUV makers in India, are keen to regain their market share. Three new products are planned for launch which includes the upcoming U321 MPV, S201 SUV and Rexton-based SUV. The S201 is a compact SUV which is based on the SsangYong Tivoli, currently on sale in international markets.

The new Mahindra SUV has been seen on test on numerous occasions but always under heavy camouflage. However, this time, thanks to reader Mohammed Shahbaaz, we get to see the production-spec LED taillights of the new SUV. 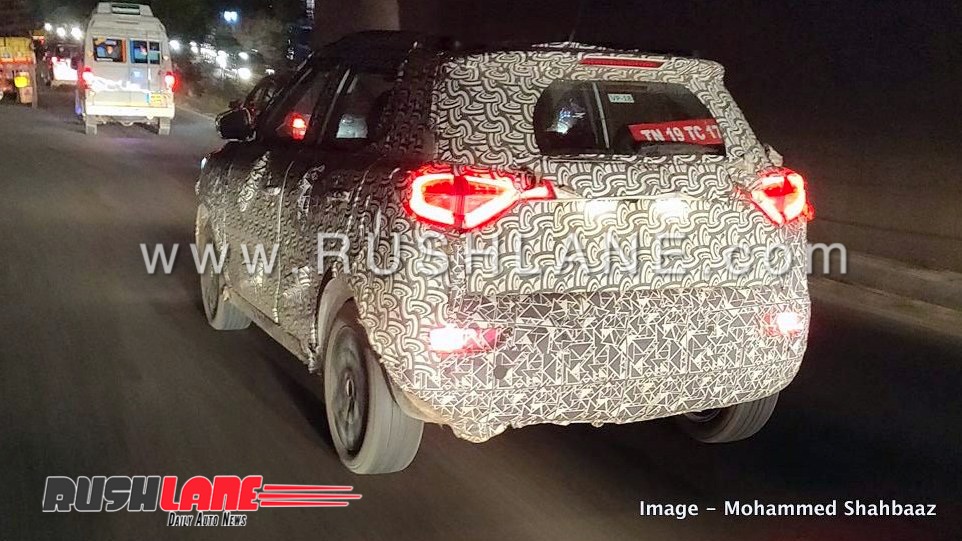 Mahindra S201 will compete with Maruti Vitara Brezza, Tata Nexon and Ford EcoSport once launched. It will be smaller than SsangYong Tivoli on which it is based and with which it will share underpinnings and body panels.

Sporting a five seater cabin, interiors are well appointed with dual zone climate controls, new dashboard design in a dual tone color scheme of beige and black, faux aluminum panels dividing the dashboard into two halves and a steering wheel following the same design as that seen on the Tivoli with steering mounted controls for both audio and Bluetooth. The S201 also gets an instrument cluster sporting two large dials and a multi information display located in the center and finished in silver.

Other interior features on Mahindra S201 include a 7” touchscreen infotainment system supporting Apple CarPlay and Android Auto and display for reverse camera. There is also a possibility that Mahindra will include SatNav on the S201.

The central console is finished in piano black with buttons for air conditioning and defogger. As a segment first feature, the S201 will sport dual zone climate control. It will also be seen with dual USB port and AUX-IN with a 12V socket. As a special safety feature on the S201, Mahindra will be offering a total of 7 airbags on the top spec model.

Launch of Mahindra S201 is pegged for the months ahead when it will be powered by a 1.5 liter diesel engine and a 1.2 liter, 3 cylinder, turbo petrol engine mated to a manual gearbox. AMT options will also be on offer. More details will be revealed upon launch.