Maruti Alto, the company’s bestselling hatchback, is slated for an upgrade. This will in fact be the biggest ever upgrade, the Alto nameplate will receive. It is being done so as to meet the upcoming crash test norms in India.

The current model on sale will be discontinued, as it does not comply with crash test norms coming into effect from October 2019. So before the implement of new crash test norms, Maruti will launch the new gen Alto. 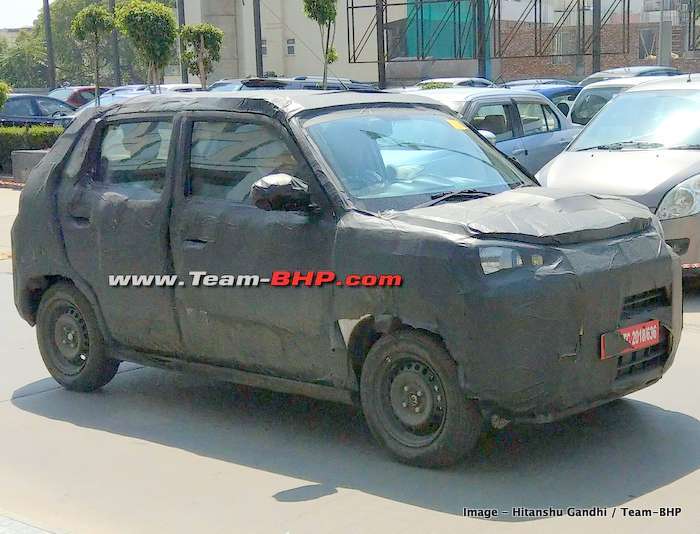 Test mules of new gen Maruti Alto have already been spotted on test. Sporting design elements from the Future S Concept, which was showcased at the 2018 Auto Expo, the new gen Alto will look more like a mini SUV. In fact, it looks more like a mini Ignis and the Japan-spec Alto. It will be based on the same Heartect platform, on which the new gen Swift, Dzire, Baleno, Ignis, WagonR are based.

The upcoming Alto was spied wearing heavy camouflage. Its side sports an upright A Pillar and raised suspension while window sizes have increased. It seems to be wearing larger 14 inch wheels. The rear windscreen was also noted along with a large bootlid and bumper. Interiors of the new Alto hatchback could also get upgraded with a centrally mounted instrument cluster with digital readouts, an HVAC system mounted high on the dashboard and a 7” touchscreen unit. It will also get better safety features with ABS, EBD and dual airbags. 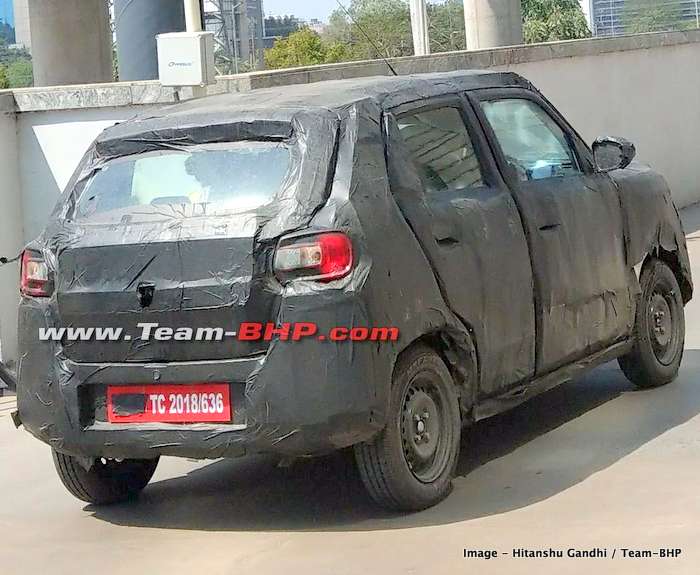 As on date, the Maruti Alto is powered by a 0.8 liter petrol engine offering 48 PS power and 69 Nm torque and a 1.0 liter engine capable of 68 PS power and 90 Nm torque mated to a 5 speed manual transmission. It could be these same engines that will be carried forward on the new Alto, but with BS6 emission upgrade. This will result in the engines becoming more efficient, powerful and refined. Transmission options could include a 5 speed manual and an AMT.

The new Alto could also see a revision on the price factor. While the current model is priced between Rs.2.62 lakhs to Rs.3.93 lakhs, the updated model could start about Rs 20k higher, thanks to more equipment and engine upgrade. It is scheduled for launch some time later this year. Once launched, it will continue its rivalry with the Renault Kwid and Datsun Redi GO.