C-sedan is last of the sub-segments to stay resilient to the crossover fever that has taken over our auto market. Though the pressure from high-riding alternatives in that price bracket has reduced the size of the mid-size sedan segment, it continues to be large enough to keep automakers engaged.

Interestingly, Maruti Suzuki, a company which usually understands an average Indian car buyer better than any other OEMs, used to struggle in this space. However, things changed for Maruti in 2014 when the Ciaz took the baton from the lackluster SX4. 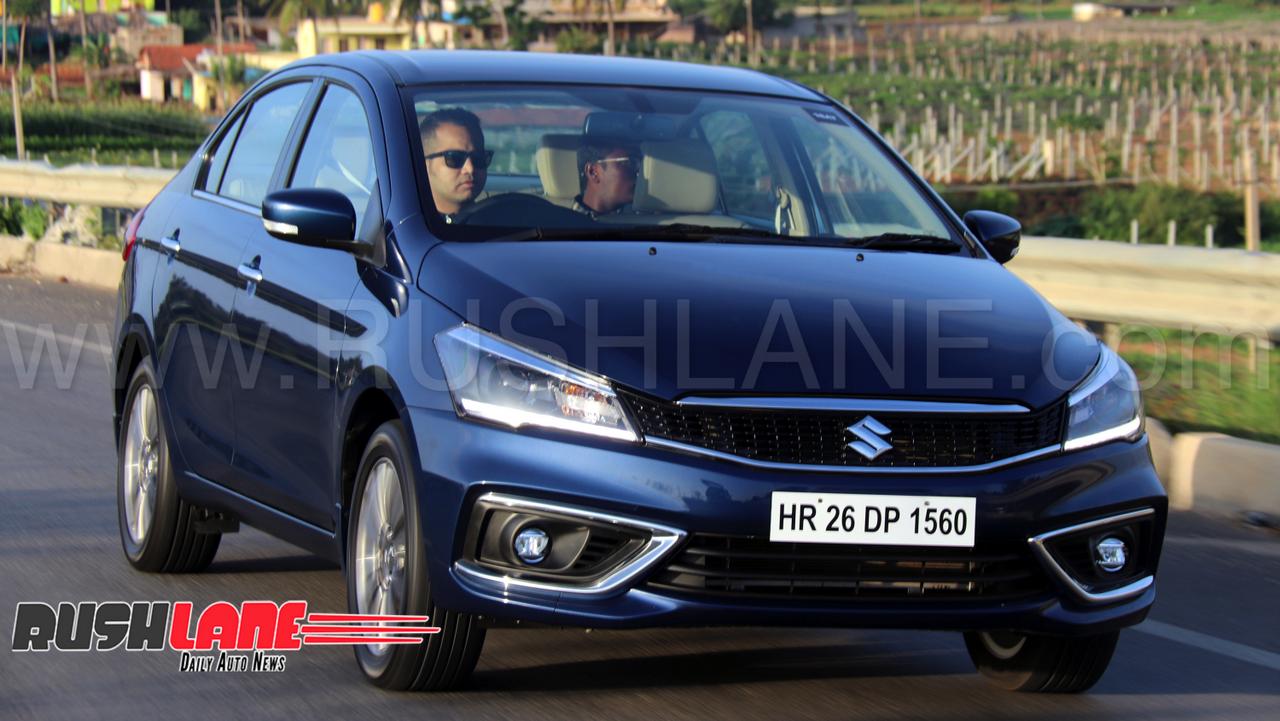 Maruti Ciaz is everything that the SX4 wasn’t – stylish, premium, well-equipped, comfortable, spacious, and above all, youthful. After an intense head-to-head battle with the incumbent Honda City for first few months, the Ciaz prevailed as the new segment king. Four years down the line, with improved confidence in the upmarket segment, the automaker has executed a mid-life refresh of the sedan to maintain its segment leadership. We just got ourselves acquainted with the 2018 Maruti Ciaz in Bengaluru, and here is all there is to know about it.

Aesthetics – The Ciaz has always been widely appreciated for its elegant and proportionate styling. The facelifted sedan manages to up the game even further. Most of the visual changes are concentrated on the front fascia which now features a wider new grille with a lot less chrome (thankfully). The reprofiled bumper houses a larger, chrome highlighted fog lamp enclosures, simple airdam and a sharper chin. The headlamp shape stays the same but the layout of the elements inside has been changed. 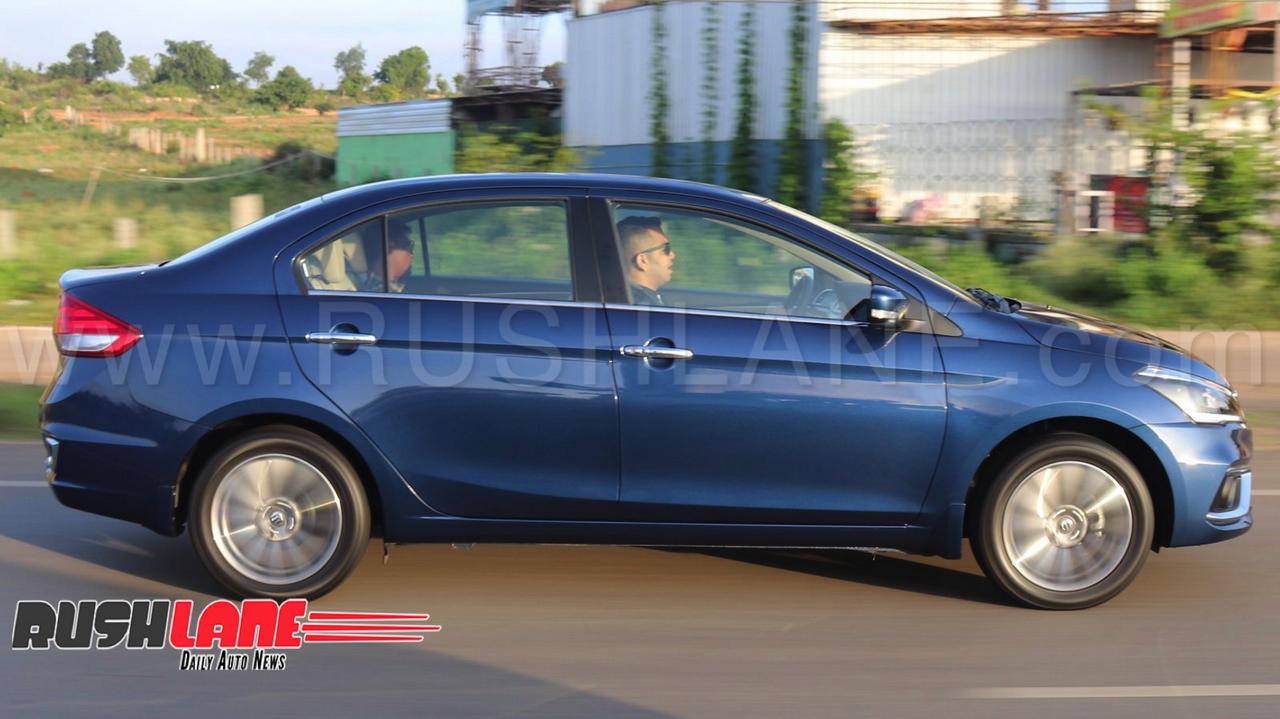 The profile has been left intact save for the dual-tone alloy wheels while the rear gets new taillight graphics and additional chrome bits. The new Maruti Ciaz looks classier without trying as hard as its predece

Cabin – There are no major changes to the cabin whatsoever and this means feedback from the existing customers has been very positive. The only visual change comes from the faux wood panel which now adopts a lighter hue and matte finish. Materials used, built quality, and practicality are just as good as they were in the previous sedan.

Visibility from the driver seat is brilliant, and the entire cabin feels light and airy, thanks to huge greenhouse area. There is nothing to find fault with the ergonomics as switch gears are tactile, front seats are comfortable, and a suitable driving position is easy to achieve. 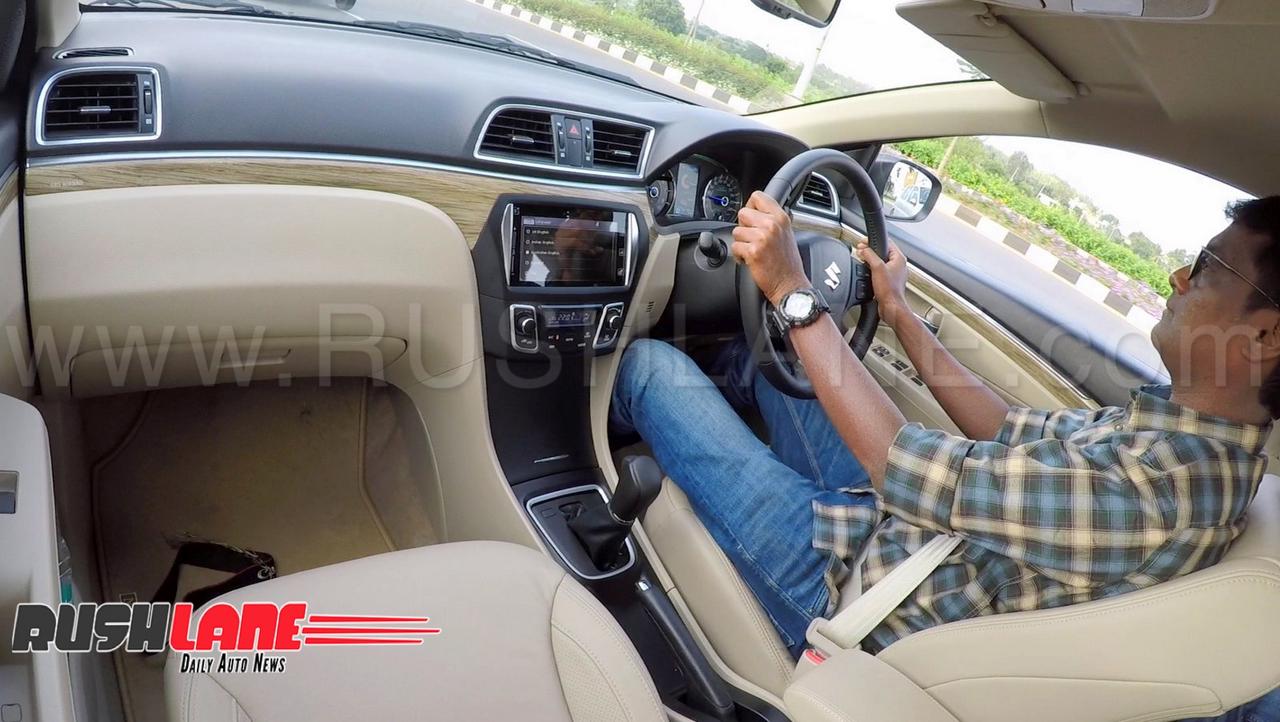 The rear bench is one of the prime reasons for Ciaz’s success and Maruti is smart enough not to fiddle with it. The space on offer is enormous and seating three passengers abreast isn’t an issue at all. The seat is positioned high and the seatback recline is optimum. To nitpick, the thigh support could have been slightly better.

Overall, the Maruti Ciaz facelift’s cabin is a very pleasant place to be in, and it feels properly premium. 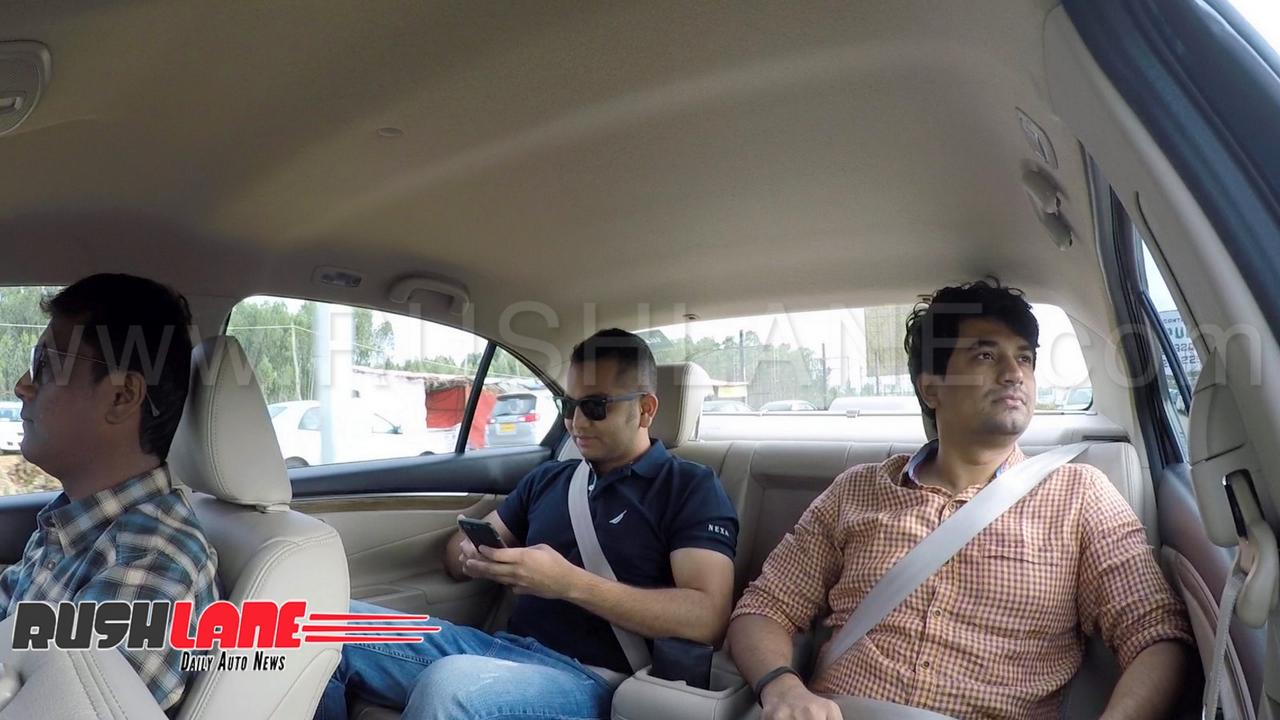 In terms of safety, new Ciaz gets speed alert system which beeps once when the speed exceeds 80 kmph and beeps continuously above 120 kmph market. The expected safety features like dual airbags, ABS, and EBD are standard across the variant lineup. The AT variants come with ESP and hill hold.

The most significant update of new Maruti Ciaz is the new 1.5-litre naturally aspirated petrol engine which replaces the older 1.4-litre unit. The new motor, named K15B, develops 104.6 PS and 138 Nm of torque. A 5-speed manual gearbox is a standard fitment but buyers of the petrol variant can also opt for the familiar 4-speed AT. The 1.3-litre 90 PS DDiS diesel engine has been retained without any major changes. We experienced both manual and automatic petrol variants during our brief drive. 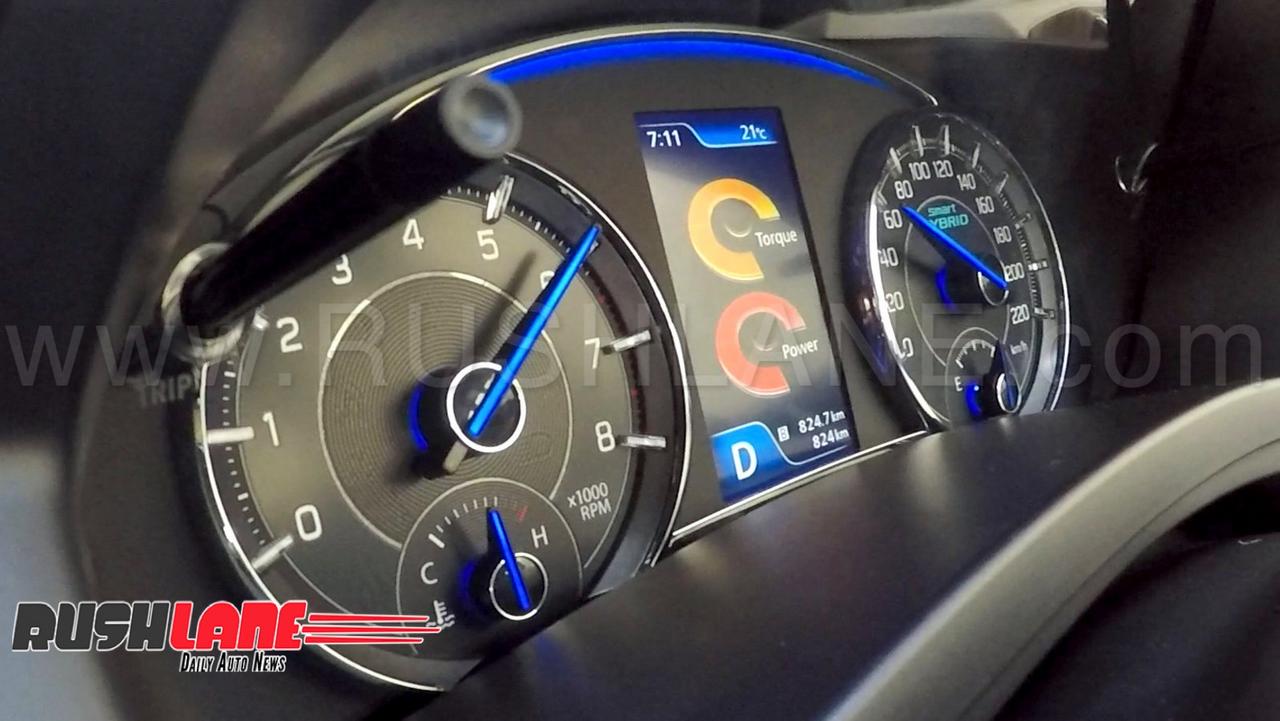 The new petrol motor is pretty refined and is very easy to get used to. Maruti has integrated ‘Smart Hybrid’ which is similar to the one seen on the pre-facelift diesel variants but the new petrol model gets a Li-ion battery in addition to the existing lead-acid unit. The Integrated Starter Generator provides torque assist to the engine when needed, recovers kinetic energy during braking, and stores it in the two batteries.

The petrol Ciaz doesn’t like to be rushed but the performance on offer is adequate for the target audience. If at all the ISG’s torque assist works, it does so without announcing its presence. The powertrain has impressive driveablity both in manual and automatic guises. The manual gearbox has a slick shifting feel while the AT unit doesn’t feel the need for an extra ratio under normal operating conditions.

The manual variant has an ARAI rated FE of 21.56 kmpl while the AT variant’s figure stands at 20.28 kmpl. To summarize, the Ciaz K15B may not impress hardcore driving enthusiasts but it scores high on smoothness and practicality. 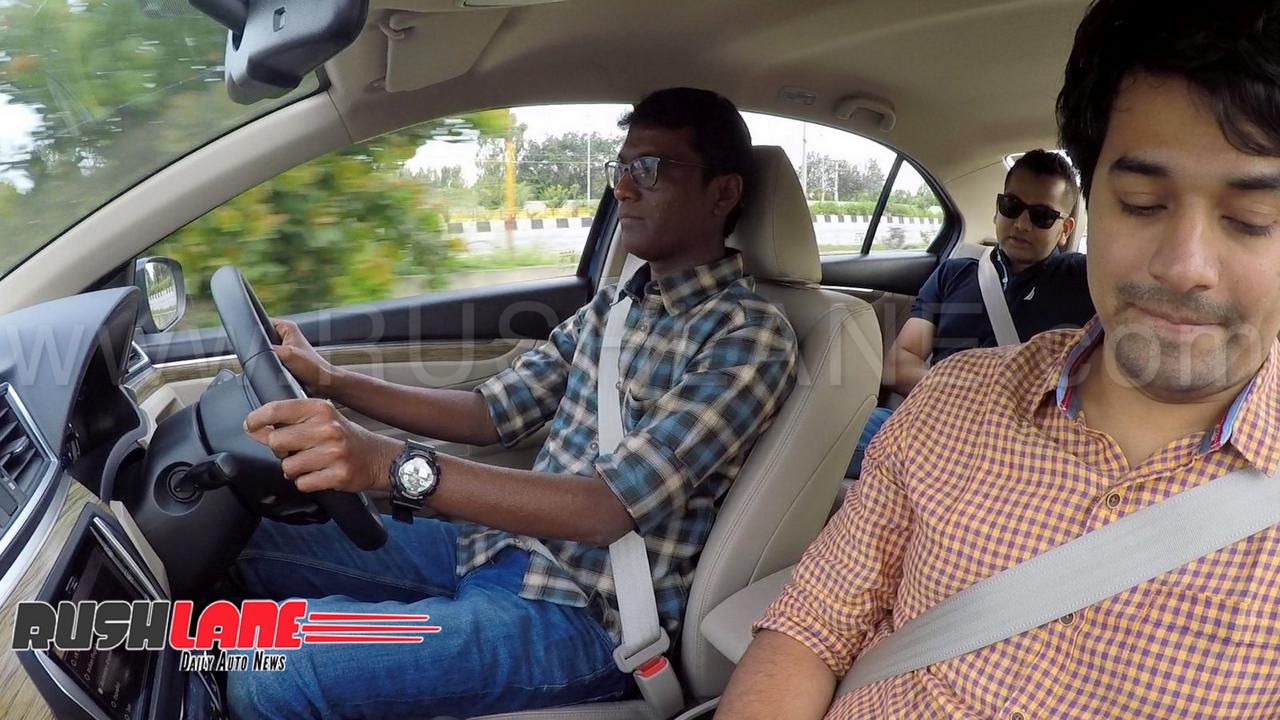 Ride, Handling and Braking – Maruti claims that it has slightly retuned the suspension to offer better comfort. Our initial impressions are that the ride quality is more or less the same (the old car itself was impressive in this department) but the unwanted chassis movements have been reduced a bit. The Ciaz excelled on very poor suburban roads near Bengaluru and felt stable at highway speeds. The brakes have adequate power and are easy to modulate.

For a car that’s tuned for comfort, the Ciaz is a decent handler with good body control around sweeping high-speed corners. Actually, the weakest link here is the steering system. It is reasonably light at city speeds but feels vague around the centre point at any speed. It weighs up inconsistently and feels disconnected when you need it the most. There is very little information about the grip level at wheels when you negotiate long winding bends at highway speeds. This can get scary at times and robs a lot of confidence from the driver. 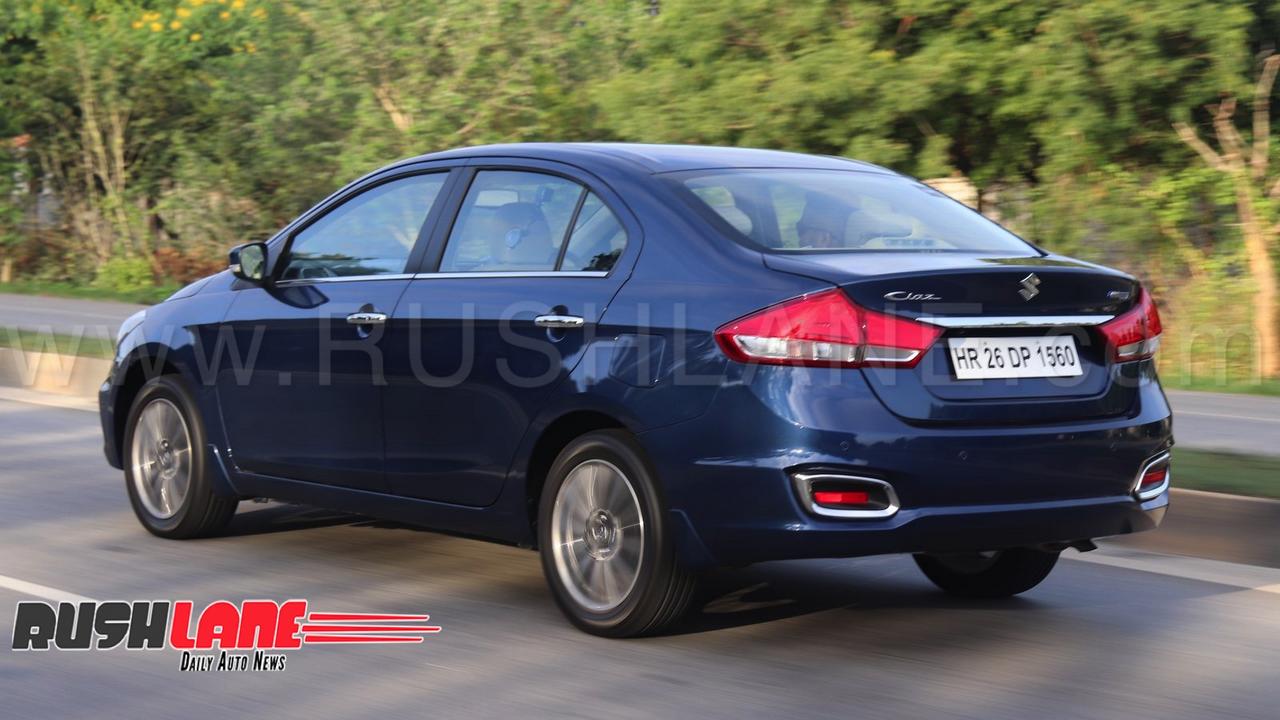 Verdict – 2018 Maruti Ciaz emerges as a grown up and better equipped successor to a sedan that was already leading a segment filled with some pretty accomplished rivals. It looks more appealing, the new petrol engine works well, and Maruti did good not to mess with the widely appreciated traits of the car. The sweetest aspect of the new Ciaz continues to be the unmatched value of money quotient. The Honda City and Hyundai Verna are not even close.

To sum it all up, Maruti has managed to make the Ciaz an even better package than it was. So, if you are a chauffeur-driven variety, there is simply no better alternative in this segment. Even if you are not, the 2018 Maruti Ciaz makes a strong case for itself. The leadership position shall be retained!