Maruti Suzuki is all set to launch the all-new Ertiga MPV in the coming weeks. As per Car and Bike, launch is scheduled to take place at the end of October, just ahead of the Diwali 2018 period. While the car has already created a lot of buzz, several details have now been revealed in a bunch of promotional videos released by Suzuki Indonesia. The info is relevant, as the upcoming Indian variant will largely be the same as the Indonesian version.

Second generation Ertiga is built on the HEARTECT platform, which makes it both lighter and stronger. Leaked spy shots reveal entirely new design that’s a lot bolder and stylish than earlier. New Ertiga is longer than its predecessor, which means more space on the inside. However, certain features have been left untouched such as the 2,640 mm wheelbase and 3-row seating configuration that can accommodate 7 passengers.

Interiors have been spruced up, featuring a stylish new dashboard that has premium faux wood panelling. Door trims also sport the faux wood panelling. Centre console has a new touchscreen infotainment unit with curved edges, which looks neat and classy. There’s also SmartPlay infotainment unit that can be used with Apple CarPlay and Android Auto. There are several other additions that have made the interiors feature-rich and enhanced its overall look and feel.

All-new Ertiga will be available in both petrol and diesel engine options. The petrol variant will have a new 1.5 litre K-Series engine that delivers 104 Bhp and 138 Nm of torque. It will be mated to a 5-speed manual or 4-speed automatic transmission. The earlier 1.4 litre petrol engine delivered 94 Bhp and 130 Nm torque. Ertiga’s new engine will also have a mild hybrid system that will give better mileage per litre. Mild hybrid system comes with torque assist, brake energy regeneration and idle stop features. 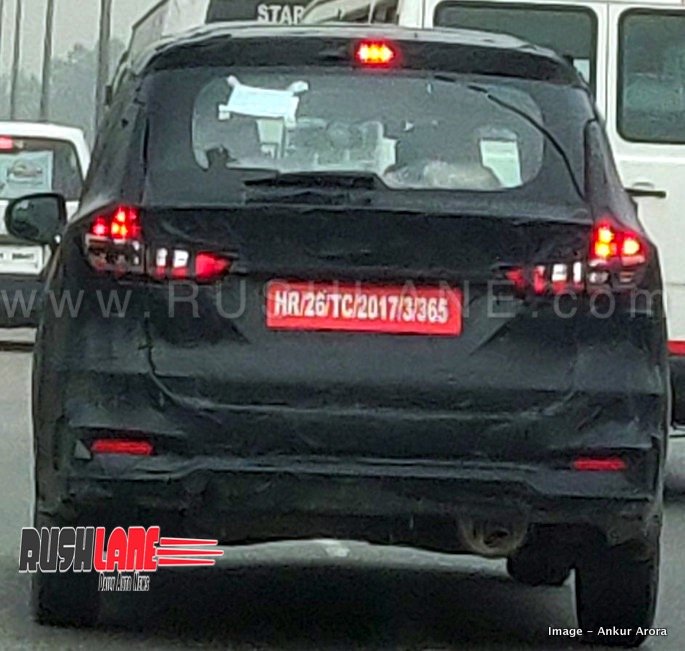