Amidst this long-lasting pandemic, the Beijing Auto Show 2020 comes as a breath of fresh air. Many global production-spec or concept models can be seen here which might be seen on roads in the coming future. Here we have another product which might be launched in several international markets in time.

MG Motor unveiled its upcoming mid-size sedan called MG5 at the Beijing Auto Show earlier this year. While its design language was revealed a few months ago, it is for the first time that the upcoming car has been showcased in its almost production form. At the first glance, one might confuse it with the current crop of Hyundai cars thanks to its aggressive front grille. 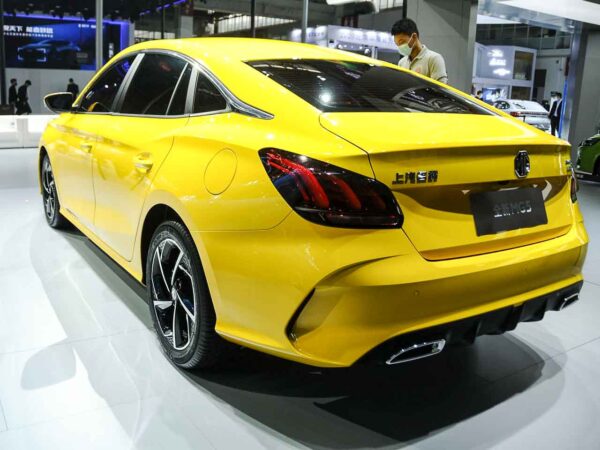 What does strike us instantly about this car’s design is its sweptback angular headlight clusters with dual projector LED headlamps. LED DRL seems integrated into its headlight setup. The front does look aggressive due to its blacked-out grille but does not look over imposing as the one seen in the new Hyundai Verna. In fact, it is big enough to mark its own presence yet not grab away all the attention.

At the sides, one can witness all the creases which are subtle yet prominent enough stretching from the headlight along with the doors and finally curving upwards before ending up at the tail lamps. The rear design seems to be inspired by Mercedes CLAS. Also, a pronounced crease runs underneath along the base of the doors. A pair of smoked C-shaped tail lamps add a nice sporty touch to the rear. 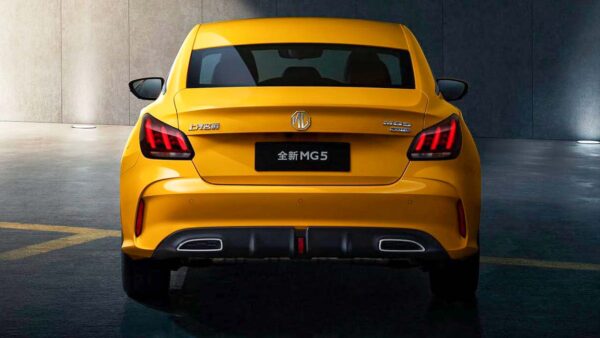 It is complemented by other notable highlights such as a pair of faux chrome-tipped exhaust pipes, an aggressive diffuser and a unique bumper with many curved surfaces. In terms of dimensions, MG5 measures 4,675 mm in length, 1,842 mm in width and 1,480 mm. It gets a wheelbase of 2,680 mm.

Clear pictures of the interior of the cabin are not available yet one expects MG to provide all the intelligent tech it offers in its other cars. This includes a large multimedia touchscreen with iSmart connected tech, fully digital instrument cluster, multi-zone climate control, electric sunroof, push start/stop button and lots more. 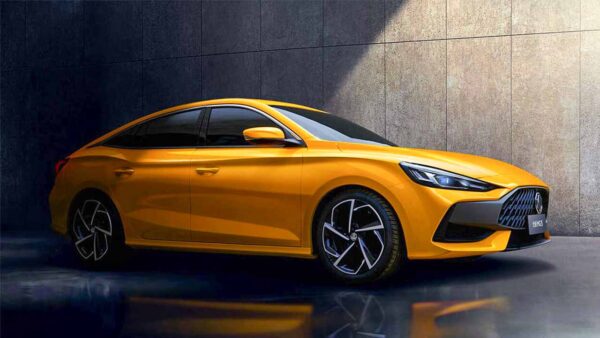 This car will be offered with two sets of powertrains- a 1.5-litre naturally aspirated petrol engine and a 1.5-litre turbocharged turbo petrol engine. The former is able to produce 120 bhp whereas the latter is able to produce 173 bhp. It is to be noted that this 2021 MG5 showcased at Beijing Auto Show should not be confused with the MG5 wagon launched in Britain a few weeks ago. Both are completely different products with the MG5 wagon being a rebadged Roewe Ei5 from parent company SAIC sold in China.

In India, MG Motor has only SUVs on offer currently. Hector, Hector Plus, ZS EV and recently launched Gloster – their flagship full-size premium SUV- which takes on the likes of Toyota Fortuner and Ford Endeavour.