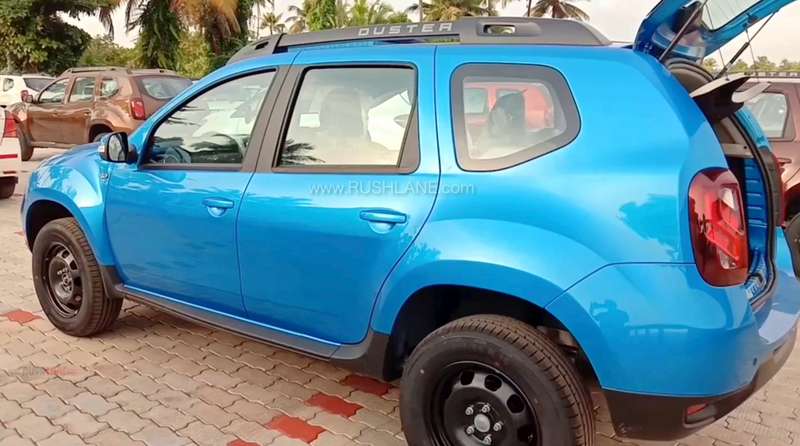 This decline in sales could be attributed to a number of reasons. Not only are the features now dated, but the segment has seen a number of new comers such as the Hyundai Creta, Maruti Suzuki S-Cross along with the new Tata Harrier and MG Hector. 2019 Renault Duster addresses the question of feature updates with a range of exciting exterior and interior features.

Though 2019 Renault Duster is based on the same BO platform as its outgoing counterpart, it does see a higher bonnet line relating to increased interior space, a new front grille with chrome surrounds, modified projector headlamps with LED DRLs and a large front bumper. It also gets sporty with new roof rails and new 17” alloy wheels. Watch the detailed video of new Renault Duster below. Video is credit to JISMON V.R

The interiors of the new Duster also get better fit and finish. It is seen on a dual tone black and dark brown colour scheme. The steering wheel is finished with faux brushed aluminum and follows a design seen on the new Triber MPV. There are also several changes to the dashboard with extensive use of faux aluminum, giving it a more premium finish along with some chrome accents and piano black elements.

2019 Renault Duster also gets an updated infotainment system with Apple CarPlay and Android Auto along with connected car features with USB and AUX connectivity. The company has also introduced updates in terms of safety in compliance with new safety regulations and the Duster now gets dual front airbags, parking sensors and a speed warning system.