Renault Kwid has been the French car maker’s best selling car in India ever since it was launched in 2015. Initially launched only as a 800 cc mode, immediate success pushed Renault to launch more models. A more powerful Kwid 1.0 liter came in August 2016. After that came the AMT variant of Kwid, which followed by Kwid Climber and Superhero Edition special edition variants also followed in quick succession.

But, with the launch of new cars in the segment, especially the Tata Tiago, sales of the Renault Kwid have started to decline. From registering average sales of 8,000 units a month in the initial years, sales of Kwid are now down to 4-5,000 units a month. 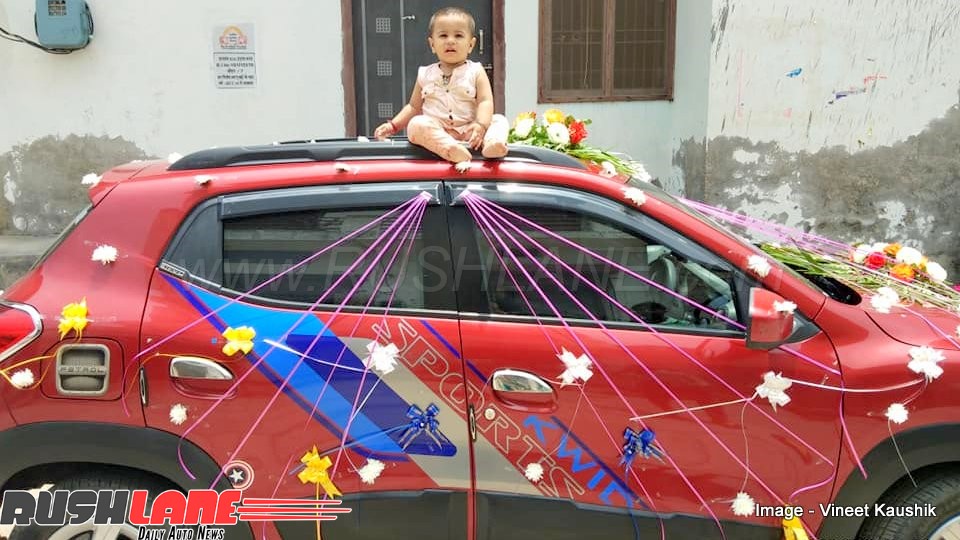 To bring the Kwid back in the game, Renault India has announced a more feature-rich variant of the car – called Renault KWID 2018 Feature Loaded Range. The 2018 Renault Kwid, promises new updates in terms of comfort and safety which will once again appeal to buyers in the country. The updated Kwid will get exterior and interior styling tweaks as compared to its current counterpart.

Renault Kwid will receive a segment first reverse parking camera seen on its top sped Kwid RXT(O) trim. It will also get rear center arm rest, 12V power socket, ELR seatbelts for passengers at the rear. A touchscreen infotainment system will also be offered on the mid trim RXL, which was earlier only on offer on the top spec model. Watch the detailed walkaround video of 2018 Renault Kwid by Youtuber Tanmay Gupta below.

Engine options remains unchanged. The new Renault Kwid continues to be powered by the existing 800cc and 1.0 liter, 3 cylinder petrol engine mated to a 5 speed manual gearbox while the 1.0 liter engine will also get mated to a 5 speed AMT on the top spec models.

Power and torque output of the 800 cc variant stands at 54 PS and 72 Nm while that of the 1.0 liter variant stands at 68 PS and 98 Nm. The feature rich 2018 Renault Kwid is now on sale across India. It rivals the likes of Maruti Alto, Hyundai Eon, Tata Tiago, Maruti WagonR and soon to be launched Hyundai Santro.