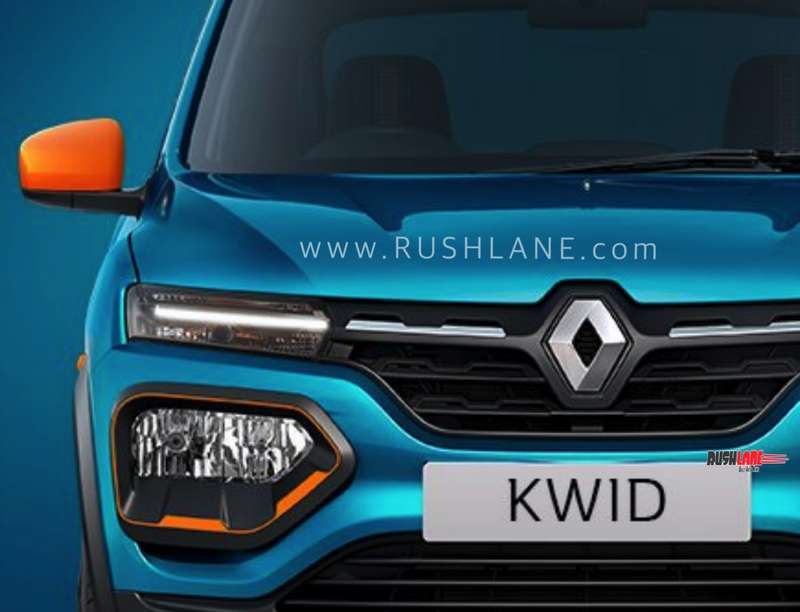 The Kwid was an instant success for Renault in India and it helped the company to go beyond the SUV segment which the French automaker was catering to with the Duster. The car got strong sales in the initial months and helped Renault breach the 10K monthly sales mark too.

However, over the years, the Kwid has lost its sheen and Renault understands the same. Hence, it is planning to bring in a highly updated Kwid later this month. The upcoming Kwid has been spotted on test multiple times in the country. Now, the same has been officially teased in photos as well as video.

Teasers and spyshots have confirmed that the new Kwid will take considerable inspiration from the Kwid KZE electric vehicle. The KZE electric car was showcased earlier at the 2019 Shanghai Motor Show. Watch the official teaser video of Renault Kwid as well as Maruti S Presso below.

On the exterior front, the Kwid facelift will have a split headlamp design, just like the one on the Kwid KZE. It will also have LED DRLs which will be placed closer to the grille. Additionally, the car will get updated front and rear bumpers, LED inserts in tail-lamps, new hub-caps etc., all of which will help the car look fresh.

The updates won’t be restricted to aesthetics alone, as the car will also receive some structural changes to help it meet the upcoming crash test norms which will come into force from October 2019.

The interiors of the car will also get an upgrade. The dashboard design is expected to be updated and it will most probably have the same instrument cluster which was recently seen on the Triber MPV. Other components like AC vents will also be redesigned. Infotainment duties will be taken care of by a new 8-inch touchscreen unit which will have Android Auto and Apple CarPlay connectivity.

As far as the engine setup is concerned, there is no change which is expected. The Kwid will continue to feature the same 800cc and 1000cc petrol motors which are available on the current car. The 3-cylinder 800cc mill dishes out 54hp & 72Nm of max torque while the larger 1 litre motor churns out 68hp and 91 Nm of peak torque.

Transmission options too will remain same, a 5-speed MT and a 5-speed AMT. Engines are expected to be BSIV emission norms compliant, which will help the company to keep the cost of the car competitive. An upgrade to BSVI emission norms is expected to happen closer to the April 2020 deadline.

Once launched, it will be competing in a highly contested segment, with strong competition coming in from the soon to be launched Maruti S-Presso.