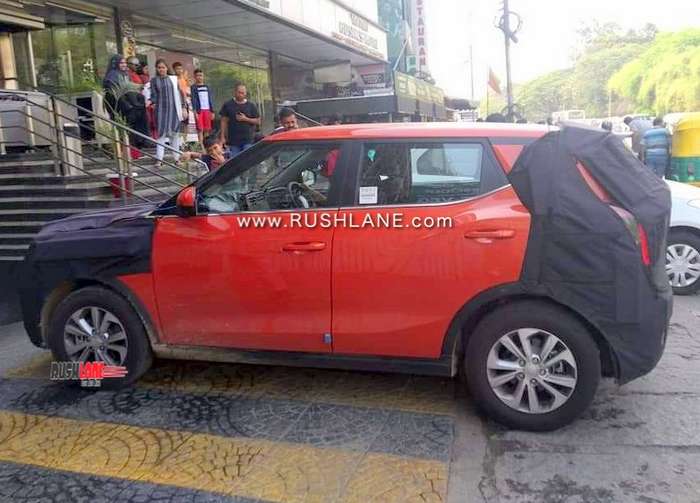 Just a few days after the spotting of a left-hand-drive SsangYong Tivoli facelift test mule in India, spy shots of a right-hand-drive mule have emerged. Unlike the previous example, this one carries black cloak to conceal the front and rear fascias but interior has been clicked up close.

Changes in the dashboard has resulted in better design, both practically as well as in looks. There are a lot less buttons now. Below the AC controls is storage space for phone. Instrument console remains same. The same updates are expected to be carried forward to XUV300 facelit as well. Interiors are finished in all black theme. Hat tip to automotive enthusiasts Rajeev Pirayattu and Arshad for sharing the exclusive spy shots. 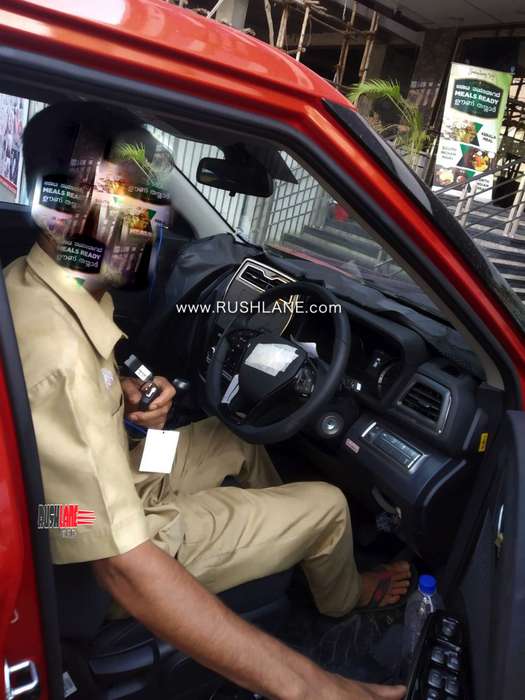 The SsangYong Tivoli facelift receives revised grille, headlamps, and bumper. The net result looks pretty similar to the new Korando which debuted at Geneva Motor Show in March. The prototype clearly features pre-production makeshift dashboard, so it is too early to talk about the final design but we expect several bits to be borrowed from the 2020 Korando.

Mahindra and its Korean subsidiary, SsangYong have been jointly developing platforms and powertrain lineup to take advantage of economies of scale and that explains the Tivoli facelift’s presence in India. There is a good chance that the prototype is testing updated engines, which will comply with BS6 emission norms.

It is to be noted that the Mahindra XUV300 which is essentially a shortened version of the Tivoli offers a new turbocharged 1.2-liter petrol motor. This mill is reported to replace the current Tivoli’s ageing 1.6-liter natural aspirated petrol motor in international markets. The turbo petrol produces 110 hp and 200 Nm of torque on board the Indian sub-4m crossover but is expected to have more power under the updated Tivoli’s hood.

The 1.6-liter 115 hp diesel engine which is available in Europe-spec Tivoli could also retire in favour of the new 1.5-liter 115 hp unit found in XUV300. The new engines were developed at Mahindra Research Valley in Chennai with inputs from SsangYong. The car was spotted in Bengaluru, and is seen wearing KA registration. Bengaluru is also where Mahindra Electric has plant, from where the XUV300 electric will be produced. Mahindra has confirmed that XUV300 electric will launch in 2020.

Considering that Europe is the main market for the compact crossover, SsangYong could be adding a some driver assistance systems to achieve good safety rating. Competition would come from the likes of Jeep Renegade, Mazda CX-3, Suzuki Vitara, and Nissan Juke. The Korean crossover would rely on its rich equipment list and attractive pricing to compensate for the lack of brand pull in the old continent.

Though SsangYong products will not be introduced in India anymore, most of Mahindra’s future products are expected to be slightly re-engineered versions of SsangYong models. The next-generation XUV500 is likely to be a slightly longer version of the new Korando.