2018 Tata Tigor is scheduled for launch on October 10, just ahead of the festive season in the country. It has now been spied while on TVC shoot in Pune. The latest photos reveal the Tigor’s exclusive new Egyptian Blue colour. Automotive enthusiast Sarthak was the first to share the exclusive images on Facebook group Rushlane Spylane. 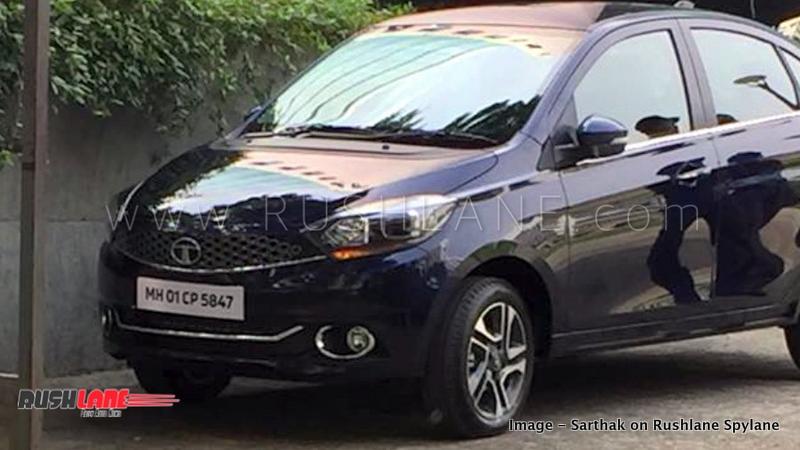 New upholstery, a larger 7 inch touchscreen infotainment system with Android Auto and Apple CarPlay, dual front airbags, ABS, EBD and other safety features such as corner stability control and rear parking sensors will also be a part of the new features on the new Tata Tigor. The touchscreen system will also act as display for rear parking camera. It will also get new alloy wheels and a sharkfin antenna.

In terms of mechanics, the 2018 Tata Tigor sees no change. It will continue to be powered by a 1.2 liter Revotron petrol engine and a 1.05 liter Revotorq diesel engine. While both engines get mated to a 5 speed manual gearbox, the petrol unit also gets an optional AMT. 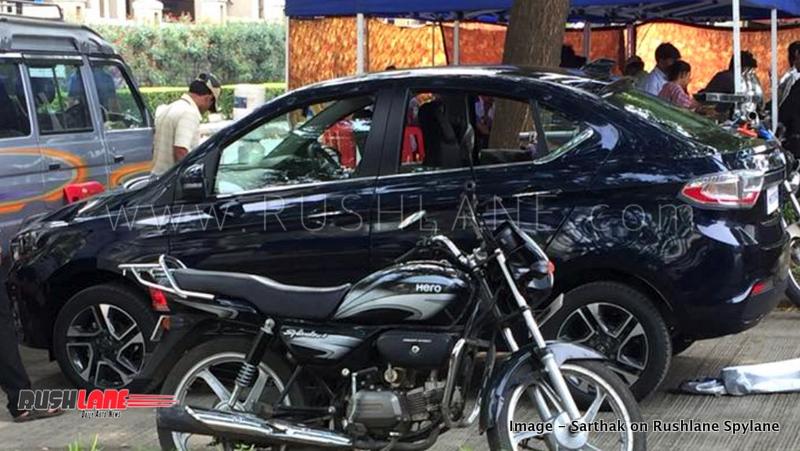 2018 Tigor updates are expected to be on offer with a new top of the line XZ+ variant. It will be priced about Rs 30,000 higher than the current Tigor topend, which is priced at about Rs 6.6 lakhs for the petrol and Rs 7.5 lakhs for the diesel.

Like its earlier counterpart, the 2018 Tigor will continue to compete with the new Honda Amaze, Maruti Suzuki DZire, new Honda Accent and Ford Aspire.