With the 2021 Innova Crysta, Toyota strengthens its dominance in the MPV segment

Toyota Kirloskar Motors has launched the new Innova Crysta in India. This new MPV is presented in total of 18 variants – 6 petrol and 12 diesel; divided in trims of G, G+, GX, VX, ZX and priced between Rs. 16,26,000 – 24,33,000. Bookings for the facelift MPV is open and deliveries are said to start immediately.

As compared to its outgoing counterpart, the prices have increased by Rs.60,000 for the base GX petrol variant while the top of the line ZX diesel automatic is priced higher by Rs.70,000. It is surprising that Toyota India has decided to increase prices by this extent, at a time when Innova sales are on a decline and 48% of their sales are thanks to rebadged Maruti cars like Glanza and Urban Cruiser. Plus, there are not much changes made to the Innova, which warrants this huge a price increase, as compared to the older Innova.

Innova’s history goes back to the first gen Innova model launched in India in 2005 of which 5.8 lakh units had been sold. It was in 2016 that Toyota launched the Innova Crysta of which sales have touched the 3 lakh unit mark. Total Innova sales in India have crossed the 8.8 lakh mark till date. 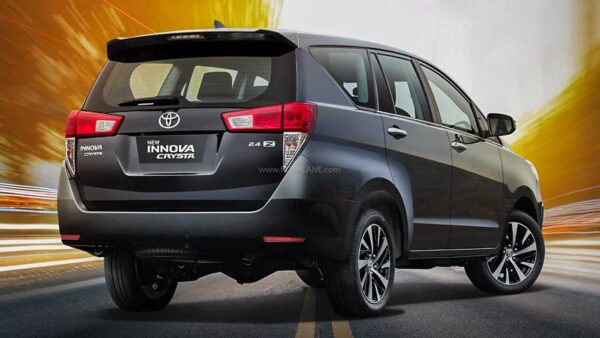 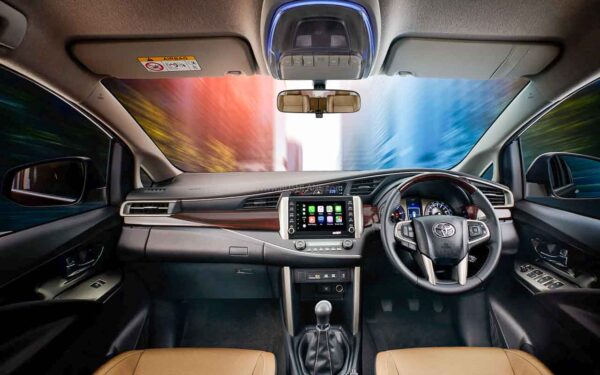 It also receives an undated instrument cluster while the entire cabin is done up in an all black colour scheme. The top end ZX variant gets Camel Tan coloured interiors for a more premium stance.

Safety standard is same as before. Toyota Innova Crysta comes with as many as 7 airbags, vehicle stability control, hill start assist and front clearance sonar with MID display to avoid collision while parking in tight spots. As an official accessory, now you can also install internet connected safety features like geofencing, find my car, etc. 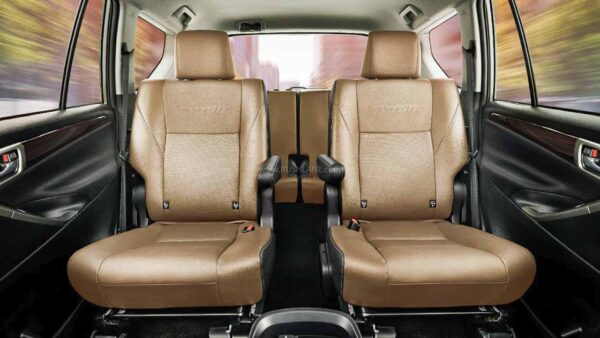 The engines of the outgoing model, being recently updated to company with BS6 standards have made their way onto the 2021 Innova Crysta. The 2.7 liter petrol engine makes 166hp power and 245 Nm torque while the 2.4 liter diesel engine produces 150 hp power and 343 Nm torque. Both these engine get mated to a 5 speed manual and 6 speed torque converter automatic gearbox. 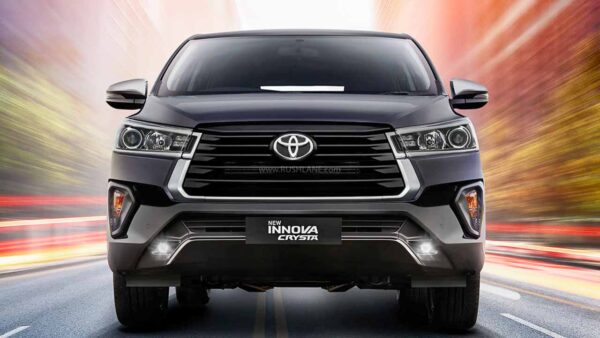