It was at the 2016 Geneva Motor Show that the first concept of their compact new SUV was showcased. A little more than two years later, we are getting closer to the actual launch of the SUV. A few days after Skoda and Volkswagen announced Rs 8,000 crore investment in India, Volkswagen’s new premium SUV that will rival the likes of Hyundai Creta in India, has been spied undisguised.

Based on the VW T-Cross Concept, the new Volkswagen SUV is significantly larger than the likes of Ford EcoSport / Maruti Brezza / Tata Nexon, yet is small enough to be tucked under the Tiguan. Making it just perfect to rival the likes of Hyundai Creta, Maruti S-Cross, and upcoming Tata Harrier H5X. 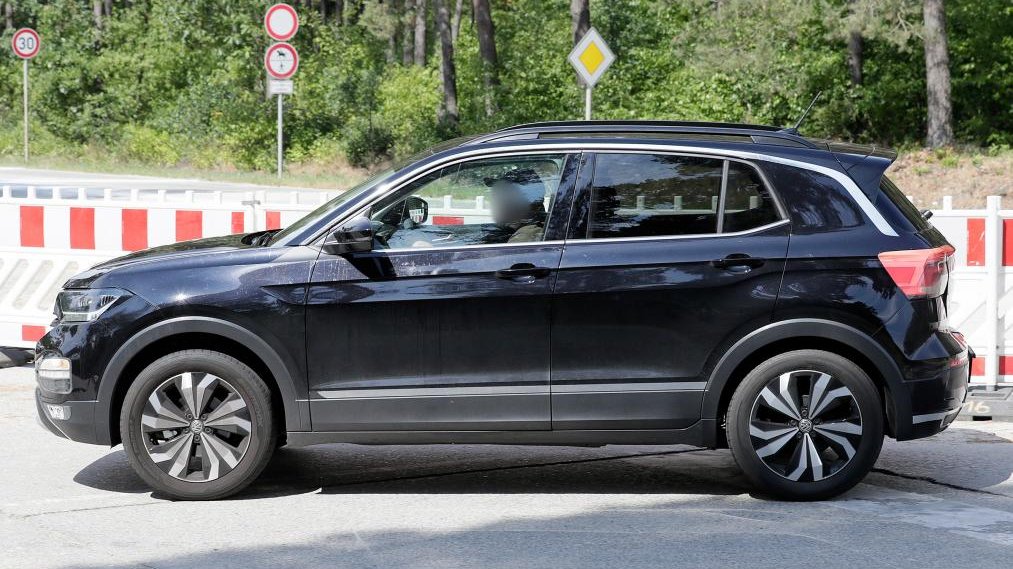 The front features a bold fascia that serves as a precursor to the design direction of a series of crossovers to come from the German automaker. The concept featured narrow LED headlights and squarish LED fog lights create a distinct light signature while the nicely detailed grille with a massive VW logo and a sporty bumper with silver skid plate add to the ruggedness.

With neat lines and surfaces, the profile is understated like most Volkswagen cars, but a high waistline add the SUVs stance. The rear fascia features unique narrow LED taillights, expressive tailgate and a bumper with square LED red foglights. The concept measured 4,133 mm long, 1,798 mm wide, 1,563 mm tall and has a wheelbase of 2,565 mm. Expect the production variant to be of about similar size.

Volkswagen has not revealed details about its interiors. But if the concept and spy shots are to go by, we believe that the interior features a futuristic dashboard which promises a high level of user interface by eliminating majority of the switches. The concept showed us a modern vehicle which would employ up-to-date infotainment, touch sensitive surfaces and connectivity features.

Weighing around 1,300 kgs, the SUV is built on the MQB platform. Powering the new VW SUV will be a range of petrol and diesel engine options. More details will be revealed once the car is launched.