Japanese two-wheeler maker Yamaha is expanding its presence in the Malaysian market. As part of this, the company has introduced the modified 2020 MT-25 model. The naked quarter-litre streetfighter has been priced at RM 21,500 which roughly translates to roughly Rs 3.80 lakh.

The updated MT-25 shares most of its design elements with MT-03 which is sold in many South Asian markets. Therefore it features similar components such as the split projector LED headlamps with LED DRLs, LED turn indicators, an LED tail lamp and a fully digital instrument cluster with shift light. The hazard function in the turn indicators is standard across the range.

The roadster is offered in two colours- Yamaha Blu and Ice Fluo. Styling highlights include a muscular fuel tank, step-up pillion saddle and split-style alloy wheels. Not to forget the engine cowl which adds to the ruggedness of the bike. 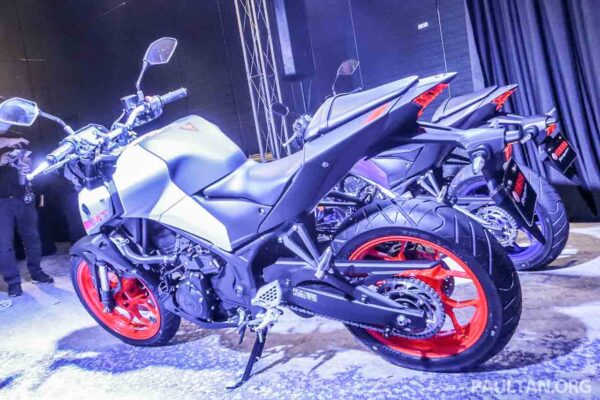 The MT-25 carries forward the ‘Darkness’ theme from the MT series which is clearly evident on the most part of the bike including the blacked-out engine, fender, suspension and muffler. The fuel tank has been reworked and gets new air intakes on the sides.

It is powered by a 250cc liquid-cooled, parallel-twin DOHC engine which cranks out 35bhp at 12,000rpm and 23.6Nm of peak torque at 10,000rp. This unit uses an electronic fuel-injector which is mated to a six-speed gearbox. It is based upon a tubular diamond frame assisted by 37mm upside-down forks from KYB at front and a preload-adjustable mono-shock at rear. It gets a single hydraulic disc brake at front and rear with dual-channel ABS as standard. 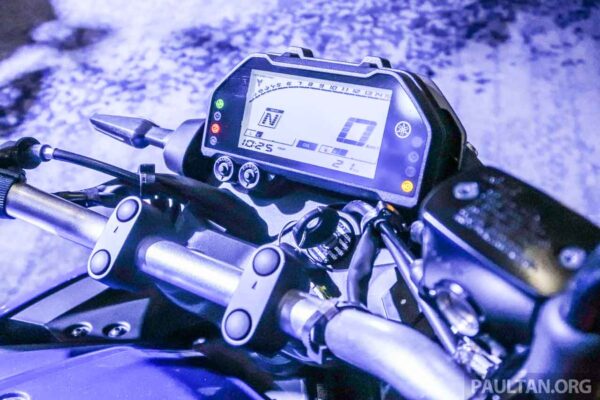 The MT-25 is unlikely to make its way to India as the Japanese manufacturer already has the FZ25 and FZ25S which are doing decently well in India. Hence, the company doesn’t see any point on introducing a new bike in the quarter-litre segment. However, the 150cc segment is more popular in Yamaha bikes with MT-15, R15 V3.0 and FZ-FI V3 forming a formidable lineup.

However, as per some reports, Yamaha is developing an Adventure Tourer which it intends to introduce in the 250-300cc category. The new ADV bike is based on the Tener 700. In other news, the 2021 Yamaha R3 was recently launched in the USA. The R3 was discontinued earlier this year in India. The latest iteration of R3 has been priced at $5299 ( INR 3.89 lakh).