Nissan Motor India has released the Magnite concept’s interior shots. The cabin appears to have a long way to go before attaining production-readiness. 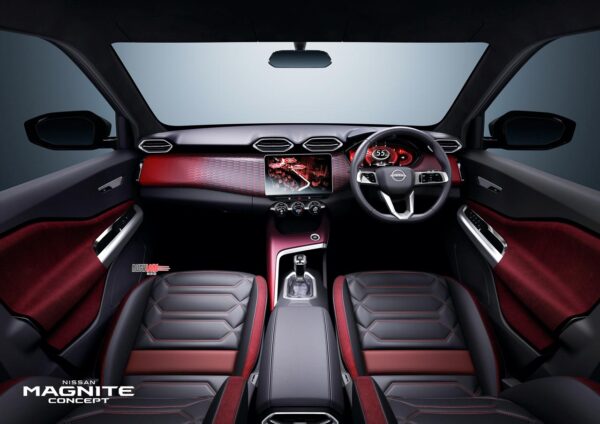 Rakesh Srivastava, Managing Director of Nissan Motor India, states that the Magnite concept is an “evolutionary leap in Nissan’s SUV history”. He added that the premiumness, roominess and sophistication of its interiors will be reflected in the core design elements of the final production version.

The crossover is based on Nissan-Renault’s CMF-A+ platform that also underpins the Renault Triber mini-MPV and the upcoming Renault Kiger. Nissan’s Magnite and Renault’s Kiger will be mechanically similar to each other like in the case of Hyundai Motor’s Creta and Kia Motors’ Seltos. To a good extent, the BS6-spec Nissan Kicks and Renault Duster share the same internals. 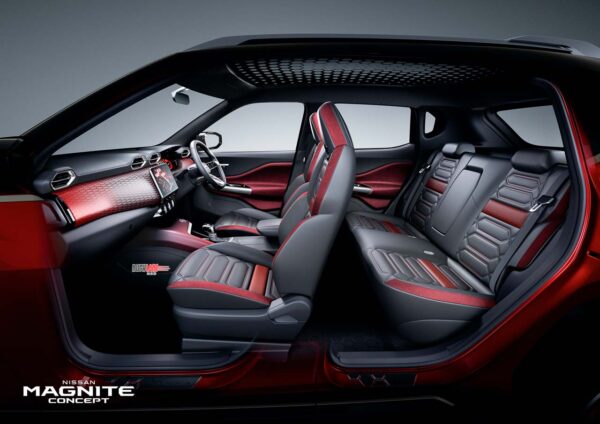 The Japanese automaker has not been doing particularly well in India as well as abroad in the last couple of years. In fact, Nissan has already announced its European exit strategy to concentrate more on markets such as the USA, China and Japan. Furthermore, it has withdrawn the budget product-focused ‘Datsun’ subsidiary brand from several markets due to poor demand.

Meanwhile, the company has announced a new business direction for global markets. As part of this, Nissan has unveiled a new company logo alongside a revised ‘Z’ emblem for its sportscar division that gave products such as the 350Z and 370Z. The 2021MY Nissan 400Z (speculative name) was already teased online and enthusiasts are eagerly waiting for its official unveiling.