Five men including two soldiers of the central reserve police force (CRPF) were killed in a collision between trailer-truck and a Nissan Micra. The incident occurred near Malwa ka Choura PHC on Udaipur-Pindwara National Highway-76 yesterday morning.

The trailer hit the CRPF truck owing to a failed brake in all likelihood. Bound vehicles were heading towards Pindwara. The collision impact was such that the CRPF truck driver lost control, and the vehicle crashed into a side barrier a fell over onto a dried river bed, 25 ft below. 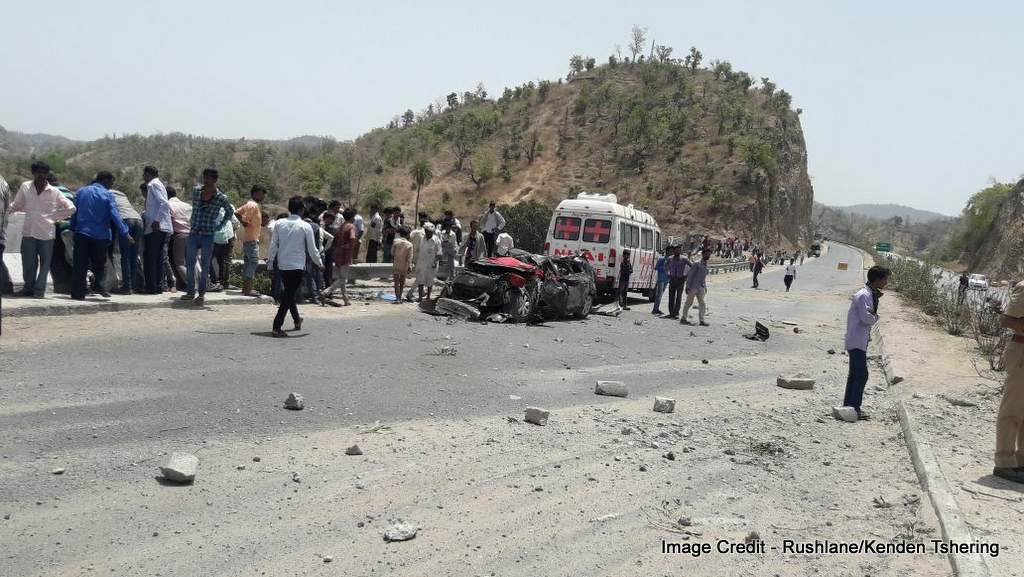 The trailer too was out of control and crossed over to the other side of the road and hit an oncoming car, a red Nissan Micra. Upon impact, both driver and passenger were killed. The trailer didn’t come to an immediate stop after hitting the car, but dragged on further despite it’s back tyres being separated from the trailer body.

The vehicle moved forward on its underbelly for a few metres and caught fire owing to impact and friction. Most of the vehicle burnt to ashes. A NHAI ambulance was quick to arrive at the scene. The impact and collission left a lot of debris from the divider onto the highway. 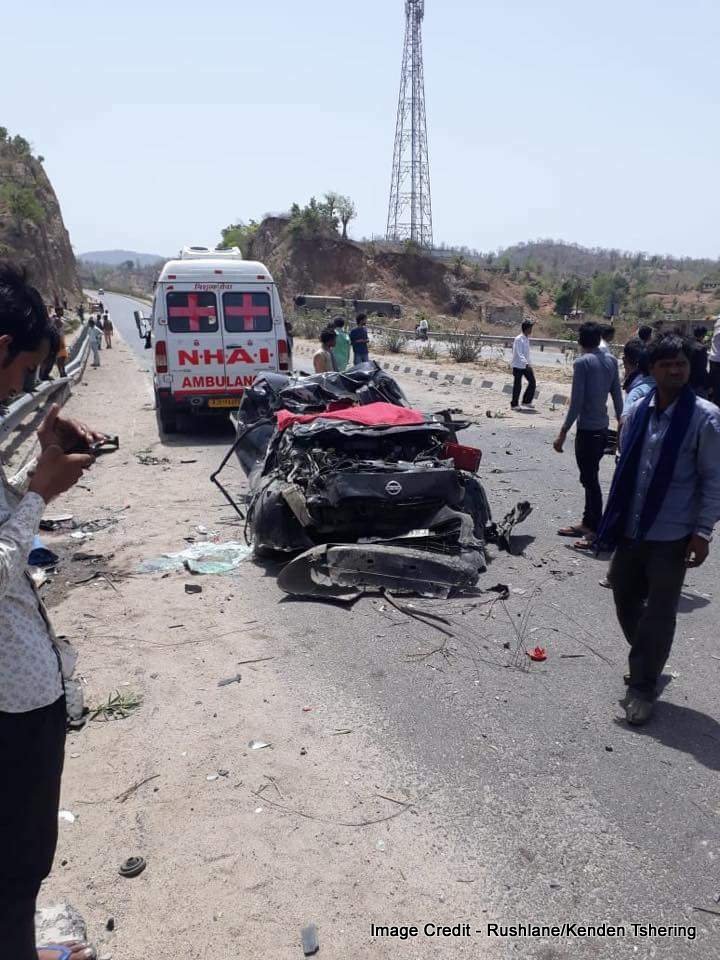 The trailer driver, Narendra Singh passed away on site. His assistant was admitted to MB hospital (Udaipur) in a serious condition.

The rescue team was aided by villagers, and it took hours to free those trapped in the vehicles. Th Nissan Micra had compacted upon crash, and burnt, and the CRPF truck lost it’s roof as it fell over.

Five persons including two CRPF personnel killed after a trolley lost control and hit a CRPF truck at Mount Abu road in Udaipur. The trolley caught fire while the CRPF truck fell off the bridge #Rajasthan pic.twitter.com/mxUZsyGO2y