With no parking space inside Police Stations, cops park seized bikes on road – In a ‘No Parking’ zone

Vehicles seized for traffic violations, those lying unclaimed or stolen have been causing the cops sleepless nights. These vehicles which are impounded due to wrong parking or for some other reasons are kept in the custody of the police sometimes for long periods of time.

These vehicles are parked just outside the police station, sometimes on the pavements or on the roads in ‘No Parking’ or ‘No Halting’ zones with a barricade around them. While the vehicles and their safekeeping remain the responsibility of the police, their pileup is somewhat of a major concern. 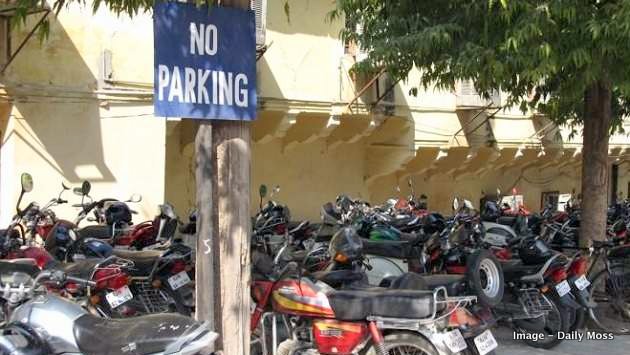 All seized vehicles which lie unclaimed are auctioned by the police at a rate fixed by the local RTO. But even this process sometimes takes upto 6 months during which time the police have to ensure that they are safe.

Even as the Bengaluru police have raised this complaint, it is not restricted that that city alone but something faced at every police station in the country.

There are two ways of getting rid of unclaimed vehicles. In the case of stolen vehicles, the police trace the owner via a chassis or engine number with the help of the RTO. If successful, the vehicle is handed over to the owner provided he has lodged a complaint.

If the vehicle lies unclaimed or if the police cannot find the owner, then the problem gets even more severe as then the police have to find parking space, tend to the vehicle and ensure its safety till such time as the RTO sanctions its auction.