Okinawa claims that the motorcycle will be a 100% localized product, except for its battery cells

Okinawa Autotech, one of the prominent electric scooter manufacturer in the country, is gearing up to enter launch its maiden electric motorcycle later this year. The company has announced that the Okinawa Oki100 electric motorcycle which was showcased at the Auto Expo 2018 as a prototype will go on sale in India in Q3 FY20-21 (in the last quarter of 2020).

Though the company says the Oki100 will be 100% made in India, it also says the battery cells will be imported. The 100 in the name denotes the electric motorcycle’s top speed in kmph. The EV will be equipped with lithium-ion based battery pack but the final specification has not been revealed yet.

The final production version is said to be different from the prototype in terms of power and technology but the claimed range is expected to be same at 150 km. The 2018 prototype was supported by a 72V 63 Ah swappable battery pack that can be charged in two hours using a fast charger. The power output of the electric motor was a meager 3.3 hp but the final version is expected to offer more. 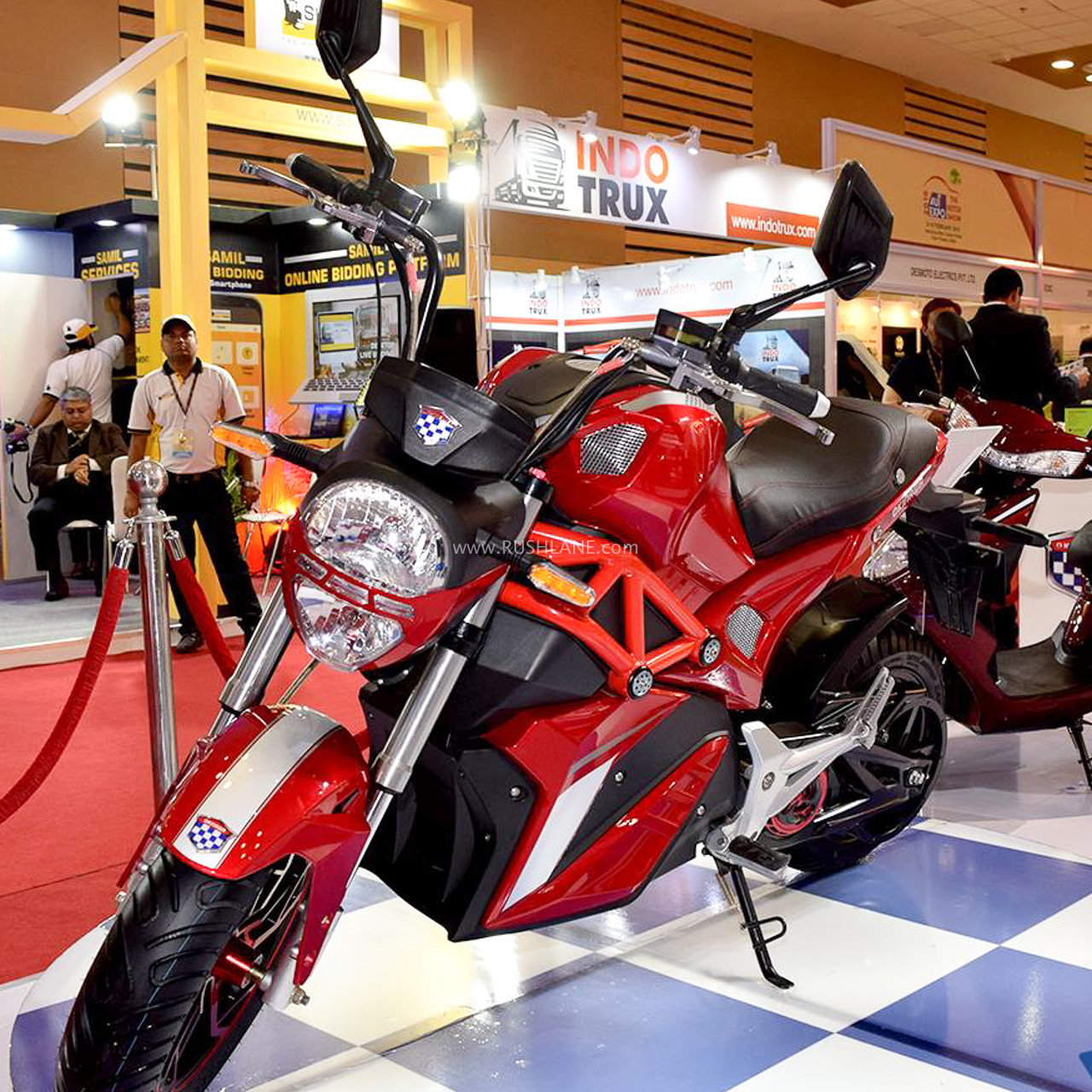 Okinawa says that the prototype has received widespread positive feedback for its aesthetics. With trellis frame and small wheels, the Oki100 looks like a funny bike version of the Ducati Monster. The source of inspiration is indisputable. We hope Okinawa will revise the tailpiece to include a usable pillion seat.

The Okinawa Oki100 is equipped with conventional telescopic front fork and rear monoshock suspension. The electric motorcycle is equipped with front and rear disc brakes. We expect Okinawa to offer single-channel ABS as standard equipment. The alloy wheels look a size too small for the motorcycle.

Like most premium electric vehicle offerings in the market, the Oki100 will come with fully digital instrument cluster, LED headlamp and taillight, smartphone app and connectivity features (probably using an on-board SIM card). The feature list would be at par with its competition.

Speaking of competition, the Okinawa Oki100 will be pitted against the Revolt RV400 which is already on sale and the Tork T6X which is set to be launched soon. The near 100% localization is expected to keep the pricing competitive. We expect the price tag to be in the vicinity of INR 1 lakh (ex-showroom). The motorcycle will be manufactured at the company’s Rajasthan plant. This year is expected to witness several electric scooters and motorcycles to enter the market at regular intervals.