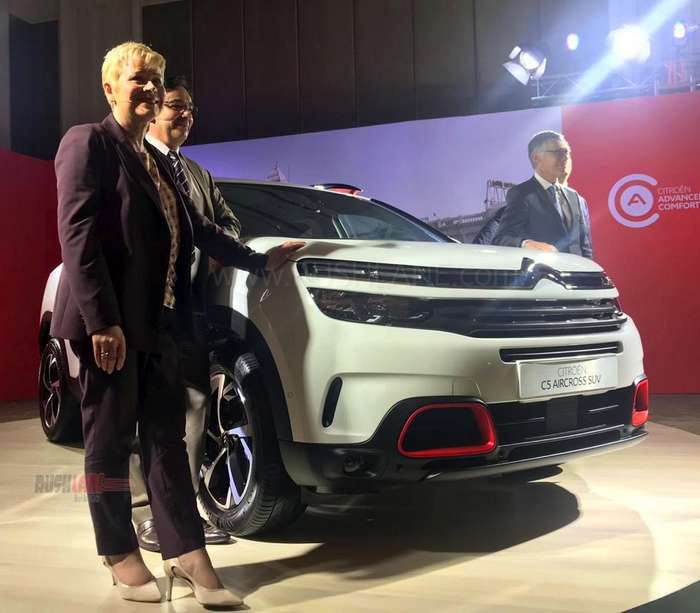 5 years ago, the Peugeot Group was on the verge of filing bankruptcy. Today, they are among the most profitable car companies in Europe. Peugeot Group has revealed their plans for India. At an event in Chennai today, the company revealed their first car for India, the Citroen C5 Aircross SUV. Yes, Group Peugeot is going to enter India with their Citroen brand.

France based PSA group has already started testing multiple cars from its portfolio in the country. Earlier, we had seen the DS 7 testing in NCR and more recently, the Citroen C5 Aircross was spotted in Chennai.

Globally, the Citroen C5 Aircrosss competes with the likes of Hyundai Tuscon, Kia Sportage and the Nissan Qashqai. It is sold with multiple powertrain options, including both petrol and diesel motors. The most common configurations are a 128bhp 1.2 litre petrol motor and a 128bhp 1.5 litre diesel engine. Additionally, there is a larger 2 litre diesel engine as well which churns out 178bhp. Transmission options include a 6-speed manual gearbox and an 8-speed AT unit. 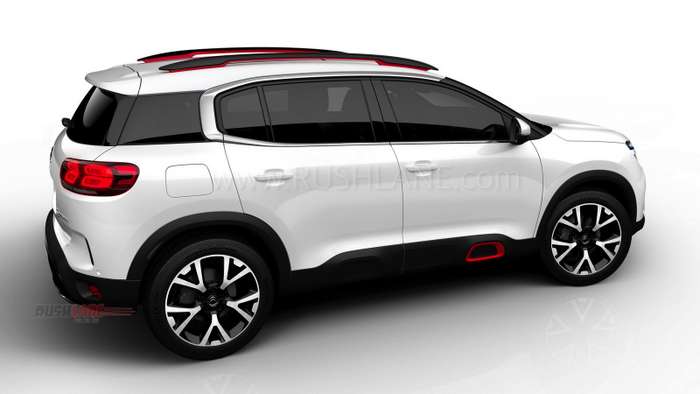 The C5 Aircross had made its debut at Shanghai in 2017 post which it was launched in multiple European markets. The SUV is based upon PSA Group’s EMP2 platform, the same platform which underpins other vehicles like the Peugeot 3008, Vauxhall Grandland X and the DS7 crossback.

As far as looks are concerned, the Aircross looks very sharp from the front and carries a design language which has never been seen on Indian cars in the past. The front look is dominated by the grille which is spread across the width of the car. The sleek headlamps and LED DRLs add to the aggressive look of the SUV, which is well complimented by red highlights on the air-dams.

On the side the roof-rails add to the macho look of the SUV while the alloy wheels make the car look modern. Globally, there are multiple alloy wheel options, ranging from 17-inch units to 19-inch versions, though it is currently unknown as in which ones will make their way to India, should PSA decide to bring the car to the country. 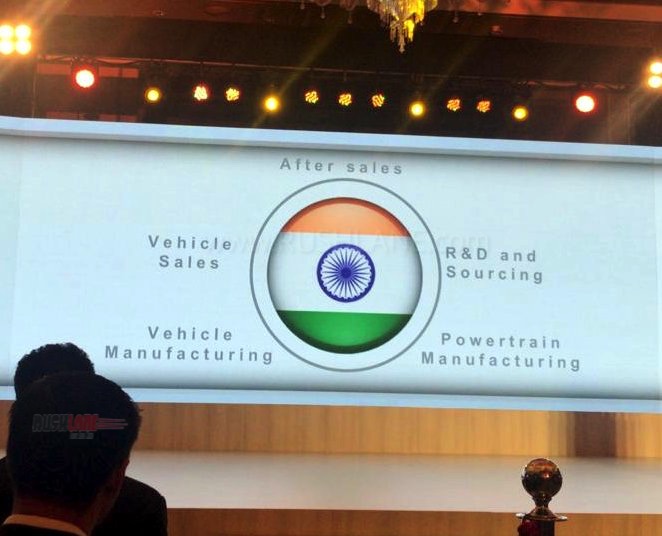 Launch in India is scheduled for 2020. Post that, Peugeot Group will launch 1 new car every year, under the Citroen brand. Citroen will start dealer partners LIVE tour from July 2019 onwards. Manufacturing plant is located at Hosur in Tamil Nadu. Apart from manufacturing engines and cars in India, Citroen will also use their plant to manufacture cars for export.

Citroen cars in India will be aggressively priced. The company aims to achieve 95% localization level. They are not planning to focus on the premium market. They plan to focus where the heart of the market is (Jeep Compass, Tata Harrier, Hyundai Creta, etc). Regarding EV, Hybrid and Plugin tech, they will consider a possibility for future when the time is right for India. The company has set a target of achieving 2% market share in India within 5 years. They claim that this is a modest aim, as they are sure that they can do better.

Citreon will study all reasons why others have failed to have a greater impact in India. In the beginning, they will only sell cars via retail, but they are also studying leasing options. They are launching Citreon C5 Aircross as flagship, because it’s a new car for company, latest, tech rich and it’s an SUV. India site of the company is www.citroen.in, more details and photos in gallery below.