Last month, a total of 64 cameras were installed in and around the streets of Anna Nagar at Thirumangalam, Shanthi Colony, Jawaharlal Nehru Road and Roundtana.

This made vigilance of traffic offenders even easier for the police as they could identify traffic violators without being physically present on the spot. 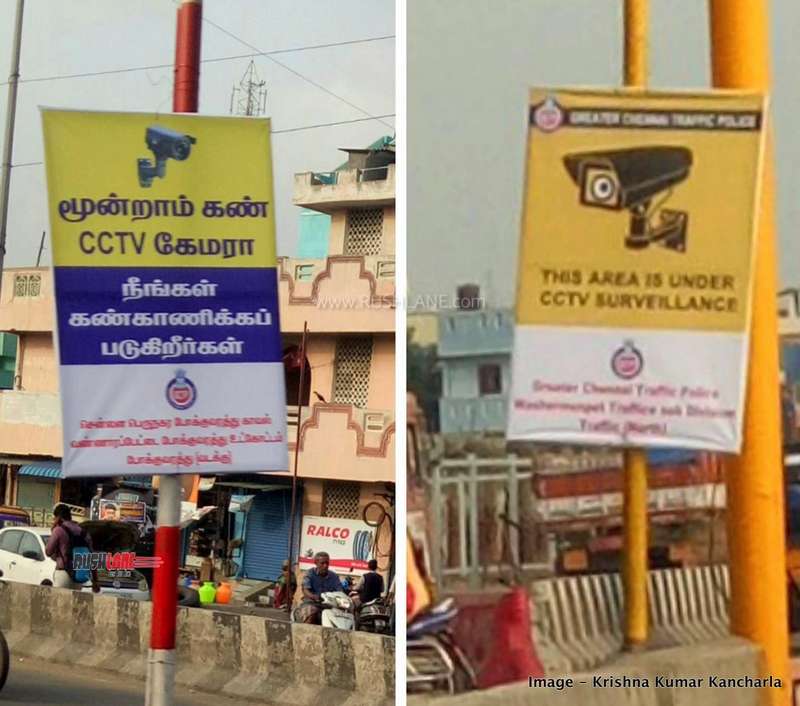 The 90,000 traffic offenders, booked on a single day in Anna Nagar, Chennai, were thank to this system which is further monitored from the control room near Anna Nagar Roundtana.

These offenders were booked under various violations. Some were for jumping the stop line, not wearing helmets, speeding, jumping signals, lane jumping, wrong side driving while some vehicles were with defective number plates.

The system is linked to the National Informatics Center software and challans are sent to the offenders homes. It is mandatory that each of these traffic violators pay off these fines within 24 hours. For more serious offences, the offenders will have to attend court and submit all documents related to their vehicles.

This arrangement of tracking offenders is expected to be expanded to other areas as well. Since this method of keeping a close eye on traffic offenders has proved to be such a success in one area, it is recommended that the same system should also be followed not only in Chennai but across the country.

Certainly other automakers can take on this task of installing CCTV cameras as a part of their Corporate Social Responsibility which will go a long way in bringing about some discipline in our skewed traffic system in the country. This will not only instill a sense of discipline in the road users but will also bring down the number of accidents and fatalities to a very great extent.