Fiat 124 based Premier 118NE modified into a Rolls Royce – Video 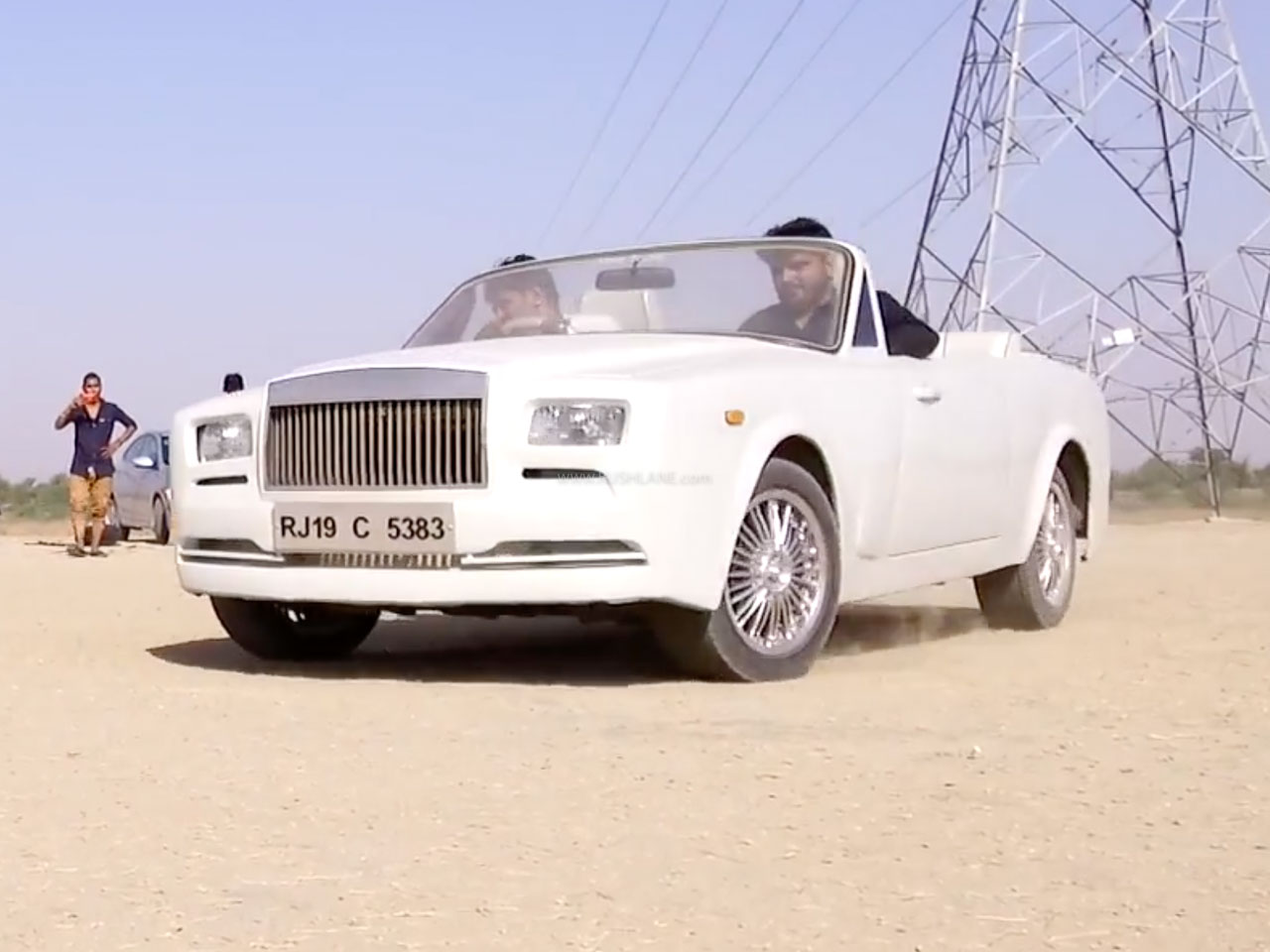 In the world of cars trying to be something which they are not, this Premier 118NE modification takes things to a whole new level

British marque Rolls-Royce has decided not to introduce the two-door convertible avatar of its latest Phantom VIII ultra-luxury saloon. In fact, it will not be available in a coupe format either. The current Rolls-Royce Phantom Drophead coupe and convertible models are based on the Phantom VII. They are still excellent forms of two-door 2+2 grand tourer opulence but carry a niche appeal.

Compared to the Phantom, Ghost or even the Dawn (two-door Ghost), sales figures have not been particularly impressive and to be fair, the ultra-luxury GT market has arguably better alternatives from the house of Bentley Motors, Aston Martin and Mercedes-Maybach. Of course, the company remains open to one-off projects, such as the 2017 Rolls-Royce Sweptail, for an enormous amount of money.

To many, owning a Rolls-Royce is the ultimate dream. Meanwhile, certain others take the effort to bring something available in their hands to ‘almost’ such a level. Here is one such example from an undisclosed garage in Rajasthan — a Fiat 124 based Premier 118NE trying to be a Rolls-Royce Phantom Drophead. Below video is credit to Youtube channel Teju Bhai.

Complete with suicide doors, the project has already become a North Indian TikTok sensation. Even though it is nowhere near a Rolls-Royce or any other practical open-top car for that matter, one cannot deny the craftsmanship that has gone into the project. At least in terms of basic proportions and lines, the team has done a commendable job at reproducing the original design. We are sure that the garage can create a decent-looking product under the guidelines of someone with better taste in automotive aesthetics and engineering.

Despite being open to some form of ridicule, the chopped-up 118NE has the potential to be a backyard fun-mobile. Ever since the advent of ‘motor cars’, the world has seen several ridiculous yet totally fun vehicle modifications and compared to all those, this seems quite acceptable.

In place of an ‘RR’ badge, Rolls-Royce’s iconic Pantheon grille wears a PAL (Premier Automobiles Ltd.) logo. To attain that extra bit of attention to detail, an ‘almost ///M stripe’ was added on the almost-Rolls-Royce. After all, Rolls-Royce is owned by BMW Group. It seems the Spirit Of Ecstasy couldn’t stand what was done to a Rolls-Royce design and has flown away.

The open-top experience comes at the cost of darkening white seats and a displeased motor vehicle department. On the bright side, India has seen worse.