Pune City Police challans their own based on Twitter complaints

It has been a fruitful week for those airing their grievances to Pune City Police against their own. The sort of interactive twitter account acknowledges complaints tagged to the city police and show a fair amount of interest when photographs of errant road users are posted. Almost all photographs that provide circumstantial evidence of road-rules broken warrant a reply with a request for location of offence, and date and time of offence.

So, when Shrikant Sonawane spotted a marked police car parked on a driving lane, obviously, he questioned the practice and tweeted the incident to Pune City Police. 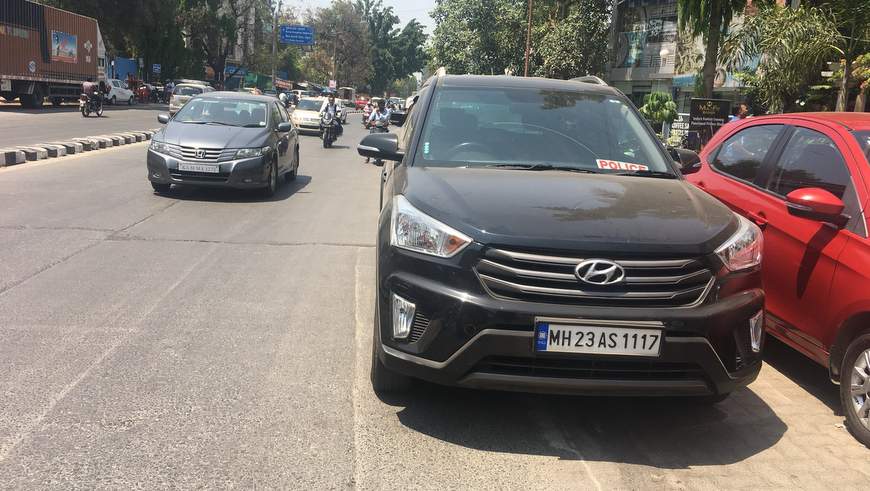 On the same day, 24th March, 2018, the cops responded with their usual ‘thanks for information we are informed to concern traffic divisional officer for take a legal action on this vehicle’ tweet.

However, even three days later, no action had been taken. Shrikant Sonawane followed up – ‘It’s been more than three days and still no challan good going pune police. Now I do feel that there is no point in complaining about anything anymore as no one is gonna take any action against it.’ ‘Still no challan is generated.’ This was backed up by a screenshot of the E-Challan service. ‘Looks like they won’t take action on one of their own.’

It's been more than three days and still no challan good going #punepolice. Now I do feel that there is no point in complaining about anything anymore as no one is gonna take any action against it. @PunePolice4U @PuneCityPolice @PuneCityLife #Maharashtra #trafficissue pic.twitter.com/ZsHI7AwaqX 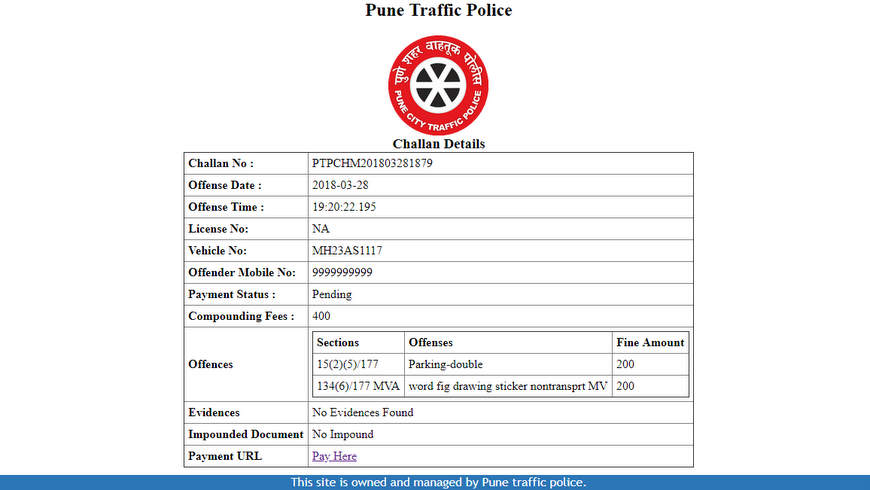 Finally, last evening Pune City Police were back with a response – ‘action taken by PI chaturshrungi sir.’ And this was backed by a screenshot attachment that the errant car had in fact been challan-ed, albeit, 4 days late. 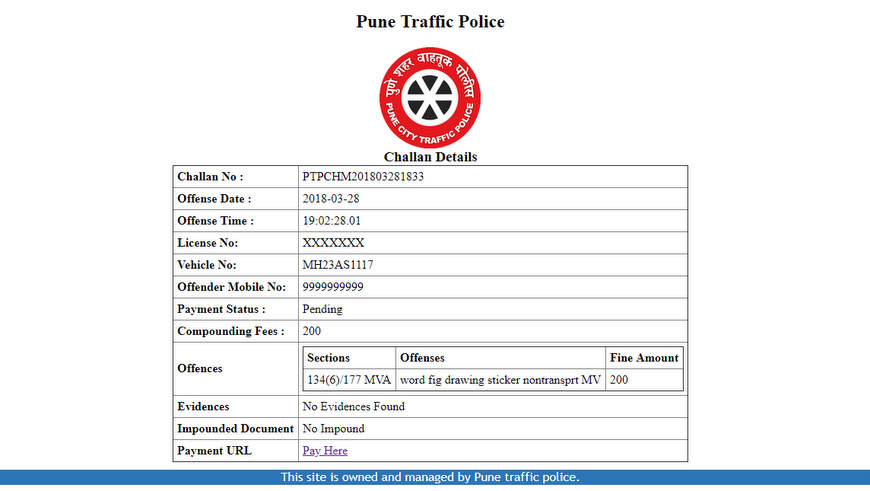 But not all public grievances are addressed. Here’s a video of an officer refusing to show his credentials and showing who’s boss.

@PuneCityPolice @nitin_gadkari
Happened with one of my friend today (Kothrud,Pune) where his vehicle was forcefully locked.

"My car was locked even though I parked at correct location and when I asked for an ICard from police officer, this was his behaviour" pic.twitter.com/x4eyNBKbxD

Another tweet pointing out to an officer riding without a helmet was addressed this week. 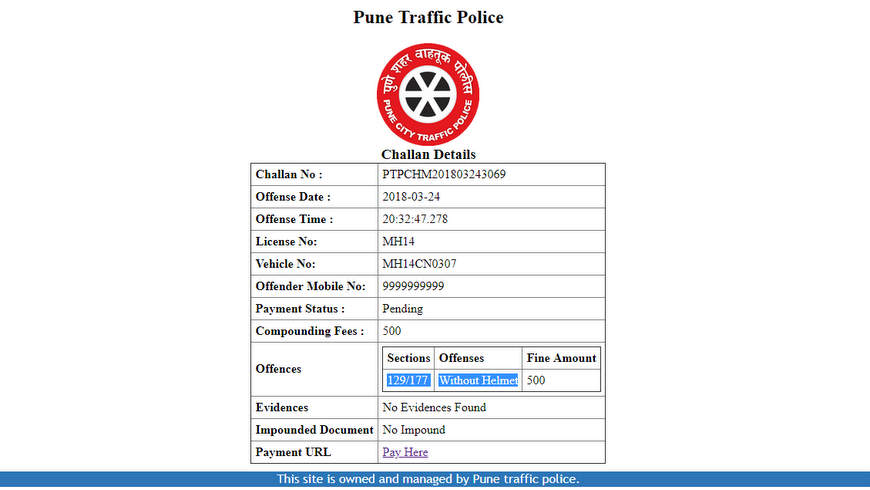