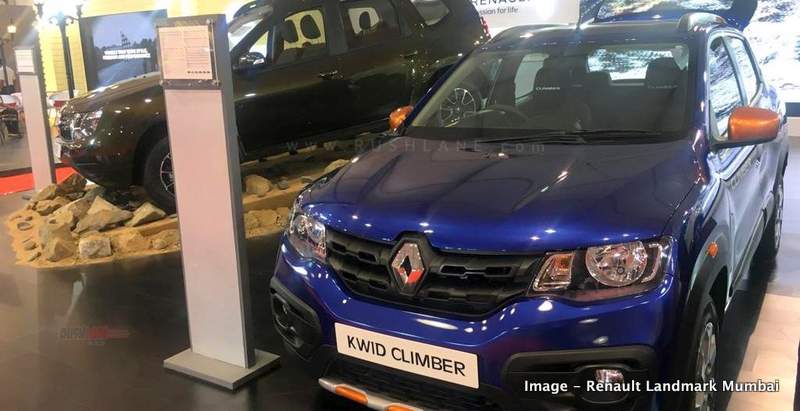 Of the cars in the Renault India lineup, it is the newly launched Triber that has seen the most sales. Kwid was second, and Duster was third, followed by Captur and Lodgy. Total Aug 2019 domestic sales stood at 5,704 units.

The discount schemes offered in the month of August 2019 have now been extended to September with Renault India dealerships extending cash discounts, exchange bonuses and extended warranty schemes on the Kwid, Duster and Captur. September marks the beginning of the festive season and automakers are hopeful that these discounts could bring in some improvement in terms of sales.

There is no discount scheme on the Renault Triber, the 7 seater compact SUV which was launched in India in August 2019 at Rs.4.95 lakhs. It is the best selling Renault car for the Aug 2019 month.

Renault Kwid can now be bought with a cash discount of Rs.20,000, exchange bonus of Rs.20,000 along with a 4 year warranty. The Lodgy has also failed to attract the customer and hence the company plans to discontinue sales of the Lodgy MPV along with that of the Renault Captur. Both cars are available at huge discounts of up to Rs 1.5 lakh.

The auto industry may be in slow down mode but this has not stopped the automakers in their tracks as is seen in the case of Renault India which is gearing up for the launch of the Kwid facelift. The Kwid facelift borrows several design cues from the City K-ZE electric vehicle while its interiors could follow a similar design as seen on the new Renault Triber.

Once launched, the new Renault Kwid will compete with the Maruti Suzuki S-Presso and the Alto. The current Renault Kwid is priced from Rs.2.76-4.75 lakhs but the facelift would be priced a bit higher.

Disclaimer – Discounts are offered by dealers, and they may vary, depending on stock availability. Please check with authorized dealers in your city for exact amount of discount / benefit offered.