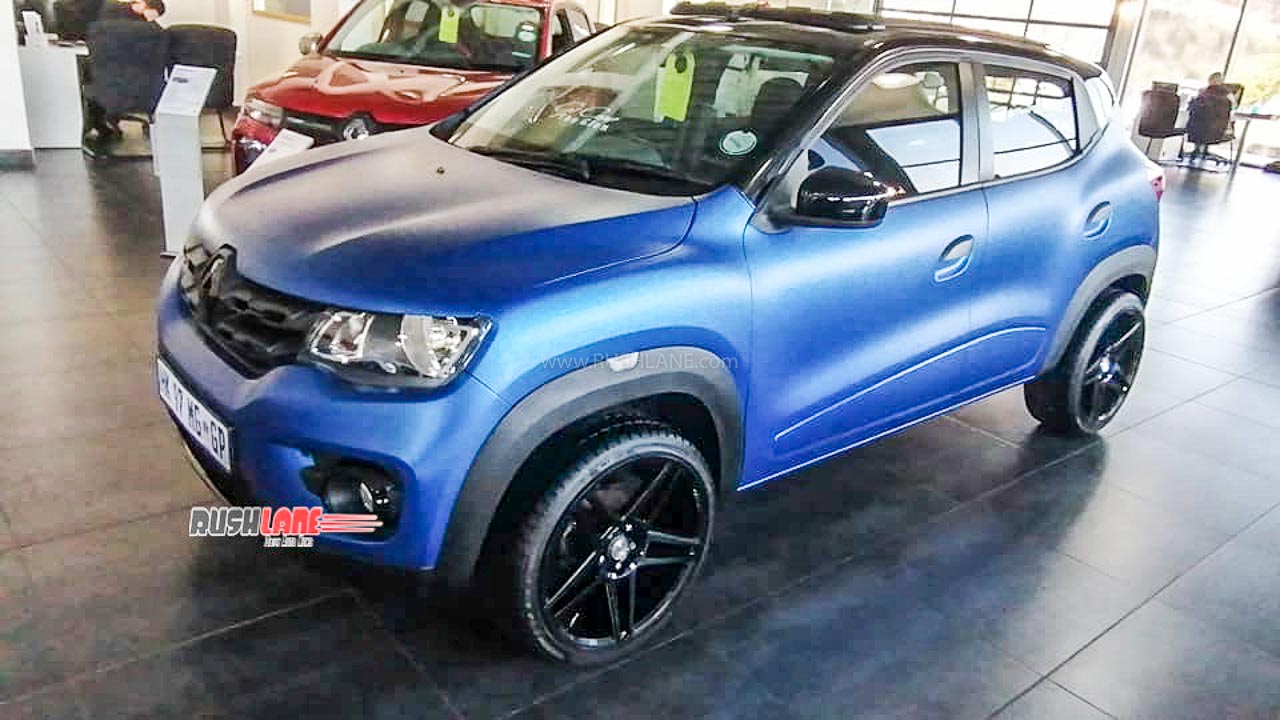 French automaker Renault’s budget offering, Kwid (now in BS6 format) is quite popular on the Indian market. Ex-showroom prices start at Rs 2.94 lakh for its base 800cc ‘Std’ manual variant and cross Rs 5 lakh for the 1.0-litre Climber (O) AMT version. It was only recently that Renault India launched the mid-spec Kwid RXL trim in both BS6 manual and AMT choices.

However, the biggest addition is the soft-top panoramic sunroof. The aftermarket sunroof gets a wind deflector as well. One could point out that the mods would substantially affect the dynamics and structural rigidity of the car. Below is a short walkaround video of the modified Renault Kwid.

The pre-facelift Renault Kwid follows a blacked-out theme and arguably looks better than its stock avatar. Renault of South Africa has already introduced the latest version of the budget hatchback. It is offered in three formats: Expression, Dynamique and Climber. The base Renault Kwid Expression comes at an ex-showroom starting price of 144,800 South African Rand or roughly Rs 6.58 Indian Rupee.

On the other hand, there is only one engine option — the familiar 1.0-litre three-cylinder motor in the exact state of tune. This is available coupled to either a 5-speed manual or 5-speed Easy-R AMT.

Meanwhile, the company is readying its all-new Kiger subcompact crossover. It is based on a revised CMF-A+ architecture, unlike the Kwid’s CMF-A platform. Combined with the success of the Triber sub-four-metre mini-MPV, Renault India will soon have a strong three-product portfolio in the budget segment.