After unveiling the Kwid Electric, Renault India has unveiled the Triber AMT at the 2020 Auto Expo.

Renault Triber, launched in India in August 2019 has been a sales success. As of now, it is only offered with manual transmission option. Soon it will get the AMT option, which made its debut at the Auto Expo today.

Renault Triber is currently offered in 4 trims with the RXE variant priced at Rs.4.99 lakhs and the top of the line RXZ variant getting a price tag of Rs.6.75 lakhs. The Renault Triber is specially designed for the Indian market. It is positioned on a reworked version of the CMF-A platform and measures 3,990mm in length, 1,739mm in width and 1,643mm in height. It gets a wheelbase of 2,636mm and boot space between 84 liters and 625 liters. 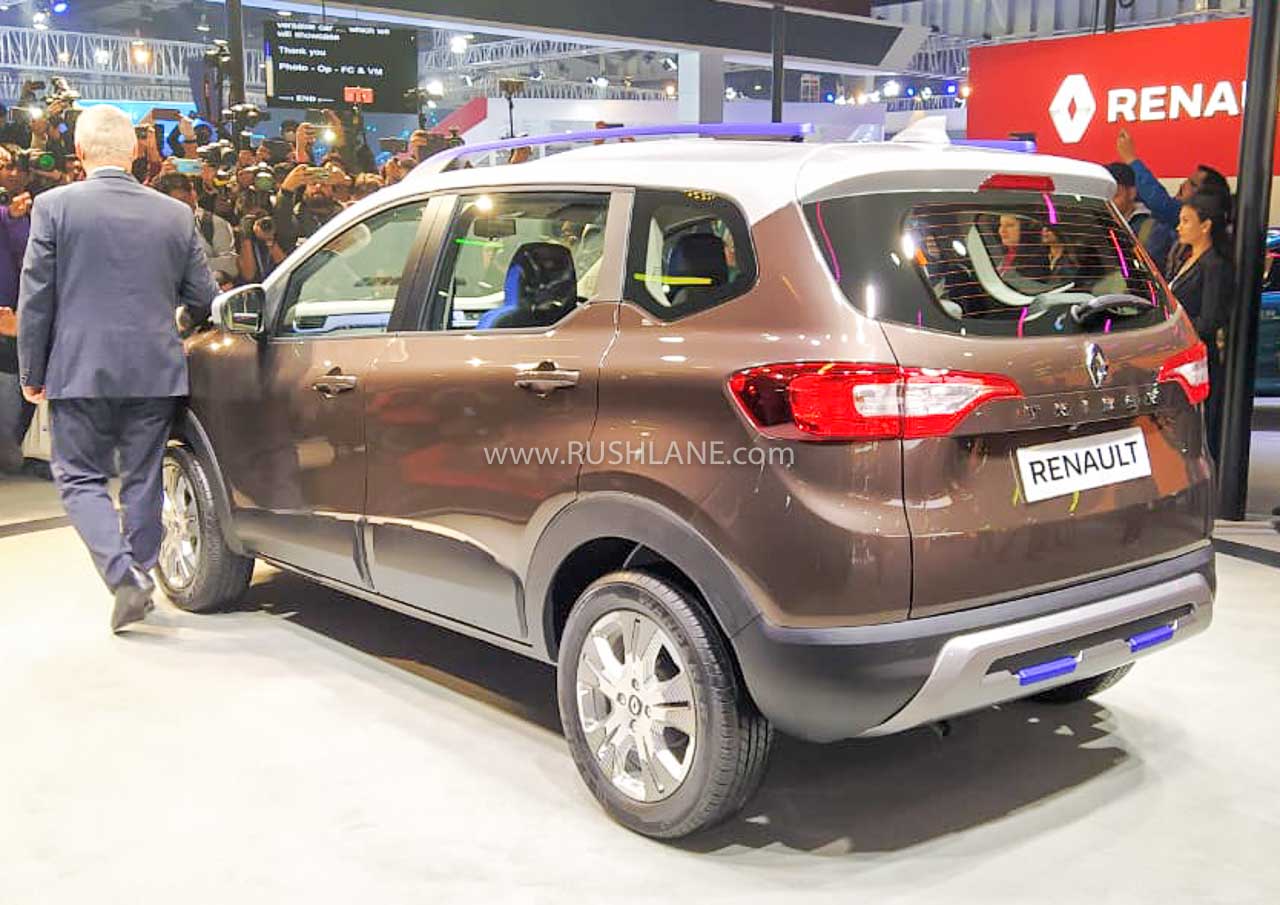 What attracts buyers to the Renault Triber 7 seater MPV is not only its affordable pricing but the fact that it gets a flexible seating arrangement wherein the third row seats are completely removable. As on date, the Renault Triber is powered by a BS6 1.0 liter petrol engine mated to a manual transmission.

The engine delivers 72 PS power at 6,250 rpm and 96 Nm torque at 3,500 rpm. Triber AMT is going to be offered in two RXT and RXZ variants. Fuel efficiency remains same as the manual variant, which is 20.5 kmpl.

Where design elements are concerned, the Triber on test looked identical to its manual counterpart. It gets a new dual tone colour scheme, as seen in the images. It continues to look smart and functional with smart headlamps, body cladding, chunky bumpers, LED DRLs, functional roof rails and an easy boot release system.

Once launched, the Renault Triber AMT with its BS6 engine lineup could see prices increased by up to Rs.40,000-50,000. The Renault Triber does not have a direct rival, but where its price range is concerned, it does come int he crosshair of buyers of cars like Maruti Suzuki Swift, Ford Freestyle, Hyundai Grand i10 Nios, etc in the compact hatchback segment.

Along with noting outstanding sales in the country, Renault India has also started exports of the Triber to African markets. These exports allowed Renault sales to grow 64.27 percent in December. The company now spans exports to outer SAARC regions where the Renault Kwid has also found favor.