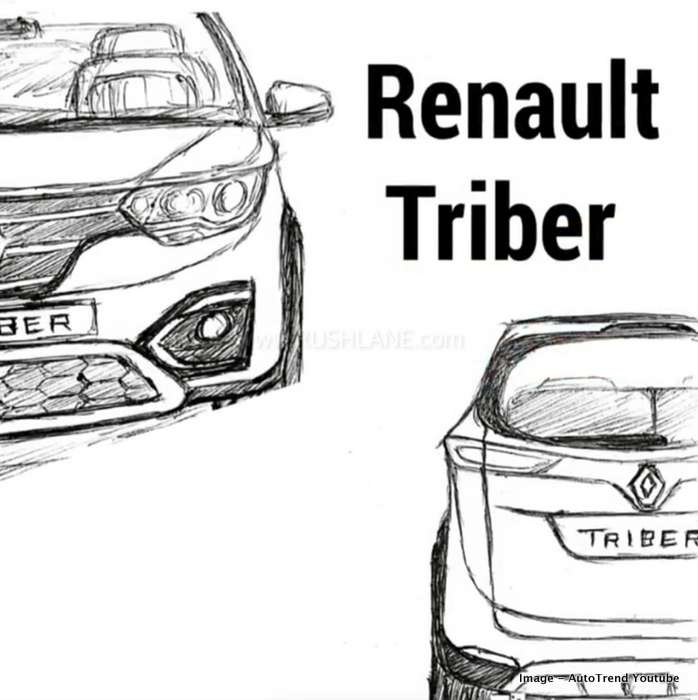 Renault India revealed the name of its new compact 7 seater MPV earlier this month. To be called Triber, it is the same car which until now as referred to as the RBC. The new Renault Triber will launch sometime in July in India. It will be positioned between the Kwid and Duster in the company line-up.

Renault Triber will be positioned on a modified CMF-A platform. It will sport a functional design with extra spacious interiors with best in class space and comfortable seating for upto 7 persons with the smallest footprint possible. Ahead of launch, front and rear design sketches have now leaked.

Triber will be wearing the latest Renault design, which has already been seen in their modern cars like Captur. It will be seen with LED DRLs, a large front grille with chrome accents, projector headlamps, ORVMs with integrated turn lights, LED tail lamps and 16” wheels. 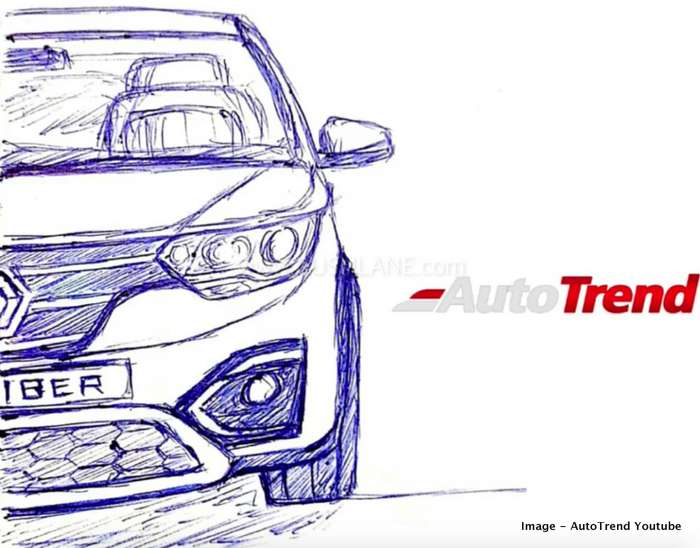 Speaking about the Triber, Renault says – “Get ready for the latest game changer from Renault. A new car that’s been designed and developed for India. Introducing the Renault TRIBER. Built on a revolutionary new platform, defining a new segment, the Renault TRIBER brings you best-in-class space with first-of-its-kind modularity. It’s set to hit the roads in the second half of 2019.”

Judging by earlier spy shots, the cabin of Triber will get a two tone color scheme in black and beige. It will get silver paneling around its trapezoidal air conditioning vents and a large central touchscreen display with Apple CarPlay and Android Auto. The third row seats, which also receive dedicated AC vents can be folded to enhance luggage space. In compliance with new safety regulations, the Renault Triber will be offered with dual front airbags. It will also get rear parking sensors, reverse camera and speed warning system.

Though no engine specifications are revealed as on date, the Renault Triber could be powered by same engine options of Duster. These are 1.5 liter petrol and 1.5 liter diesel. Manual as well as AMT options will be on offer. 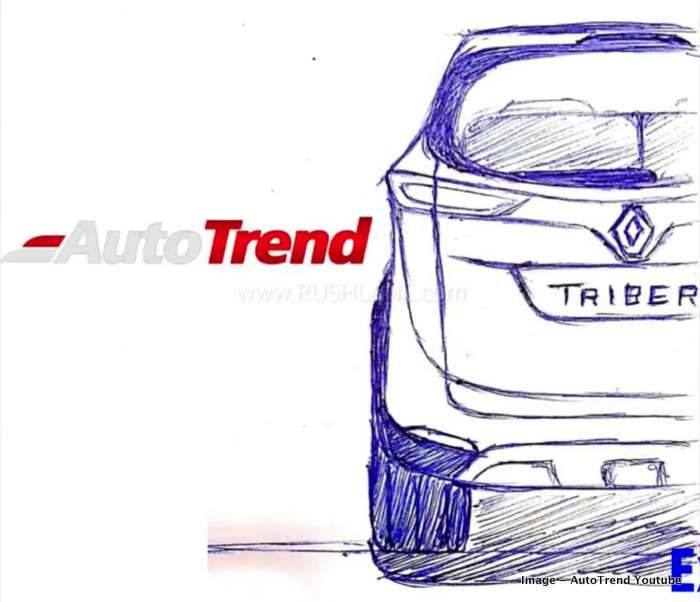 Renault Triber will make its entry into the MPV segment, where it aims to take on the likes of Maruti Ertiga. It is expected to be priced at between Rs 5 lakh and 7.5 lakh, ex-sh.