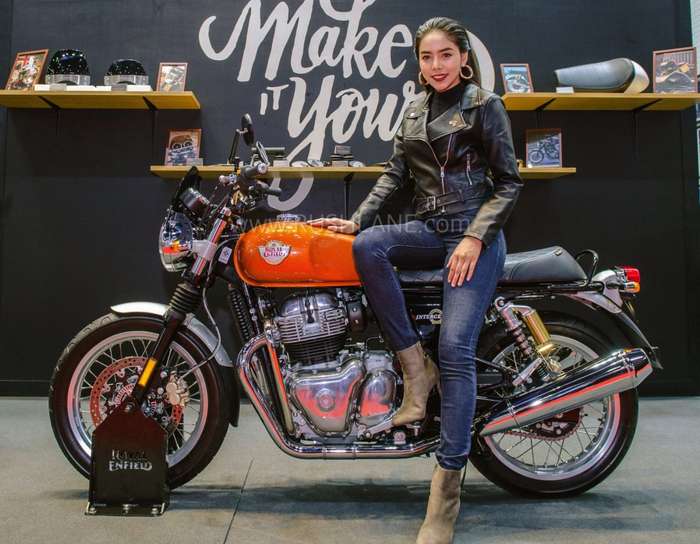 Both these bikes have clocked 5,168 units in just 5 months of launch in India. With waiting periods of anywhere between 4-6 months depending on colors chose, the company has announced an increase in production to 4,500-5,000 units per month, so as to keep up with demand.

Royal Enfield launched the 650 Twins in Vietnam in April 2019 and now Indonesia becomes the latest market to receive these two bikes. In Indonesia, the Royal Enfield Interceptor INT 650 is priced at IDR 184.8 million (Rs 9.02 lakhs) and the Continental GT 650 carries a price tag of IDR 194.3 million (Rs 9.49 lakhs).

Following its latest launch in Vietnam and Indonesia, the Royal Enfield 650 Twins are now also on sale in India, US, UK, Australia, New Zealand and Thailand. Both these bikes cater to separate segment of bikers. The Interceptor INT 650 is a modern retro roadster while the Continental GT 650 is a café racer.

Considering it high demand in the ASEAN region, Royal Enfield is also scheduled to open its first overseas plant later this year. The new plant will be situated in Thailand and will assemble products sourced from India via the CKD route. The 650 Twins will also be assembled in Brazil to cater to local markets while there is also an exclusive store in Seoul and a new outlet in Hanoi, Vietnam.

Both the Royal Enfield Interceptor INT 650 and Continental GT 650 get their power via a newly developed 647cc parallel twin, air cooled, fuel injected engine offering 47 bhp power and 52 Nm torque, thus making it the most powerful engine that has ever been produced by Royal Enfield at its plant in India.

This engine sports a 270 degree crank offering low end torque while the 4 valve heads run on a single overhead camshaft. The engine gets mated to a 6 speed manual gearbox with slipper clutch as standard. Suspension is via 41mm telescopic front forks and twin coil over shocks at the rear while braking is via 320mm and 240mm front and rear discs. Dual channel ABS is offered as standard.