Over the years we have across many such designs that might inspire the Chennai-based manufacturer to take them to production levels. Images of one such design have come across in the form of Enduro 650 which seems to be based on Royal Enfield Interceptor 650. Facebook user Motoskteches has uploaded these renderings to his social media page. 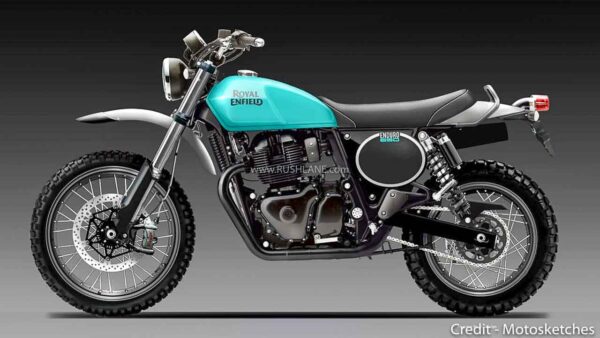 While previous design renderings based on Scrambler 650 have trended on the internet on multiple occasions, the user in this case claims that it is purely an Endurance bike. One might find it difficult to distinguish between a scrambler and a traditional enduro. However, the latter looks inclined to travel on broken or no tarmac whereas the former looks more content to take the streets.

One highlight, as shown in the pictures, are the tyres with a distinct thicker profile at rear in comparison to the front just as typical enduro bikes. The wheels, however, are of 21-inch size for front and 17-inch at rear. The Enduro 650 is equipped with spoke wheels but anything other than that would surely look like a misfit in an enduro.

Signature enduro elements such as minimum body panels, upright stance and high ground clearance are common to these images. The bikes also get high-mounted fenders on front and rear thus leaving a huge gap between them and the wheels. 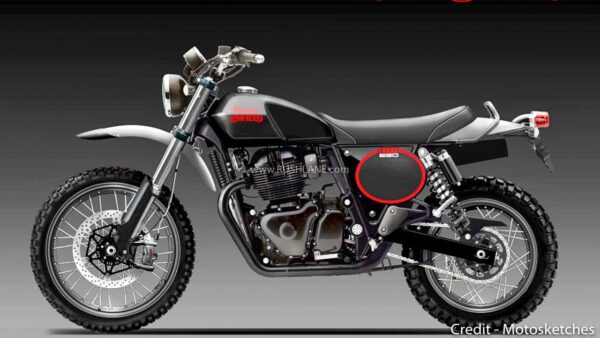 Rest of the bike gets the same retro-classic touch with round headlamps, round taillights, a flat seat and a tall handlebar. The Facebook user says that this bike will run on limited electronic gimmicks and technological gadgets and it will be more about the mechanical character which adds to the riding pleasure.

As the designer puts it, the said bike has been rendered as an old-fashioned Enduro which is simple, logical, very practical and could be offered at an affordable cost.

Only time can tell whether Royal Enfield will go for an Endurance motorcycle by expanding its 650cc range. They could plan to launch a scrambler based on the 650cc platform. Currently, the brand’s 650 range of bikes consists of the Interceptor 650 and Continental GT 650. A cruiser codenamed KX650 is also in the pipelines as it has been spotted on a couple of occasions recently. The 649cc parallel-twin air-cooled motor is capable of generating 47 bhp and 52 Nm of peak torque.