Powering this modified Royal Enfield 650 GT sidecar, is the same 650cc parallel twin engine which dishes out 47 bhp and 52 Nm

Motorcycles with sidecars are quite fascinating to look at and are functionally relevant as well. These have a history dating back to more than a century and were used extensively during World War I and II. Sidecar customization projects are quite popular and we have seen some really interesting creations over the years. In a recent project, Walter Harrius from Cuxhaven, Germany has added an elegant, retro-styled sidecar to his Royal Enfield Continental GT 650.

For this project, the owner has used parts sourced from other motorcycles. For example, the end pipes come from a Triumph 1200. The wheel for the sidecar comes from a Harley whereas the brakes are taken from a Yamaha bike. Talking about the structure of the sidecar, it has been custom built by the owner himself using arches and pipes.

The key highlight of this customization project is the Duna sidecar that has been painted in the same colour shades as that of GT 650 Black Magic colour variant. The Black Magic theme has golden strips on a glossy black fuel tank, which can also be seen on the Duna sidecar. The nose of the sidecar sports a metallic shade, which is the same as can be seen on the engine, exhaust, front fender and headlamp casing of Royal Enfield Continental GT 650. 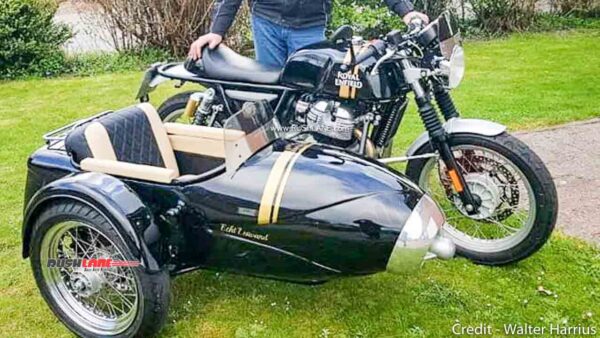 It is worth noting that Duna sidecars were originally offered with motorcycles produced by Hungarian manufacturer Pannonia in the mid twentieth century. As the sidecars were manufactured at a facility located along the Danube river, they were given the name ‘Duna’. These sidecars came with a futuristic design and had a unique rocked shaped nose.

While earlier versions were built using steel, the need to reduce weight prompted the manufacturer to use aluminium at a later stage. These gorgeous sidecars were relegated to history books in 1975 when Pannonia went out of production. 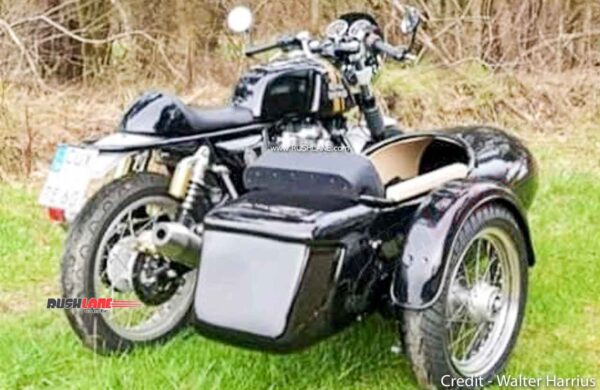 Interiors of this customized Duna sidecar come with a quilted design seat in black and beige colour theme. This enhances the overall look and feel of the sidecar. Together, the GT 650 and the sidecar come across as a seamless unit. It looks like a factory-fitted sidecar and there’s hardly anything that feels out of place.

The owner said that the project was not that difficult even though there were some challenges along the way. He has already tested his three-wheeled creation and it runs quite well. He was able to achieve a top speed of 140 km/h in 5th gear. The owner also said that the sidecar is completely detachable. It takes just around ten minutes to remove the sidecar and go solo again on the Conti GT 650. 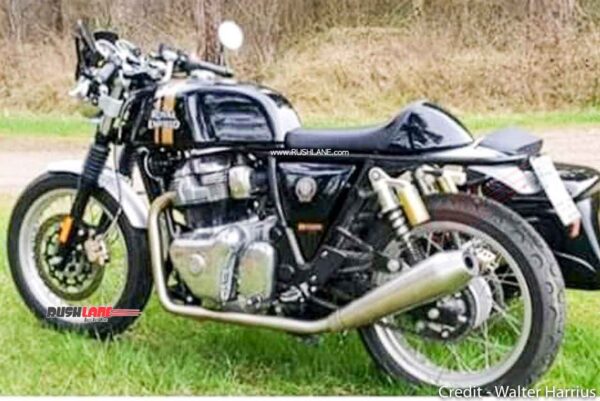