Royal Enfield 650 twins have generated considerable interest among motorcycle enthusiasts. First showcased at the 2017 EICMA, the bikes are now officially on sale across India. Bookings of both the motorcycles opened across 120 brand stores last month. And from what we have heard from the dealers, booking numbers are huge.

Speaking about deliveries, the first Royal Enfield 650 Twins motorcycle has been delivered to its owner. The first 650 Twin to be delivered is the Continental GT 650. First owner in India is Rohit Chauhan (image below), who took delivery on 28th November from dealership in Ambala. First Interceptor 650 motorcycle was delivered by RE store in Nerul, Mumbai. 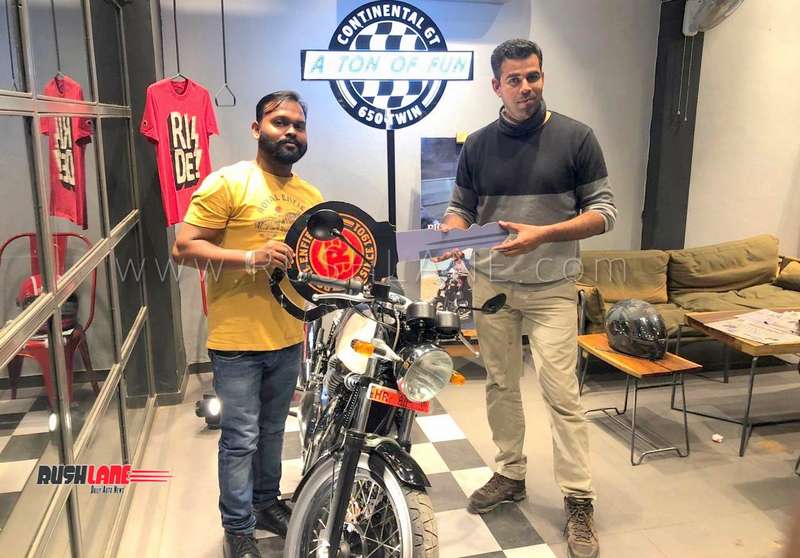 Demand for the 650 Twins is so high that waiting period for Royal Enfield Interceptor 650 and Continental GT 650 has already reached three months. Royal Enfield has kept the prices low, at just about Rs 3 lakh on road, which is another reason why the 650 twins are in great demand. 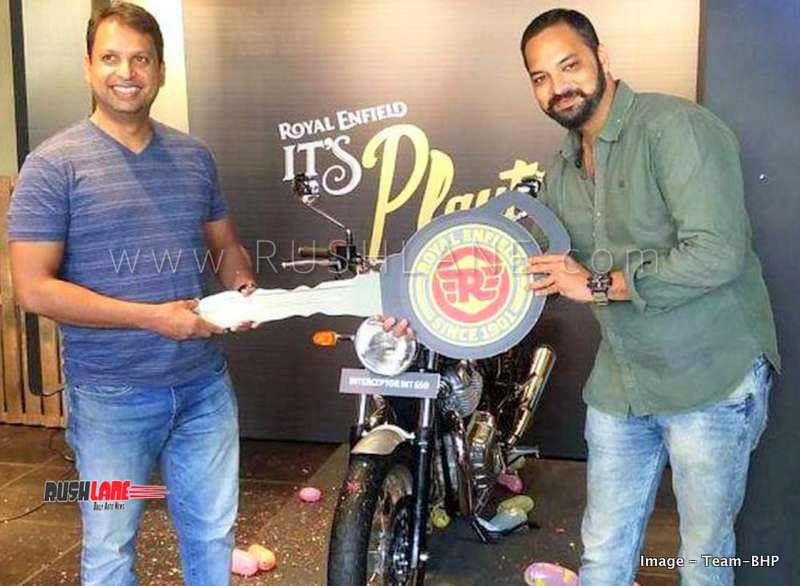 Style: If you are looking for a bike with a sporty stance, you should choose Continental GT 650. Inspired by the cafe racers of 1950s and 60s, Continental GT 650 makes a sportier stance with its clip-on handlebars, forward-leaning riding position, lower ground clearance, sculpted tank and rear-set footpegs.

City roads or highways: 650 twins are suitable for both city traffic and open roads, but riding experience will be slightly different in each case. Interceptor 650 is the more versatile of the two, as it is equally good on city roads as well as highways. On the other hand, Continental GT 650 is more suitable for open roads. It can work in city traffic also, but it will feel a bit heavier and slightly difficult to manoeuvre in heavy traffic conditions. Continental GT 650 is built for speed, so its real potential can be realized on open roads. It’s a real pleasure to drive GT 650 on bends at high speeds.

Comfort: Interceptor 650 is relatively more comfortable when compared to Continental GT 650. This is especially true when you are covering long distances.

Most other things are the same for the 650 twins such as the 648cc, twin cylinder, liquid-cooled engine that makes 47 bhp of max power and 52 Nm of max torque. Engine is mated to a 6-speed transmission, which comes with a slipper clutch for seamless gearshifts. Other common features include telescopic front forks, dual spring gas-charged rear suspension, 320 mm front and 240 mm rear disc brakes, dual-channel ABS (Anti-Lock Braking System), and Pirelli tyres.