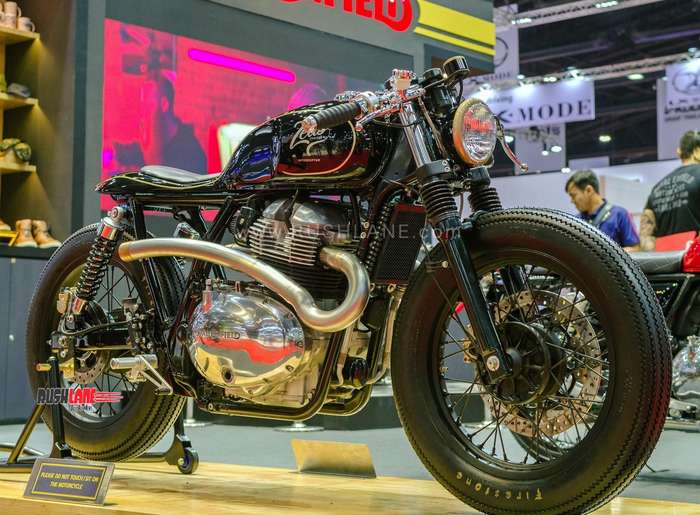 We come across several examples of custom built Royal Enfield motorcycles on a regular basis, but ‘The Prime Project’ by Zeus Custom has to be one of the best. The hand-made cafe racer based on the Royal Enfield 650 Interceptor made it’s world premiere at the ongoing Bangkok Motor Show 2019.

Zeus Custom took just 45 days to execute The Prime Project, after the sketch was approved by Royal Enfield. Given the level of customization and attention to detail involved, completing it in a month and half is a commendable feat. The objective was to come up with a custom motorcycle which oozes luxury and we are inclined to agree that Zeus Custom nailed it.

Save for the instantly recognizable chrome finished engine, pretty much everything else is custom made. While the Prime Project employs the stock motorcycle’s fuel filler cap, the fuel tank has been re-profiled to have a classier appeal (not that the original design is mundane). The fuel tank flows seamlessly into the tailpiece. The designers highlighted this brilliant touch with golden paint strip. 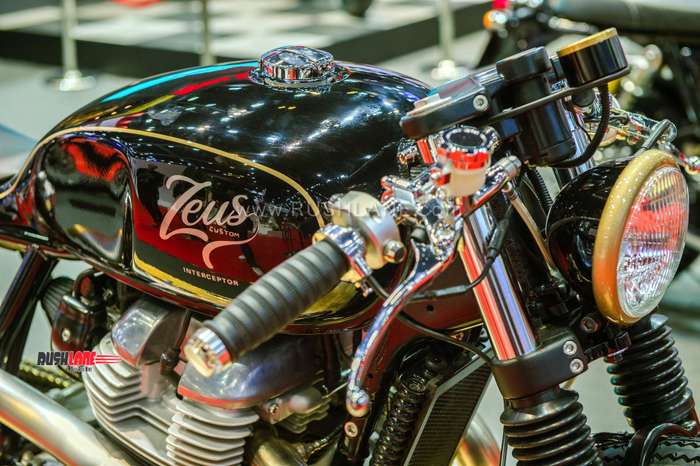 The black and gold combination is also seen on the circular headlamp. The clip-on handle bar sports tastefully done grip and switch gears, and the compass-like speedometer dial is a thing of beauty. We also love the absolutely tiny LED brake light that is ensconced in the tailpiece.

Zeus Custom’s The Prime Project has been done in collaboration with Royal Enfield UK. Royal Enfield has been showcasing custom examples of it’s flagship 650 Twins at every internationally relevant auto show in an attempt to strengthen it’s brand appeal and cover a wider audience. Take a look at the RE Int 650 by ZEUS Custom in photo gallery below.