Royal Enfield 650 modified by RE dealer – Limited to 10 units

Since the introduction of its ‘650 Twins’, Royal Enfield has gained immense popularity across the world. In several foreign markets, the Chennai-based motorcycle manufacturer plays as a compelling and affordable alternative to the likes of entry-level models from Harley-Davidson, Triumph Motorcycles and many other popular names. Even in India, the Continental GT 650 and Interceptor 650 offer good value for what it packs.

They may not be the best middleweight modern classics on the market. Yet, they have set a high benchmark in terms of accessibility. Besides being on a different league from Royal Enfield’s lesser single-cylinder UCE ‘350’ models, the 650 Twins also provide an excellent base for customisations. It is hard to go wrong with a 650 Twin build unless one has a pathetic taste in motorcycle styling.

Over the months, we have shared several 650-based customisations from different parts of India. Here is a scrambler mod based on the Royal Enfield Interceptor 650 all the way from a Latvia (Eastern Europe). Dubbed the ‘Interceptor MCH Scrambler’, the customisation is offered by Royal Enfield’s Latvian dealer partner, Moto Classic House, at a premium of €2530 (Rs 2.11 lakh) over the regular asking price. 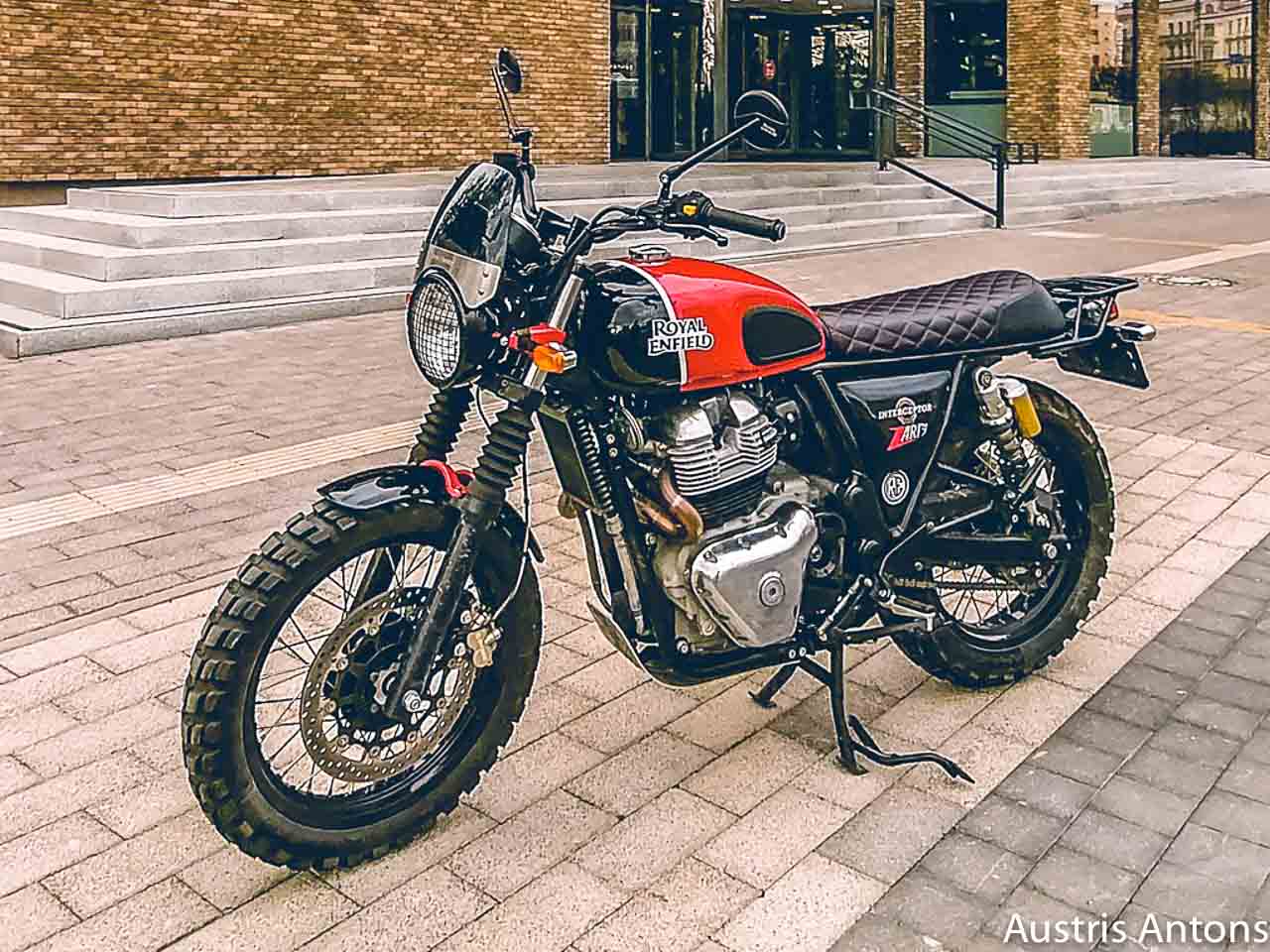 Total price hits €9380 (Rs 7.74 lakh) and the custom motorcycle is limited to just 10 units (most of which were sold already). RE products are still imports in foreign markets. This explains the substantially high price tag in Latvia.

In India, many are eagerly waiting to a see a similar factory-made Royal Enfield scrambler model based on the ‘650’ powertrain. At present, the company is readying the Meteor 350.

Powered by a 648cc SOHC air/oil-cooled parallel-twin, the Royal Enfield 650 Twins make roughly 47bhp @ 7,100rpm and 52Nm @ 5,200rpm. The power plant is mated to a 6-speed transmission via a slipper clutch. As mentioned before, the Interceptor MCH Scrambler receives an ECU update which could bring a slight difference in the output characteristics but not a significant bump on paper.