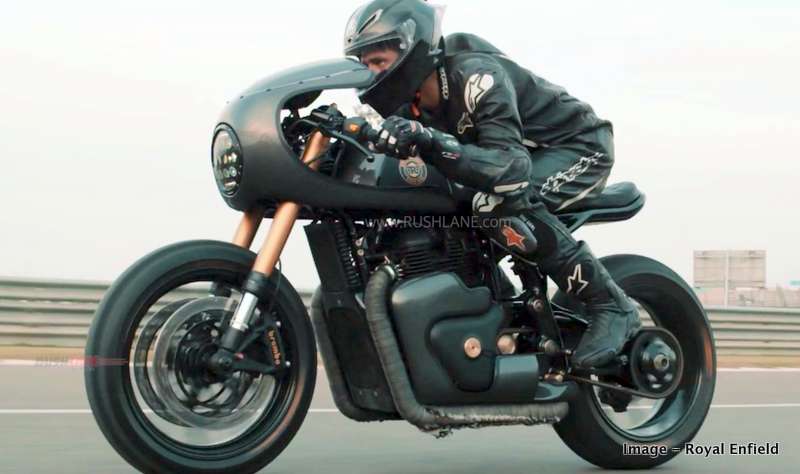 Among the several highly talented custom bike builders in India, Jaipur-based Rajaputana Customs stand out for their interesting concepts, high quality execution and excellent attention to detail. No wonder that the custom bike builder has worked on direct commissions from famed motorcycle brands like Harley Davidson and Triumph.

It took some time but finally, Rajaputana Customs landed an official commission from Royal Enfield. The team was asked by the retro classic motorcycle maker to come up with a custom motorcycle based on the Continental GT 650. The final result is the Rajaputana Customs Vigilante, a sporty cafe racer which looks classy without even trying.

Given the geometry of the chassis, the custom bike builder decided to enhance the cafe racer appeal further. The Vigilante features an all new rear sub-frame, complete with one-sided trellis swing arm. The motorcycle also receives a new minimal tailpiece with a bespoke seat and integrated LED taillight. Below is the video of the bike taking on BIC, created by Royal Enfield.

The custom Royal Enfield Continental GT 650 features a reduced trail for sportier handling. The stock front suspension has been done away with in favor of Showa inverted telescopic fork from Ducati 848 Evo. The rear end too receives suspension upgrade in the form of Ohlins TTX GP.

The race ready Vigilante is equipped with 17-inch Marchesini alloy wheels that are wrapped in Pirelli Diablo Superbike slick tyres. Upmarket Brembo braking system replaces the stock Bybre (Brembo’s Indian subsidiary) unit. While the engine has been retained in its stock avatar, it breathes via K&N pod filters and custom twin exhaust system with brass tips.

The Rajaputana Vigilante’s bodywork consists of a quintessential curvy cafe racer fairing which houses LED headlamp, stock fuel tank with brass colored RE logo and interesting side panels which embrace the crank case. The judicious use of brass accents render the motorcycle a elegant appeal.