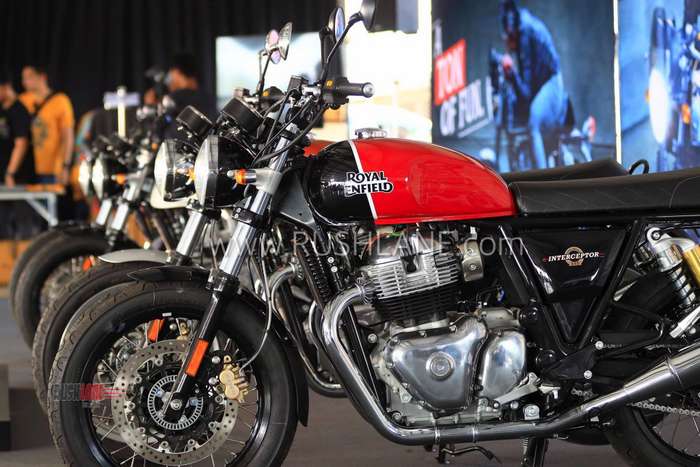 The Royal Enfield 650 Twins, launched in India in November 2018 has taken the segment by storm. Priced aggressively in the Rs 2.5 lakh range, the motorcycle competes with a range of other bikes in the same price segment, which include KTM Duke 390, Ninja 300, Apache 310, Yamaha R3. It also takes on the likes of Harley Street 750 and Jawa, where design and appeal is concerned.

Taking into account sales from the period November 2018 to June 2019, sales of the RE 650 Twins have gone passed the 11,000 unit mark to a total of 11,360 units. This figure, when compared with each of its competitors is the only one in the 5 figure range. It is only the Bajaj Dominar 400 that has come in a close second at 6,215 units while sales of the Yamaha R3 that is at the bottom of the list with only 175 units sold during the period in question. 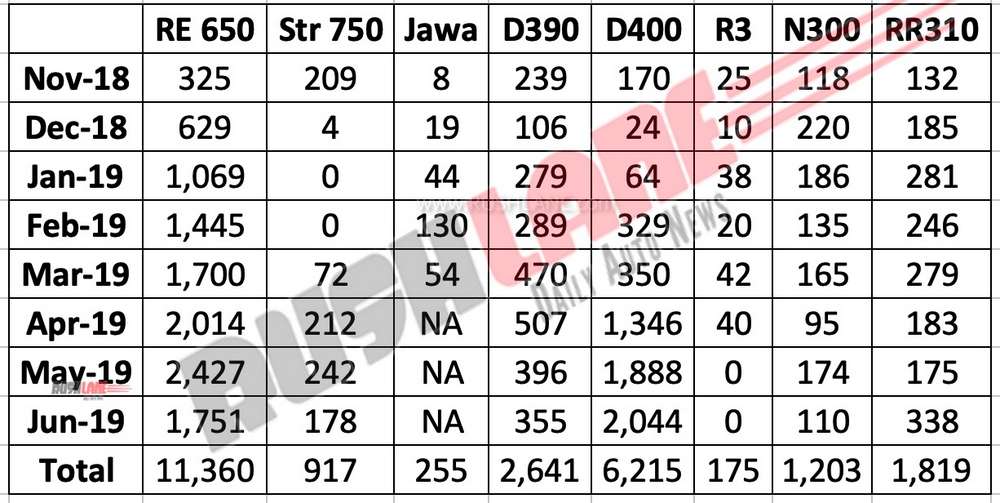 Sales in April jumped to 2,014 units while sales in May stood at 2,427 units. The month of June 2019 has seen sales dip to 1,751 units when the Chennai based bike maker recorded an overall decline of 24 percent during the past month. These sales over the past 8 month have seen a total of 11,360 units of the Royal Enfield 650 Twins Interceptor 650 and Continental GT 650 sold.

Jawa Motorcycles re-entered the Indian motorcycle segment in November with launch of Jawa and Jawa Forty-two, priced at Rs 1.64 lakhs and Rs 1.55 lakhs respectively. Sales got off to a start and the company set targets at around 7,500 units per month, which translates to 90,000 units annually. However, sales in November stood at 8 units and steadily rose to 130 units in February 2019 only to go down again to 54 units in March 2019 taking total sales during the 8 month period to 255 units. Jawa has not revealed sales figures from April 2019 onwards.

Ninja 300 and Apache RR310 have also noted steady sales with N300 sales at a total of 1,203 units in the period November 2018 to June 2019 while sales of the RR310 have reached a total of 1,819 units. The entire two wheeler segment has been in the throes of deep depression over the past few months with industry experts citing no respite in sight over the next few months till the arrival of the festive season.